I’m ploughing on with my series of posts about Villages Perchés (perched villages) because there are so many I’ve still to cover. Today’s village of Utelle is a regular summer club ride and another one of those villages grouped together by the Métropole Nice Côte d’Azur tourist department as the Route des Villages Perchés (Route of Perched Villages). The others are: Aspremont, Carros, Castagniers, Saint-Jeannet, Coaraze, Colomars, Falicon, Duranus, Eze, Levens , La Gaude, Lantosque, La Roquette-sur-Var, Saint-Blaise and Tourrette-Levens.

Utelle is about 64km (40 miles) northeast of Nice, perched on a hill along the Vesubie Gorge not far from the Mercantour National Park. Formerly an agricultural village planted with numerous olive trees, the village is near the Madonne d’Utelle, a chapel that serves as an annual pilgrimage site for local Catholics. Utelle, once an important town, is located at the crossroads of the communication mule tracks linking the Tinée and Vésubie valleys, which previously prospered thanks to the salt trade. The village was an obligatory stopover before going on to Savoie and Piedmont. Even today the traces of a glorious past are omnipresent. This peaceful perched village is also crossed by the famous GR5, a hiking trail linking the Mediterranean to the North Sea over 2500 km.

The village conceals an architectural jewel, the Saint Véran church, which is one of the oldest in the valley. Originally Romanesque and rebuilt in 16th century, the church seems wholly out of proportion for such a small village, with its Romanesque bell tower, Gothic porch and splendid altarpiece. 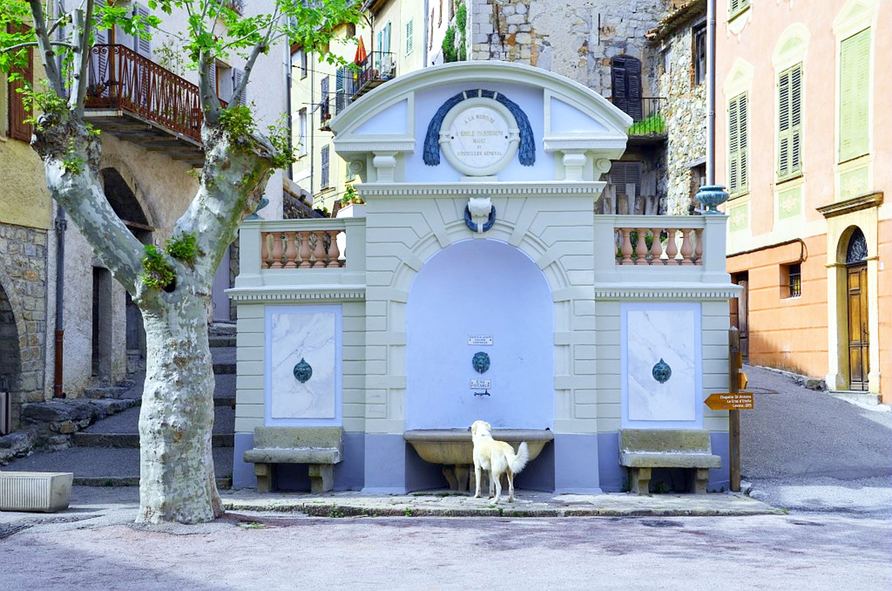 La Place de la République is the historic heart of the village with the church, the Sainte-Christine hospital, the old town hall and this wonderful old fountain dating from 1898. Its water comes from a spring and until 1934 was the village’s only source of water!

Here you can also see Maison Thaon, built in an arcaded gallery, which has two sundials at an angle, surmounting the arms of the house of Savoy and those of the town of Utelle. Opposite, the Maison Thaon is another old noble 18th century residence, also built over arcades and decorated with frescoes.

In summer it’s lovely to stroll through the village’s cobbled streets and alleys to the sound of gurgling water and to admire its medieval houses in old stone, some with arcades, often perfectly restored and decorated with flowers. 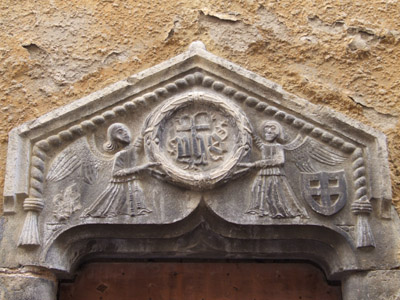 The nearby Baroque chapel of the White Penitents, classified as a Historic Monument, with its facade repainted pale yellow, can be visited on by appointment. 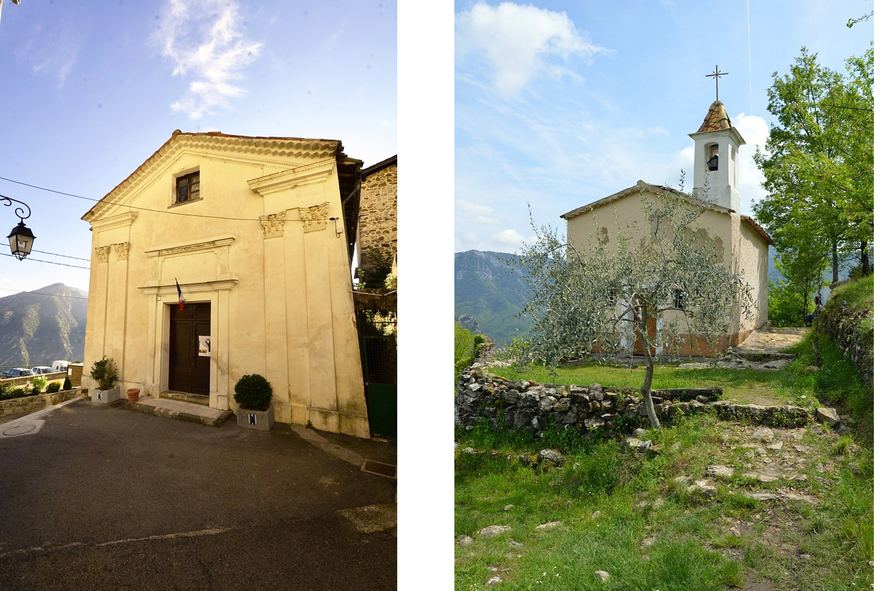 Nearby, the chapel of the White Penitents, classified as a Historic Monument, discreetly Baroque with its facade repainted in pale yellow, can be visited on request. 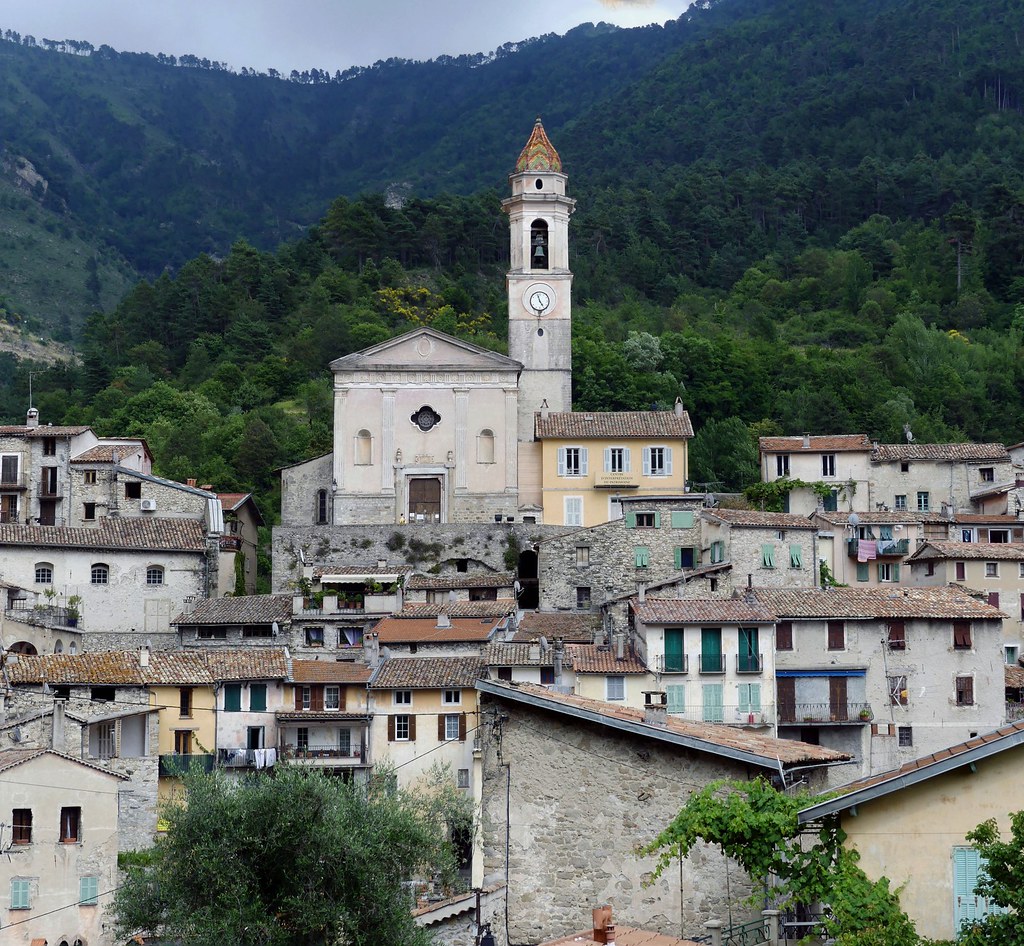 But the village’s biggest draw is the Madonne d’Utelle which is located away from the village in a rather serene and wonderful setting at 1,180 metres (3,870 ft) above sea level where the views stretch from the Alps to the Mediterranean Sea.

The story goes that around the year 850, the Virgin appeared to Spanish sailors caught in a violent storm in the gulf of Nice and saved them from certain shipwreck. In gratitude, they built an oratory on the place indicated by the Virgin Mary to commemorate the miracle. This subsequently expands to become a chapel called the Notre-Dame des Miracles sanctuary; as well as a place of pilgrimage, recognised by the Roman papacy.

In 1510, the daughter of the ruler of Sospel, then deaf and mute, was cured of her afflictions after a pilgrimage to the sanctuary.

The sanctuary didn’t fare too well in the various conflicts. It was devastated during the Revolution, then occupied by the French troops of General Masséna in November 1793 and by General Garnier in May 1801. However the sanctuary was rebuilt in 1806 and in 1871, a cloister was added to mark the millennium of the sanctuary. But over time the sanctuary was abandoned.

It was renovated at the instigation of Father Gil Florini, a parish priest from Saint-Pierre d’Arène, in Nice, and has once again become a place of worship. Important pilgrimages take place there at Easter, Pentecost, 15 August and 8 September. 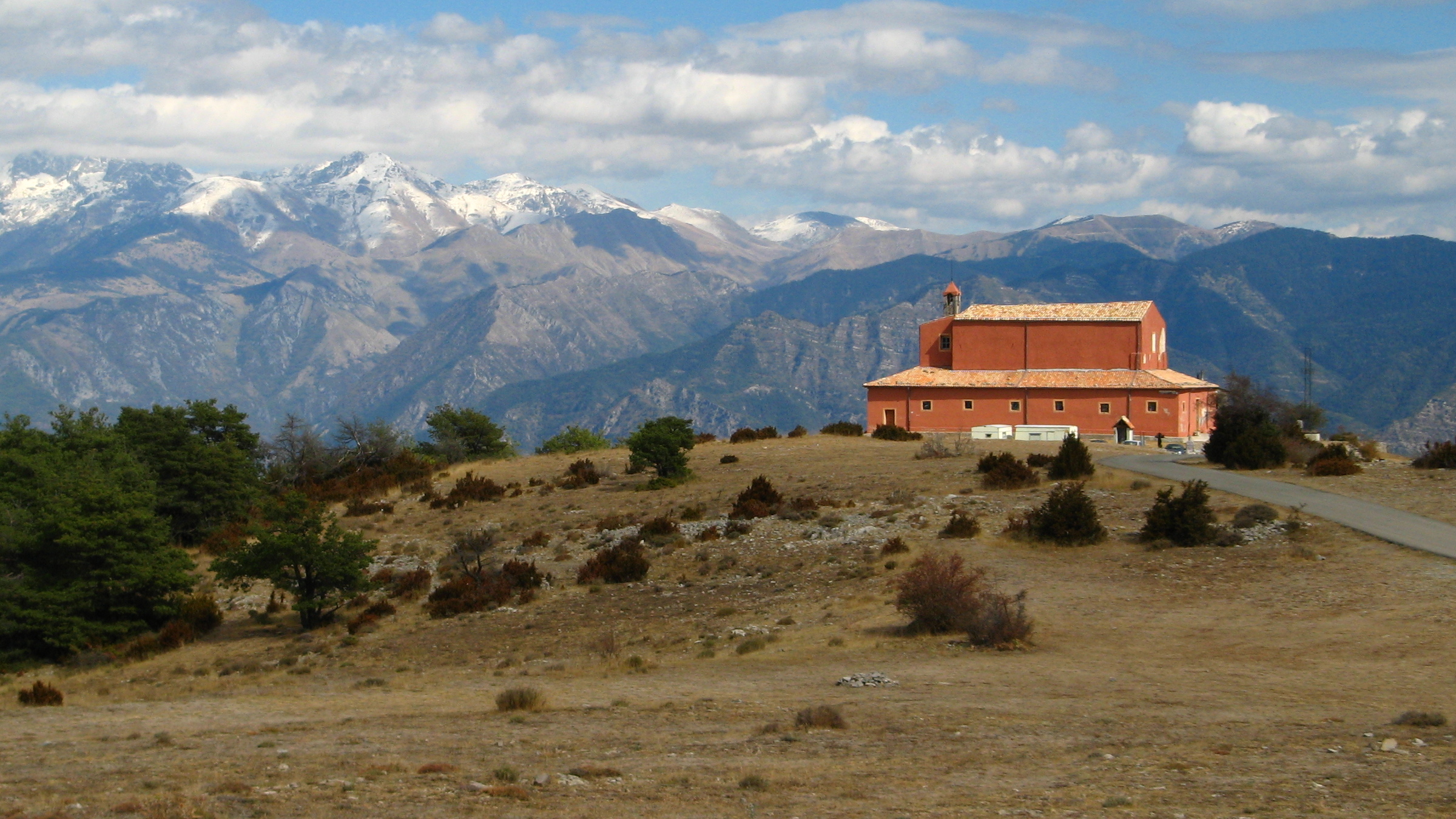 There’s always something worth seeing at these charming perched villages.

28 Comments on “Trip to Utelle”