On the road with Itzulia: Part I

This week I should be in the Spanish Basque Country enjoying its cycling tour, Itzulia, which takes place from 4-9 April. As usual, the route for the 2022 edition showcases some of its finest riding locations. The race is renowned for its enthusiastic fans, steep climbs, and abundance of hilly stages, as well as occasional rough weather, which makes for terrific and competitive racing every year. 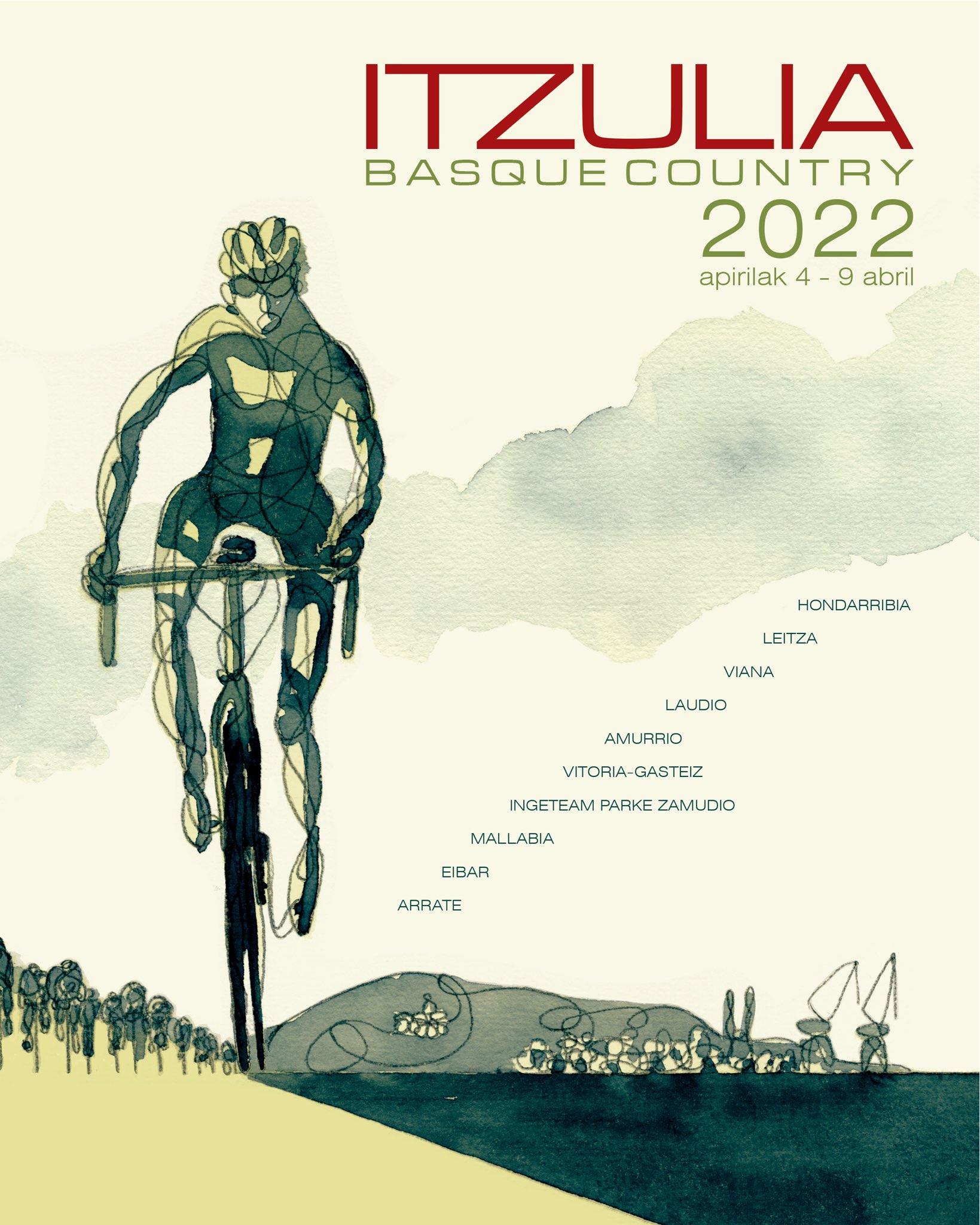 This year ‘s route is as tough as usual, starting off with a sharp and hilly 7.5 km long prologue in Hondarribia, close to the French border. It will then have some slightly easier (typical British understatement) days on stages two and three which may allow some sort of a reduced bunch sprint finish, but from there on the race turns very hard. Every day will be crucial for the general classification, riders though it may provide opportunities for breakaways to succeed. Stages four and five are on typical Basque roller-coaster terrain with those short, sharp, steep hills which culminates on the final day which as usual finishes in the Santuario de Arrate after a brutal day in the surrounding hills.

Towns on the parcours 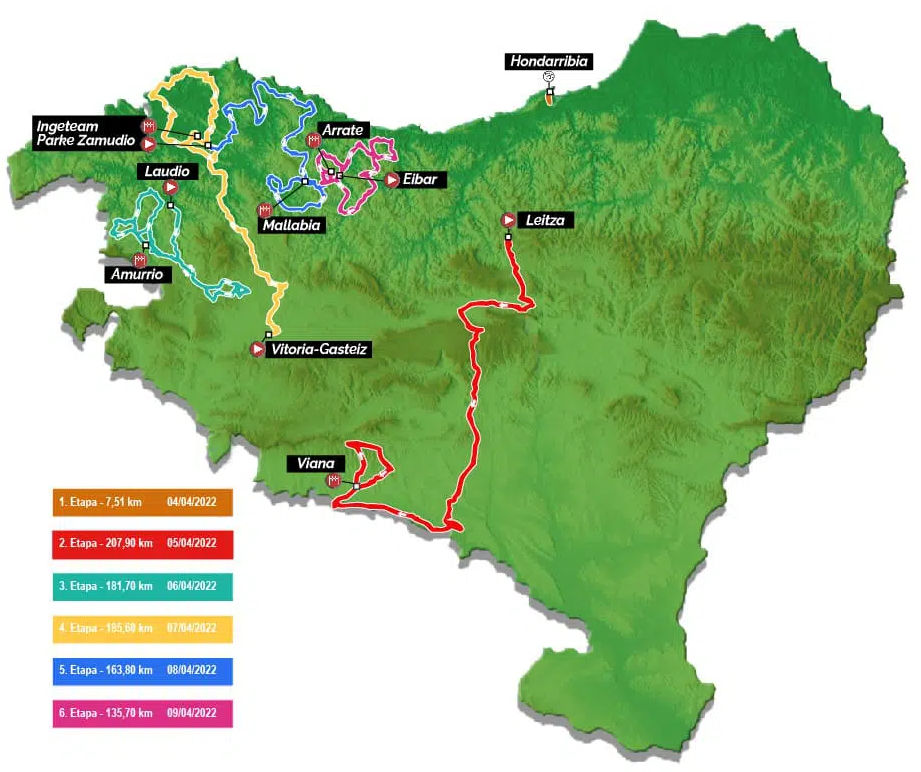 The race’s parcours visits all of the Spanish Basque areas, including one I’ve written about before, Vitoria-Gasteiz, its capital. Let’s have a look at some of the route’s other architectural gems, starting with Hondarribia. 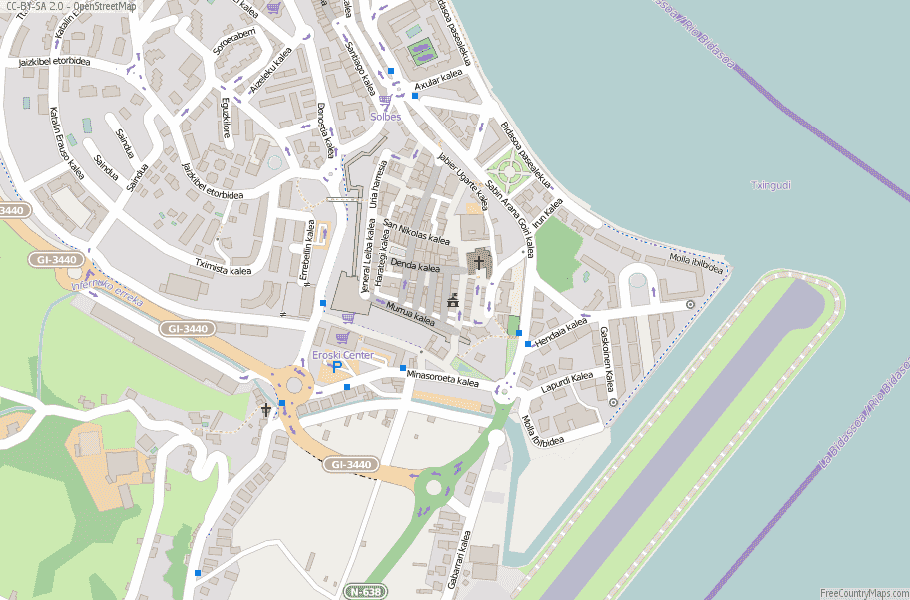 A visit to the splendid Old Quarter in Hondarribia is obligatory. It has a grid street plan, typical of towns founded in the medieval period, as well as narrow cobbled streets. There’s a surprising number of things to view on a gentle stroll around starting at the Santa María Gate, one of the city’s main entrances – the other being the San Nicolás Gate – which leads to Calle Mayor. This is one of the main entrances to the City and originally comprised a variety of elements, such as a drawbridge, gatehouses and even a chapel. Only this simple arch remains along with the former gate’s hinges. Featuring prominently above the arch is the City’s coat of arms, dating from 1694. To the left, the 16th century Santa María Turret.

Along the Main Street the eaves of the buildings protrude, some double and others single, with carved corbels, wrought iron balconies and coats of arms. Here, you’ll also find the Baroque Town Hall (1735); the Casadevante House, where the 1638 Siege truce was negotiated; Zuloaga House, the ancestral home of the count of Torre-Alta, which houses the Historical Archive and the Municipal Library; the visually striking Iriarte House thanks to the wooden framework on its facades; and lastly, the unique blue brick facade of Ladrón de Guevara House. 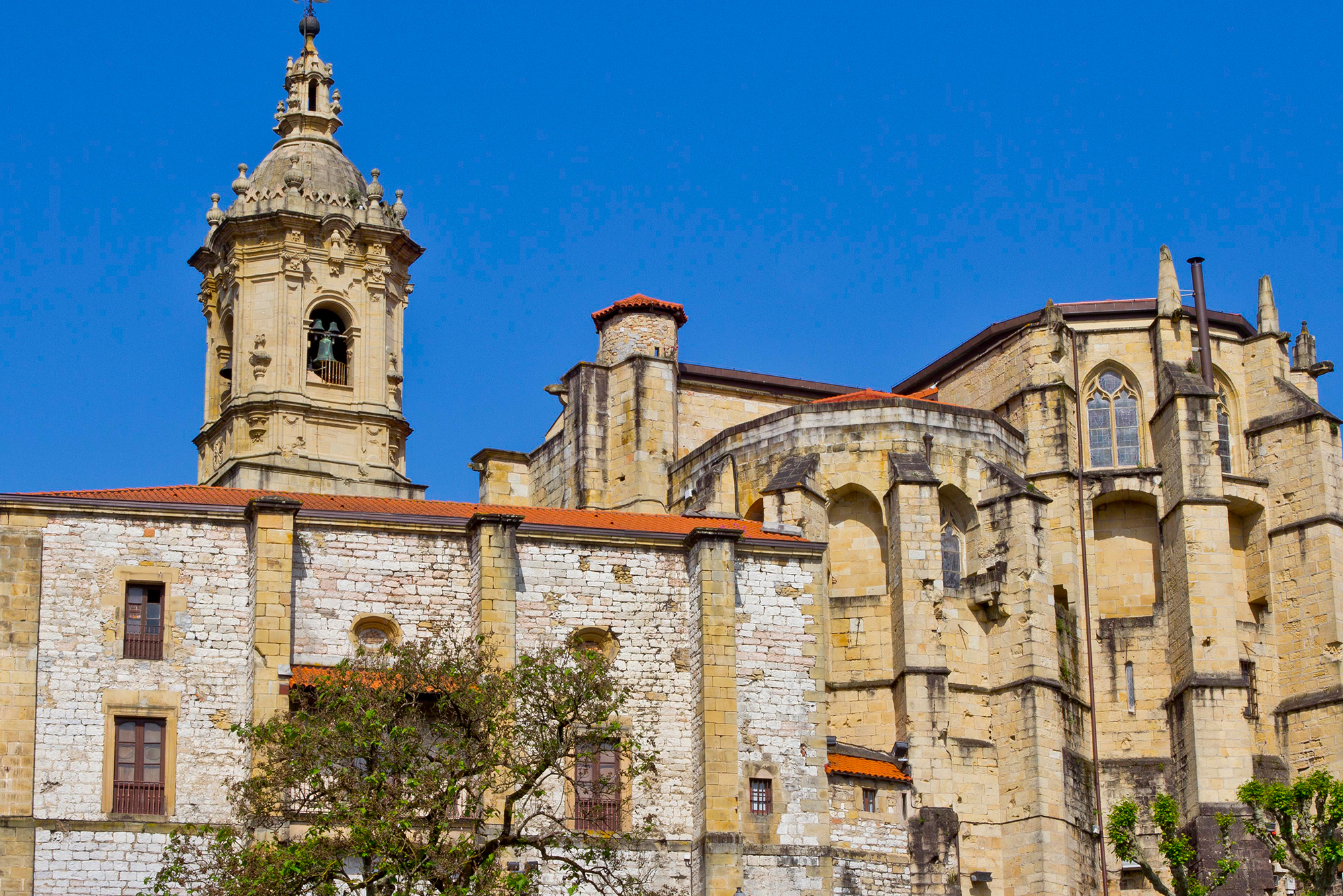 The Gothic 15th century Parish Church of Santa María de la Asunción y del Manzano is built over the fragments of ancient walls and replaced an earlier Romanesque church. Its 18th century bell tower was designed by Francisco de Ibero. The oldest part of the church is its north-facing side which has a beautiful ogee arch over the entrance. To the left is the primitive coat of arms of the City.

The castle’s primitive construction is attributed to Sancho Abarca of Navarre, and its extension and fortification in 1190 to another Navarrese king, Sancho the Wise. The restrained facade corresponds to the period of Charles V. It was at the same time both a castle and a palace.  In 1968 it was renovated and opened as a Parador (state-run hotel). A street with narrow, deep buildings typical of the area with lintelled doors and windows. This was the location of the stately home of the Eguiluz family where Joanna the Mad, daughter of Philip the Handsome, stayed in 1502 when travelling from Brussels to Toledo to be proclaimed heir to the throne. The 16th century outer gate had a bridge that was part drawbridge and part fixed, to overcome the height difference between the gate and the moat. The walkway has been recently restored and is now one of the most practical entrances to the old part of the city. Its strategic location meant that it suffered fierce attacks during numerous sieges of the town. Built in 16th century, it  has since been restored and the walkway reveals the impressive was thickness of its walls. These are the visible remains of the limestone wall that surrounded the town in medieval times. This is the so-called  «Frenchman’s well», which again dates back to 16th century. The often-under-siege walled town had a large number of public and private wells. This is 15 metres deep and always contains water, even in the driest periods. A prominent feature of this street is the building belonging to the family of Antonio de Ubilla, the first Marquis of Rivas, a native of Hondarribia.

This is one of the oldest streets. At the far end is the medieval Palencia House, also called Echevestenea. Cristóbal Rojas y Sandoval was born there in 1502. He pursued an ecclesiastical career, becoming Archbishop of Seville. He was Charles V’s chaplain and the protector of Saint Teresa of Jesus. He is buried in the Collegiate Church of Lerma (Burgos). Hondarribia raised a statue to him opposite his birthplace, in the square that bears his name.

And, this is only a small part of the town’s treasures!

18 Comments on “On the road with Itzulia: Part I”