On the road with Itzulia: Part II

As mentioned yesterday, this week my spirit is in the Spanish Basque Country enjoying its cycling tour, Itzulia, which takes place from 4-9 April. The 2022 edition showcases some of its finest riding locations. Yesterday I covered the race’s debut in Hondarribia, while today I’m going to look at where the race’s last stage starts and finishes, respectively Eibar and its Santuario de Arrate. Two places I have visited many times, often on a bike. (Audio version below).

Eibar, lying on the banks of the river Ego, is an industrial town in Debabarrena, bordering on Bizkaia province and surrounded by the stunning Arrate-Akondia-Urko mountains to the north and Laupago-Galdaramiño-Illordo to the south. It has a total of five separate districts with a rather rural flavour (Otaola, Aginaga, Arrate, Mandiola and Gorosta), in complete contrast to the main town.

As the region’s main urban centre, it has a dense population and is an important trading centre with an interesting cultural heritage which includes 16th century church of San Andres (above), the Unzueta block of flats,  Markeskua Palace and the Town Hall (below). 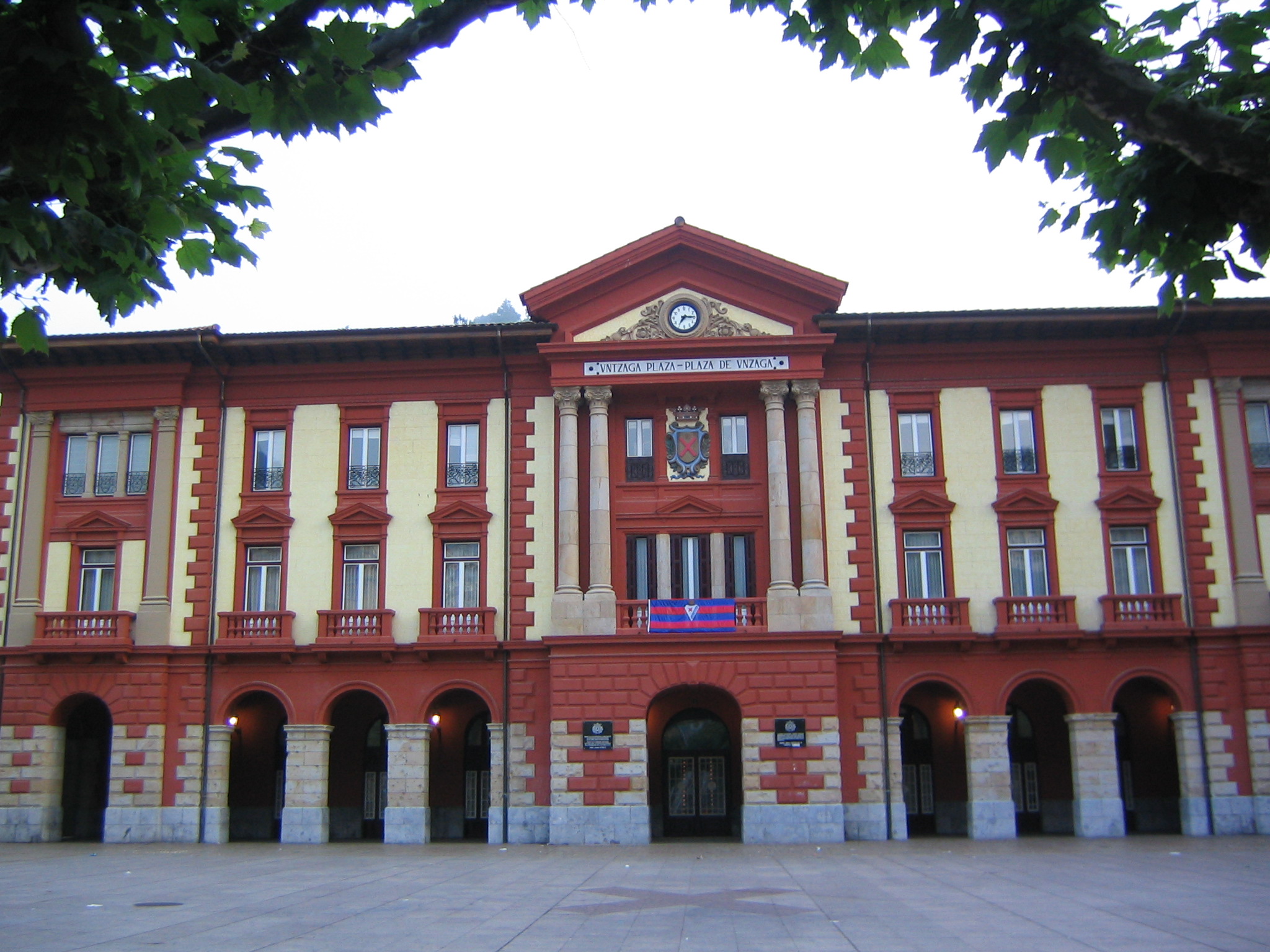 Its most emblematic spot is the Sanctuary of Virgen de Arrate (below), the city’s patron saint. It is a single-nave temple of Gothic style housing paintings by the Eibar-born artist Ignacio Zuloaga. The sanctuary is situated 8 km (5 miles) from the town centre in a picnic area equipped with trees, tables, fountains and playgrounds.

There has been civilisation in the town for pretty much ever. Prehistoric sites testify to human presence in Eibar around the III millennium BC. This area was Caristian (quasi Christian) territory until the Romans pitched up on the Spanish Peninsula and annexed it. This political structure lasted until the invasion of the Visigoths. 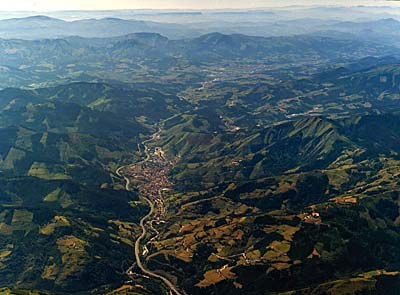 The area was subsequently assigned in 1053 to the Duranguesado region that belonged to the kingdom of Pamplona Nájera (later the kingdom of Navarra ). In 1200, the Castilian King Alfonso VIII acquired control of Duranguesado and integrated this part into Guipúzcoa, while the rest was transferred to the Lord of Vizcaya, Don Diego López de Haro . The town was chartered by Alfonso XI of Castile in 1346 enabling its inhabitants to freely exercise their activities and organise their council outside of feudal powers.

To protect themselves from further invasions, particularly from the French, over the next four centuries the town developed an armaments industry to support the ambitions of  the Castilian monarchy in the Peninsula and in the colonies of the New World. 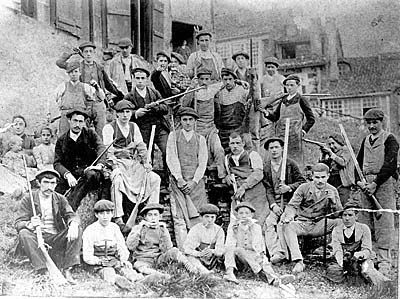 In 1794, French troops razed the city, burning the Town Hall, the schools and part of the Church, along with 116 houses. To protect themselves, the Eibar city council agreed to separate from Guipúzcoa and join Vizcaya while the war lasted. The Federal Pact of Eibar uniting all of the Basque territories was finally signed in June 1869.

The arrival of the railway line in 1887 facilitated the town’s diversification of its small arms industry into other metallurgical products such as sewing machines, auto parts and surgical instruments.

Liberalism took root in the town in 1897 when the factories supplying much needed weapons went on strike. This independent spirit reared its head once more with one of the longest and hardest strikes of 1920 which culminated in the establishment of the ALFA business group as a workers’ cooperative, a common business form in the Basque Country. Consequently, Eibar was considered by many to be the capital of Basque socialism. 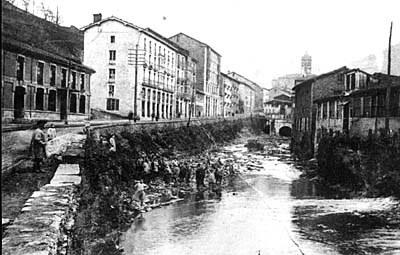 Those armament works made Eibar a target of heavy Nationalist aerial bombardment during the 1936 – 39 Spanish Civil War. Thereafter it was declared part of a “devastated region” and rebuilt within the regional plan developed by the General Franco government. The town enjoyed decades of strong economic growth in the the 50s and 60s, thanks to its greatly diversified industrial activities, accompanied by a significant population increase. This necessitated greater urbanisation of the river valley and the construction of many apartment blocks and industrial buildings, some over the Ego riverbed. 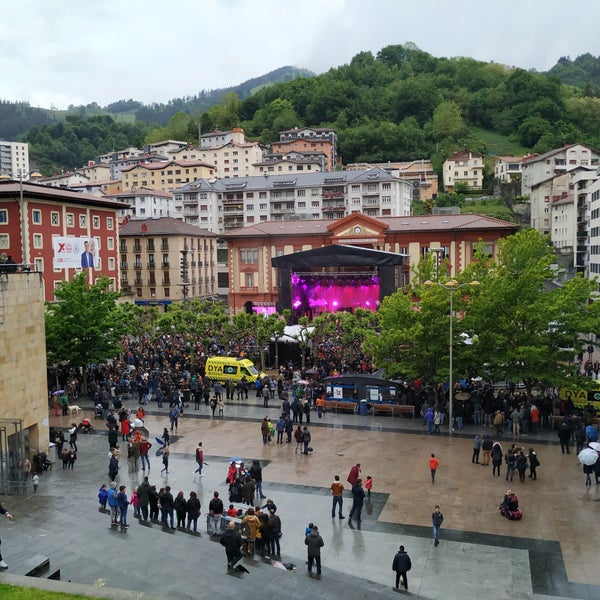 With space at a premium, in the 70s a number of factories (and their workers) relocated. The industrial development bottomed out in early 80s and the population started to decline and didn’t begin to reverse until the start of 21st century when there was a notable recovery in various sectors such as the automotive, machine tool and transformation industries, surviving alongside the other artisanal ones. 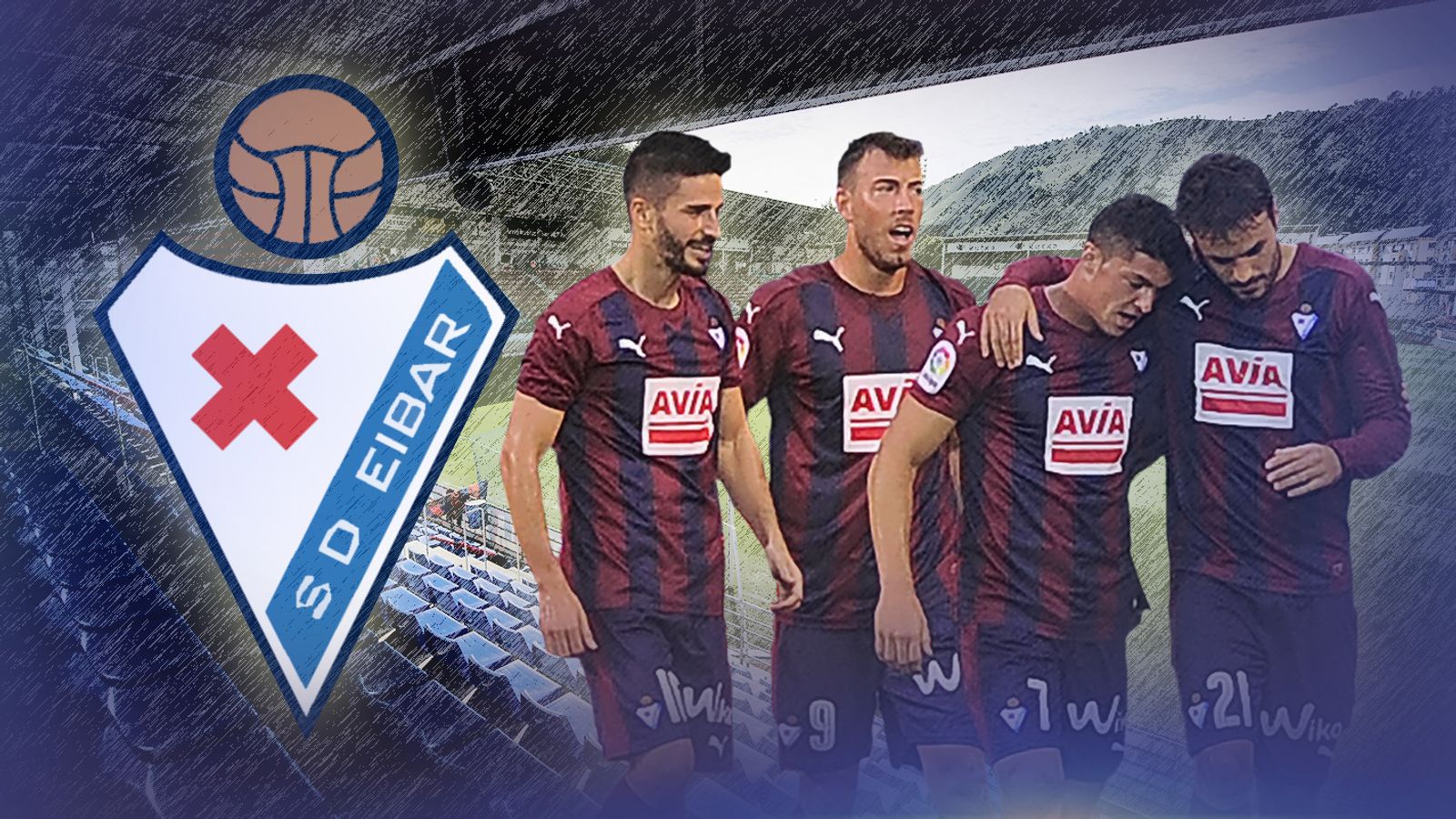 Some of you may have heard of Eibar as its local football team was promoted to La Liga in 2014 and managed to hang around until the end of last season on frankly a minuscule budget, quite possibly less than Lionel Messi’s (FC Barcelona and now PSG) annual salary.

(PS Please excuse my pronunciation of all the Basque names).

10 Comments on “On the road with Itzulia: Part II”