This week my heart is in the Basque Country following the bike race of the same name consequently I’m looking at all things Basque (French and Spanish). With a nod to Easter, I’m kicking off with Basque chocolate from Bayonne.

L’Atelier du Chocolat is a French chocolate company that was set up by Joseph and Madeleine Andrieu in 1951 as a patisserie, chocolate shop and ice cream parlour. Their main chocolate workshop is also  a museum dedicated to all things chocolate – how divine! 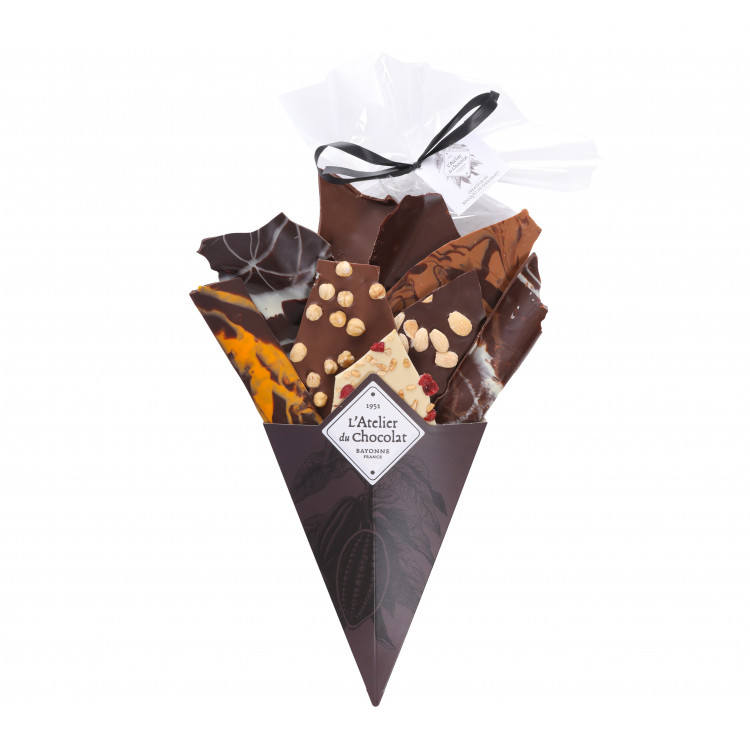 In 1982 the Andrea’s son Serge and his wife Marie-Pierre took over the business. In 1995, inspired by the chocolate sculptor César, Serge decided to work chocolate as if it were sheets of metal. His early confections were like bouquets of flowers made entirely from chocolate and were met with much acclaim, and commercial success. 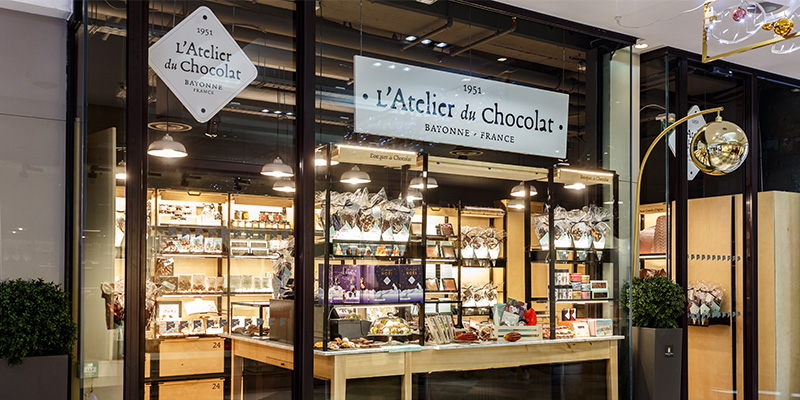 Further shops followed, all of which use the same marketing strategy of working the chocolate in the shop in front of customers. 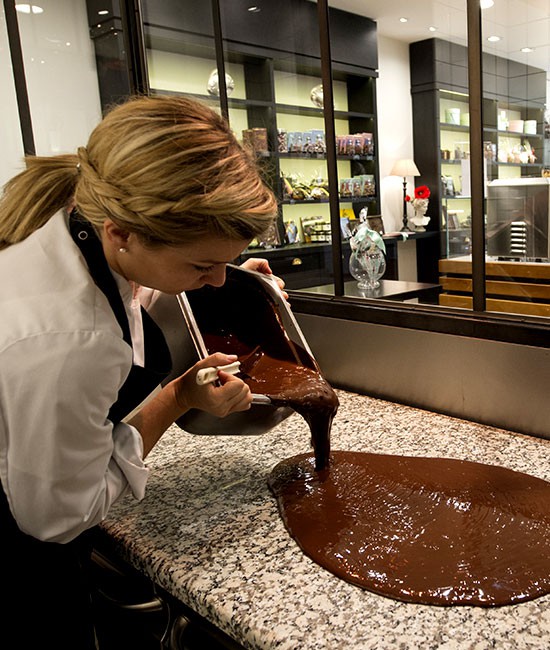 All week long, from Monday to Friday, through the windows of the workshops, you can see chocolate artisans prepare ganaches, pralines and other soft toppings in the tradition of the first chocolate makers in Bayonne. These were Spanish and Portuguese Jews, who fled to Bayonne to avoid persecution, importing the secrets of the transformation of the cocoa bean to France in the 17th century. At the time, chocolate was a popular luxury product among kings and queens, starting with Infanta Maria Theresa of Spain, who introduced it to the Court after her marriage with Louis XIV in Saint Jean de Luz in 1660.

In 2014, Serge recruited marketing specialist Catherine Vinuales, who had developed the Saint Agur blue cheese brand, as President and CEO of Atelier du Chocolat. She has expanded its distribution by setting up a network of franchises in France and rationalised the company’s administrative and accounting systems.

Atelier du Chocolat has 35 boutique workshops in France and employs 150 people, including 50 at the parent company and in its central workshop. 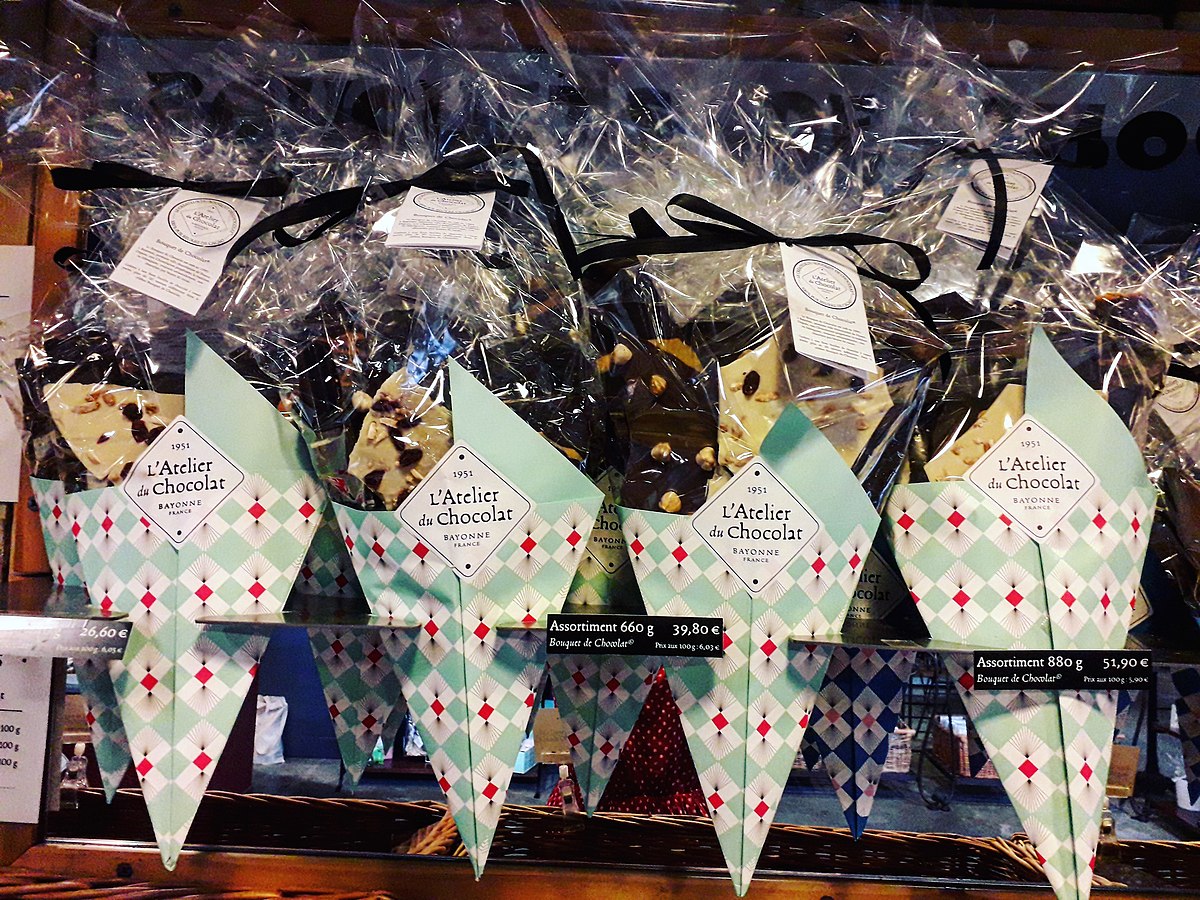 Today, the workshops produce these very thin wafers – 3mms (1/10 of an inch) thick – which pack an immediate, intense flavour and are available in about thirty flavours for making up the company’s famous bouquets. 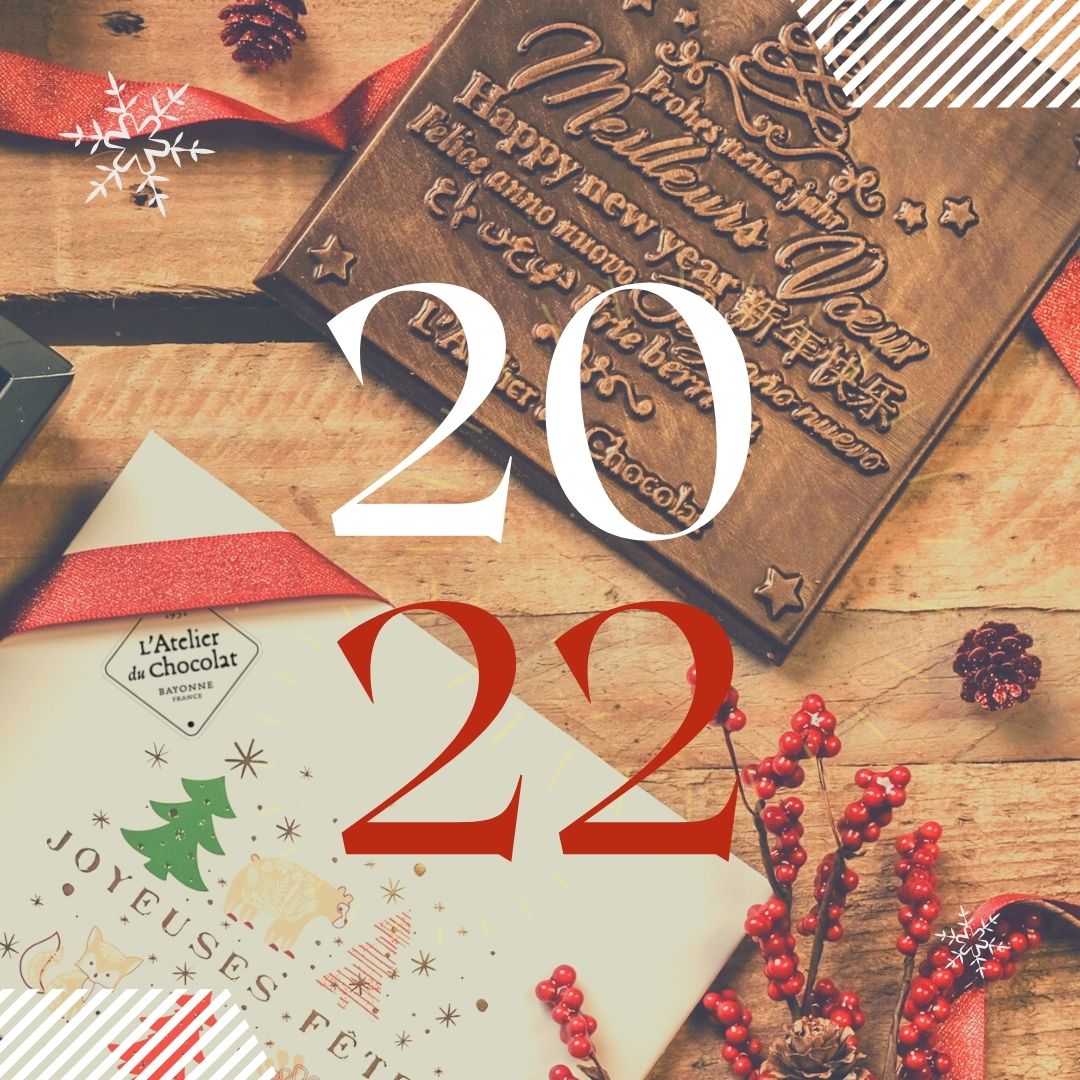 L’Atelier du Chocolat even offers blocks of chocolate with messages, to thank or congratulate the receiver, or to declare one’s passion. It’s a nod to tradition because, in 17th century, the company’s home city of Bayonne used to offer chocolates to prestigious guests passing through, like Marshal Vauban, who was honoured with 8kgs (16lbs) of chocolate when he came to town! 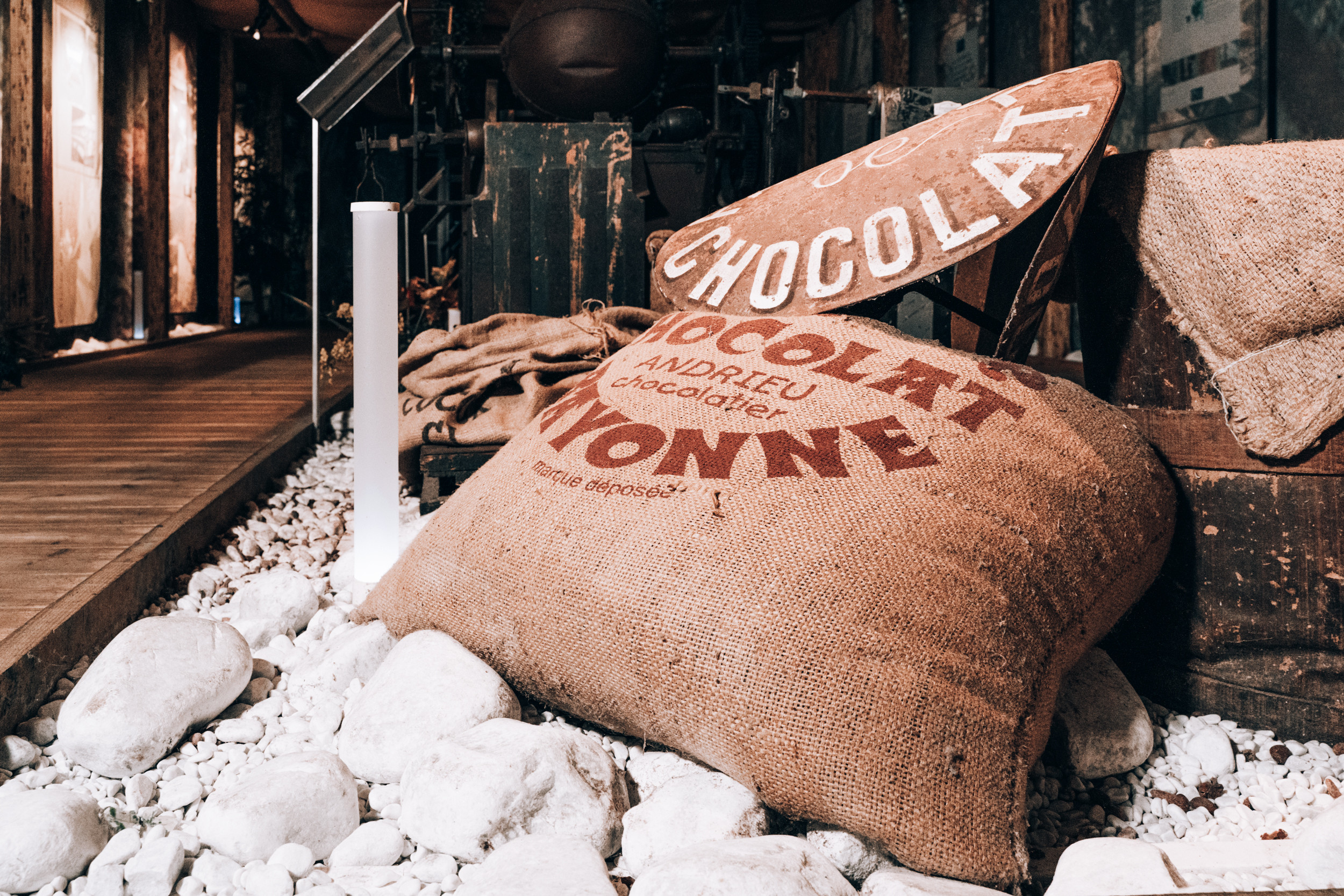 The museum seeks to replicate the atmosphere of the cocoa beans origins. Birds chirp and mottled-green lights evoke the atmosphere of tropical forests where the cocoa trees thrive. A short film traces the path of the cocoa bean from its harvest to the final bite. In addition, you can see a collection of machines and chocolate tools of yesteryear revealing  the start of this chocolate love story in the Pays Basque.

Of course, the best bit of the visit is a taste of the exhibits. In the tasting area you can learn to recognise the grand crus that the chocolatier puts together as an oenologist, like the homemade “kiretsa” (70% cocoa, a unique blend of beans from Ecuador, Sao Tome and the Ivory Coast) and the “extra kiretsa” (97% cocoa, or chocolate from Madagascar).

You can also try new flavours such as dark chocolate spiced up with Basque Espelette pepper, white chocolate with vanilla, almonds and cranberries and a criollo-based tablet, the rarest variety of cocoa in the world, which Bayonne’s “L’Atelier du Chocolat” cultivates in Mexico, thus participating in its preservation.

A visit to the museum is a journey through the history of what was first an Aztec and Mayan drink before reaching Europe via the Spanish conquistadors then onto the mysteries of chocolate making.

Today, although most chocolatiers have become industrialised, Bayonne’s “L’Atelier du Chocolat,” like the companies that form Bayonne’s Academy of Chocolate, carries on the tradition of hand-crafted chocolate.