Chocolate from Piedmont: Part I

This week I’m spending a few days with my beloved in Piedmont. I first visited the area in 2014 with the Giro d’Italia but it took until last year for my beloved to discover the Piedmont countryside with the cycle club. Consequently, he’s been looking forward to returning (with his bike).

In the run up to Easter, I’m looking into all things chocolate which just so happens to be really big in Piedmont – hello Ferrero Rocher!  At this point I should add I’m not a fan of any of their products but the company is hugely successful worldwide, so what do I know? 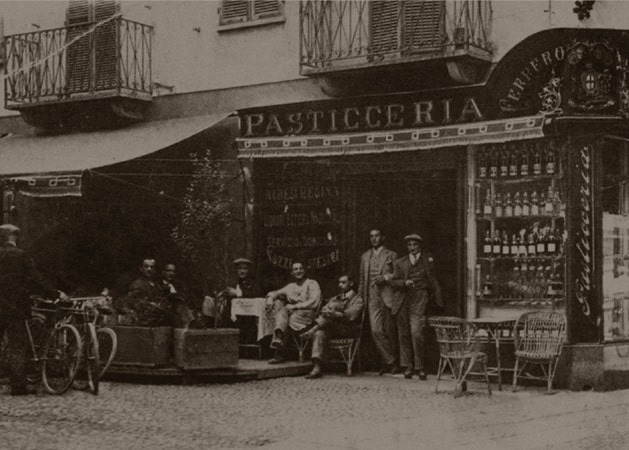 One of the most iconic brands of the Ferrero Group, the Ferrero Rocher was created in 1982 in Alba, a small town in the hills of Piedmont in Italy. The chocolate was inspired by the desire to make the pleasure of a sophisticated chocolate more accessible to a much wider public. Initially sold in Europe, Ferrero Rocher soon became the favourite boxed chocolate for millions around the world. Today, it is the world leader in its category and is sold in 140 countries across 5 continents.

The founder of the company was an enterprising pastry cook named Pietro Ferrero who invented the chocolate and hazelnut spread, that came to be known as Nutella, before passing the business onto further family members. The Ferrero family maintains control of the business to this day though its current Chief Executive is Lapo Civiletti, a long-time employee. Formerly the head of Ferrero’s central and eastern European operations, Civiletti was promoted in 2017 to secure the company’s long-term performance.

Pietro Ferrero was the visionary behind this company. He settled in Alba after a brief stint in Eastern Africa in the 1930s supplying baked goods to the Italian soldiers stationed there. Once back in his native Piedmont he tried to make the best of the shortages of wartime Italian supplies and decided to try to cut some of the cocoa, which was hard to get and expensive, with a more easily obtainable substitute such as locally-grown hazelnuts.

Pietro’s invention, which he called Giandujot, was a riff on an Italian confection called Gianduja, also a child of necessity which traces its origins to the same Italian province of Piedmont (more of which tomorrow). During Napoleon Bonaparte’s ascendency, while vying with the British for supremacy, he banned all trade between Europe and Great Britain. Called the Continental System, it was very difficult to acquire goods not produced in mainland Europe, including, crucially, chocolate and cocoa – an early version of Brexit! 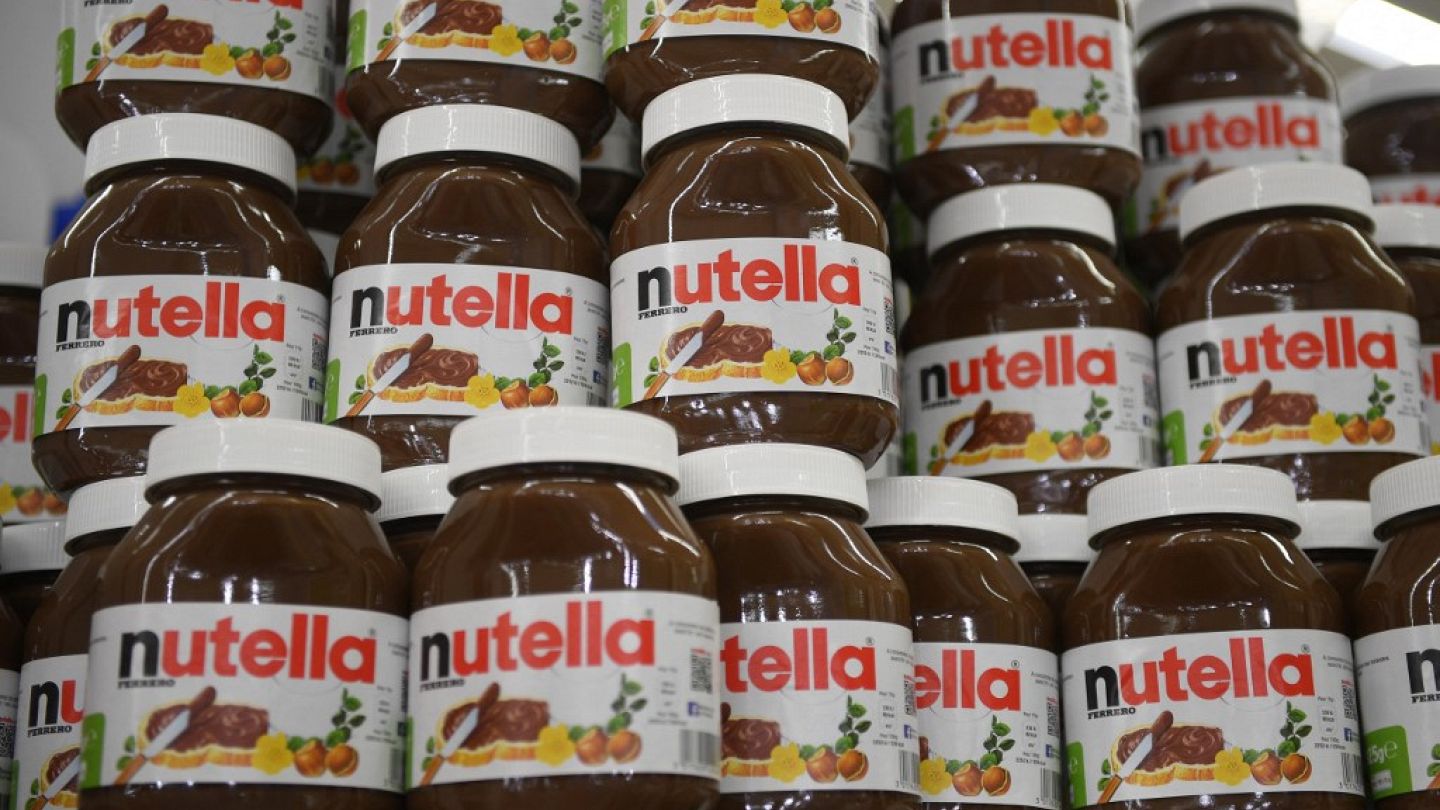 When Pietro died of a heart attack in 1949, his brother Giovanni and his son, Michele, carried on the legacy. That same year they released what they called Supercrema and later transformed into Nutella, a spreadable paste made of ground hazelnuts, palm oil and cocoa powder. The current version of Nutella dates from 1964 and has been taking the world by storm ever since, spawning a legion of devoted fans, including many in France.

Michele Ferrero was a devoted Catholic who had visited the grotto in Lourdes where the Virgin Mary had allegedly appeared in 1858 to a young girl called Bernadette (later made a saint). The grotto is  called the Rocher de Massabielle. Many believe this is the inspiration for the name of the now-famous Ferrero Rocher confectionery.  Its appearance, craggy with chopped hazelnuts, resembles the rough-textured grotto. Supposedly the whole nut in the centre of the chocolate, smothered in Nutella, represents the image of the Virgin Mother that appeared to Saint Bernadette in the middle of the grotto.

Ferrero maintained a devotion to Mary for his entire life. He brought his senior managers to Lourdes and he made sure that a statue of Mary was maintained in each one of his company’s 14 production facilities. 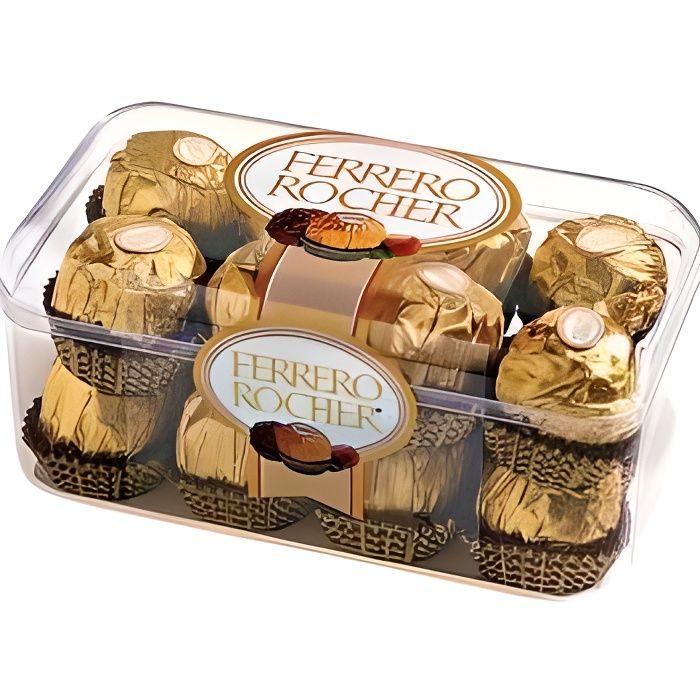 One of the most notable and iconic aspects of Ferrero Rocher is its luxe packaging. Wrapped in gold foil and individually portioned in fluted paper cups. The individually wrapped chocolates are often sold in large format packaging, designed to highlight the gold aspect as much as possible. Clear plastic boxes, which these days are much more eco-friendly than they used to be, show off the gold foil packaging. 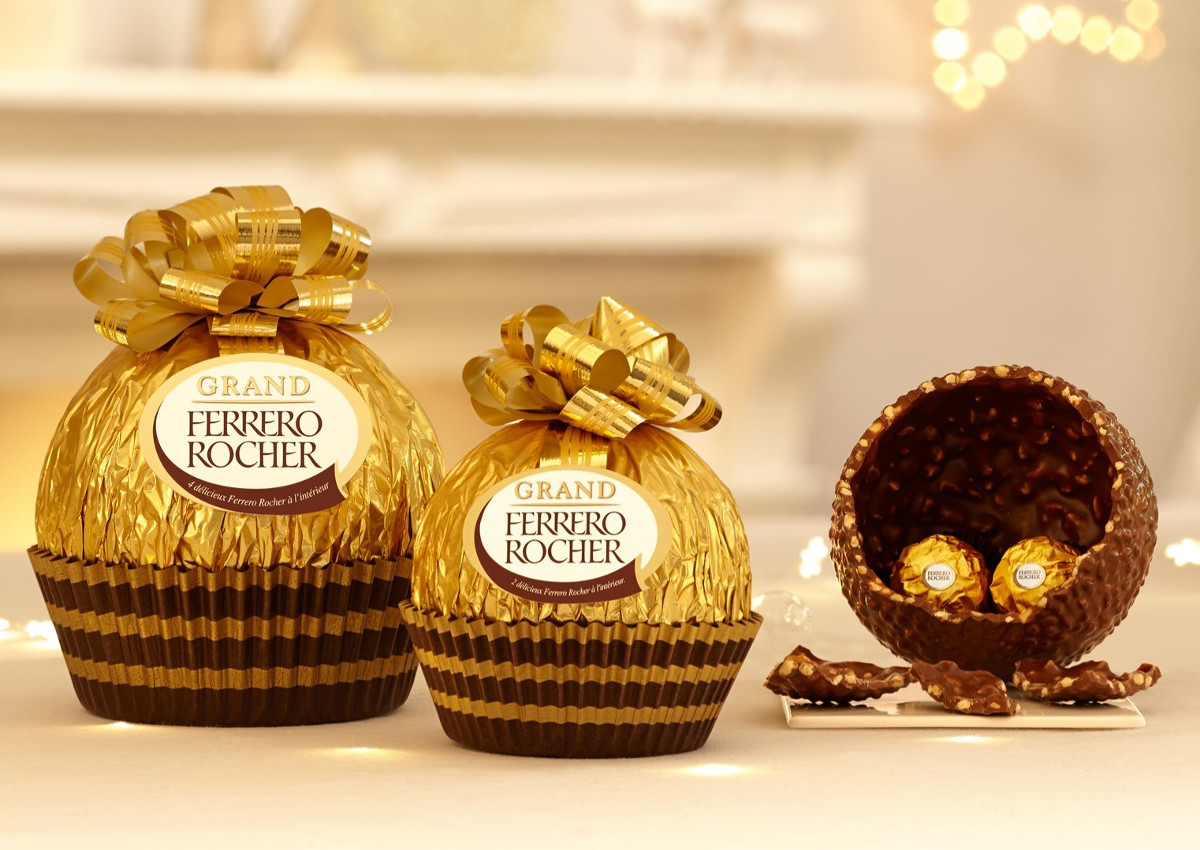 One of the most spectacular packaging options is the Grand Ferrero Rocher which amounts to a giant chocolate and hazelnut shell that gets cracked open only to reveal multiple regularly-sized chocolates inside. Other options include holiday-specific packaging that typically includes the company’s signature gold theme. Unsurprisingly, over 60% of the chocolates’ sales take place in the final three months of the year.

A commercial from the 1990s is both cheesy and fondly remembered.

To this day the Ferrero family maintains that they weren’t being over the top in their depiction of the status of their chocolates and that an ambassador serving them at a reception was only to be expected. Surely, only an Italian ambassador would have done this?

As it turns out, the Italian Ambassador to the UK really did serve Ferrero Rocher chocolates to guests. Ambassador Pasquale Terracciano said:

I was a bit wary at the beginning because of the cliché, […] but then people asked for them –- and they are good, so …

When Michele Ferrero died on Valentine’s Day in 2015, he was the richest man in Italy., having made over US $26 billion from chocolate, according to Forbes.

Ferrero used his vast wealth to give back and started the Fondazione Ferrero which is devoted to helping seniors navigate a world that can often feel like it’s leaving them behind. This foundation is based in the family’s hometown of Alba and has inspired similar organisations in other countries as well. 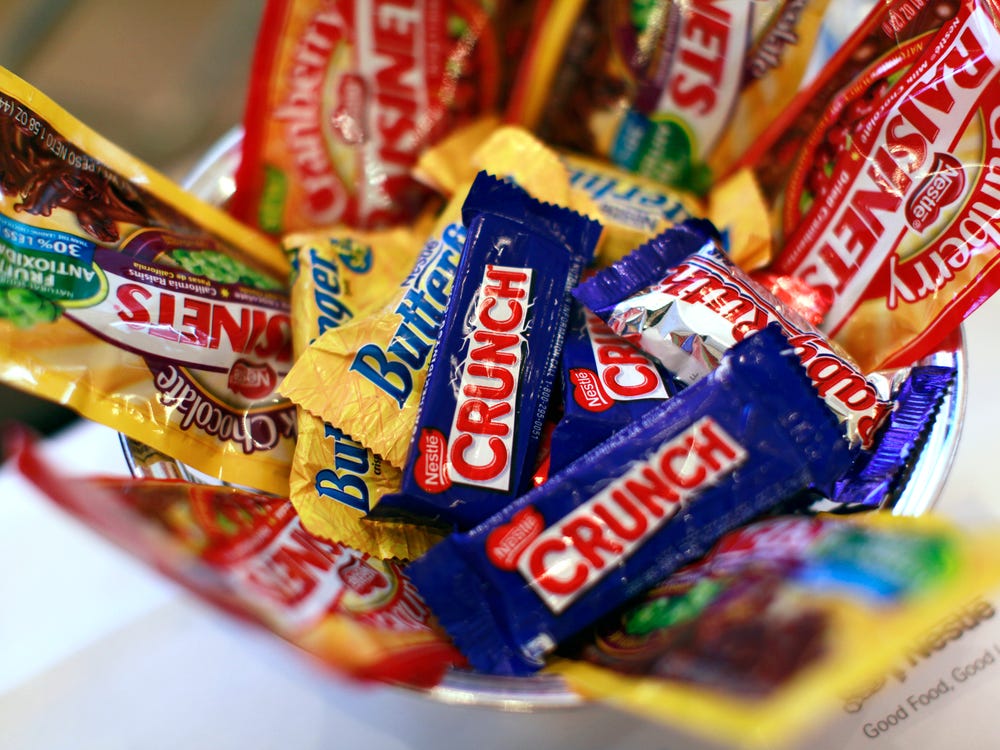 The company has become a major player in the international confectionary market – second largest in the world. It has been involved in several business deals, including a failed attempt at preventing Kraft from taking over the UK’s Cadbury chocolate company. Other acquisitions have included various brands previously owned by Kellogs, the UK’s Thornton’s chocolates, the rights to some of Nestle’s confectionary in US and the rights to make some of the Girl Scout cookies in the States. The company has come a long way from its quiet, Alpine origins.

All images courtesy of Ferrero Rocher

25 Comments on “Chocolate from Piedmont: Part I”