One from the vaults: Two-day trip to Paris 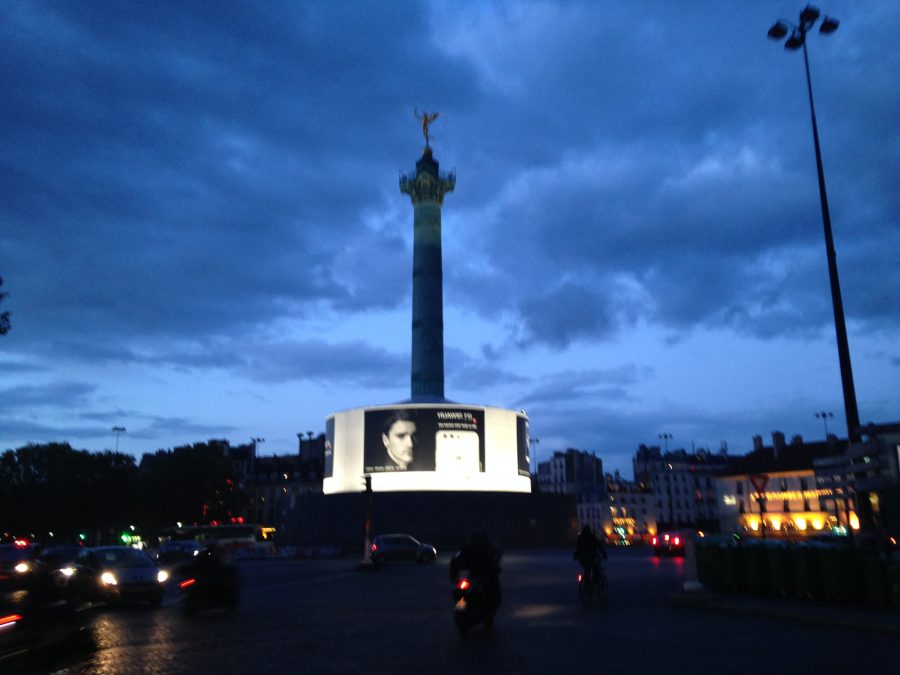 I’m revisiting our April 2017 trip to Paris with my beloved still in the throes of recovering from the operation to repair his broken hip. This is apt as we’ll be heading off to Paris at the beginning of next month.

Yes, it’s finally time for my beloved to get back to work full-time. He has mastered the crutches and can even walk without them for about 20 metres, so it was time to venture forth and meet one of our long-term clients, based in Paris. We opted to travel by train, less stressful, and I agreed to accompany him. He’s not yet ready to fly solo.

The train journey passes along the coast before heading inland. It’s delightful scenery even though it rained for most of the trip. The countryside at this time of year is verdant and lush. New bright green leaves contrast with bursts of bright yellow, pale pink, dark pink and purple blossoms against a backdrop of dark green evergreens, and lush soil every shade of ombre and ochre. April’s mix of sunshine and showers has made everything grow in abundance, from foliage to crops to vines.

There still isn’t a fast route from the Niçois coast to Paris, Marseilles has already bagged it. We’ll get one eventually, most probably via Grenoble. The train slowly winds its way along the coast until it turns inland after Marseilles and heads to Avignon – a place I keep meaning to visit – where it really picks up velocity. In no time at all we’re in Paris, a place that is irredeemably romantic. Just saying the name conjours up the Seine winding its way past Haussmanian buildings under stone bridges with majestic wrought iron lighting catching glimpses of famous sights and monuments. 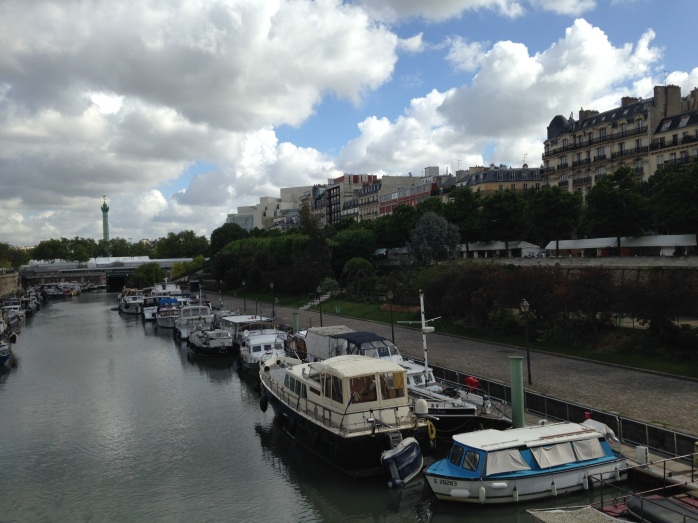 There’s something very restful about train journeys in Europe. The trains are invariably on time, you know exactly where to wait on the platform for your carriage. Trains are not overbooked, all tickets get a reserved seat. That’s right, there’s NO standing. The cost is very reasonable, particularly if you book in advance. We generally travel first-class and enjoy a late lunch in le Train Bleu restaurant at the Gare de Lyon. I just love all than fin de siecle splendour and the food’s pretty good too.

This time we were arriving late afternoon, far too late for even a late lunch. We had decided to stay in a hotel close to the station, within walking distance of Le Marais, and a short taxi ride to my beloved’s client. It was a charming bijou hotel, ideal for an overnight stop after feasting on oysters, lobster and champagne, always our favourite Parisian treat. And fitting, given it was the evening before my beloved’s birthday.

The following morning, after breakfast in a nearby brasserie, my beloved set off for his appointment, which was bound to include lunch, leaving me with a few precious hours to wander around Paris on my own – sheer bliss.

It was cold and damp to start with and I needed to walk briskly just to keep warm. I was wearing a layer too few. At one point I thought it was going to start raining but the moment passed and, thankfully, the sun came out. I just love wandering around Paris, so many independent specialist shops, many dating back hundreds of years. Of course, I particularly love all the food shops. 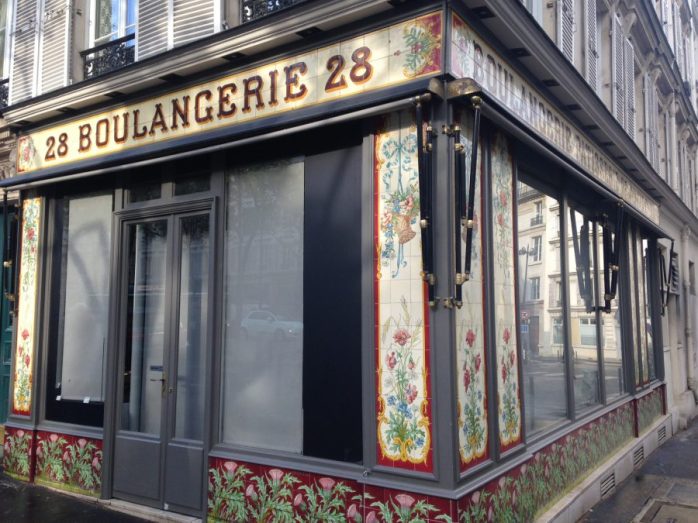 As I wander the streets, there’s always something to look at be it a wrought iron balcony, a beautiful street lamp, colourful  window boxes crammed with flowering plants, secret alleyways leading who knows where and wrought iron gates protecting someone’s heritage. 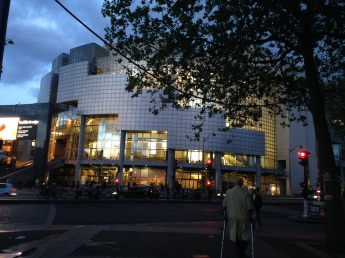 I also spotted some recent graffiti!

I didn’t indulge in as much window shopping as I usually do, probably because I had a destination in mind. I wanted to check out the summer collection of a German brand that I generally have to buy over the internet because it has limited availability in France and no outlets closer to me than Lyon. While its website is excellent it’s sometimes difficult to exactly discern the colour. Is is grey, beige or greige? Of course, I love all three but there were a couple of trouser styles, jackets and tops I wanted to check out.

On my early stroll I had spotted that rare beast in France, a vegan restaurant, which I wanted to try for lunch. It was excellent and I’ve made a note of its location, along with a couple of other restaurants, for us to try on our September anniversary trip. Of course, we’ll also be revisiting the site of our oyster fest.

After my enjoyable few hours, I met up with my beloved in Le Train Bleu bar where we took full advantage of the free WiFi, facilities and excellent tea. In no time at all, it was all abord for the return trip and a gentle snooze as the train purred all the way to Antibes. I have that fortunate knack of being able to power-nap anywhere at anytime.

The sun shone brighter as the train reached the south, stopping in Marseille after three or so hours before resuming its snail’s pace progression along the Med. Christophe, our uberfriendly and uberreliable local taxi driver, picked us up and whisked us back home. It had been a lovely trip, now I had to get everything ready for our maiden trip to Sardinia and 100th Giro d’Italia.

38 Comments on “One from the vaults: Two-day trip to Paris”