[Yet another] Postcard from Alassio: Part I

It’s becoming quite tricky to find things to write about when it comes to Alassio, our home-from-home just up the coast, where last week we enjoyed a few days of farniente and Aperol Spritzs. 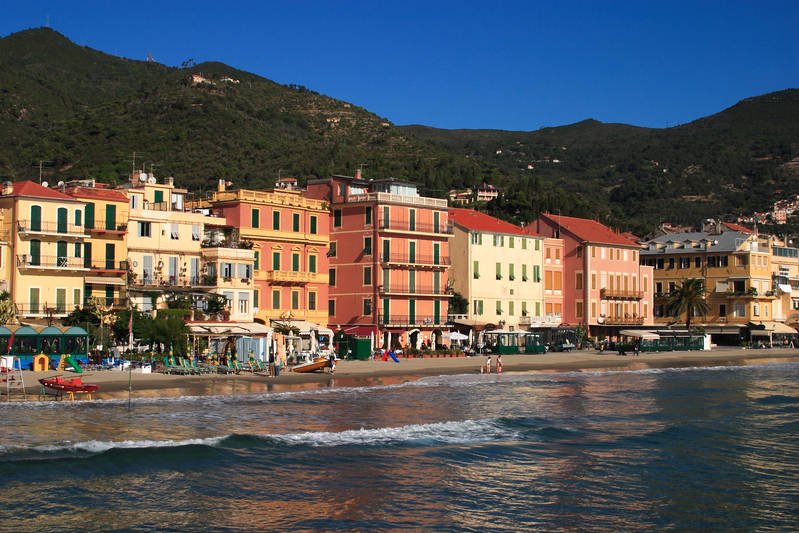 The seaside resort at Alassio is best known for having one of the longest sandy beaches (3kms) in the eastern Liguria region on the Riviera di Ponente, but it also has a lively town centre and several historic monuments of interest. It is especially popular with Italian and French holidaymakers, and us. 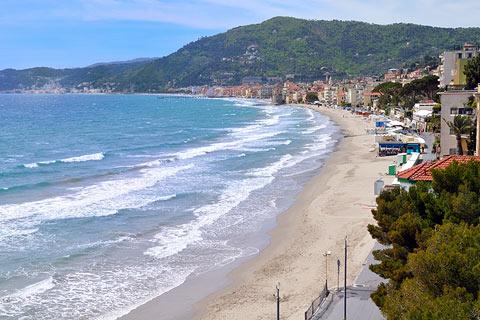 The streets immediately behind the beach are largely pedestrianised, here there are lots more restaurants to choose from and plenty of shops to browse, particular on Via XX Settembre that runs parallel to the beach. 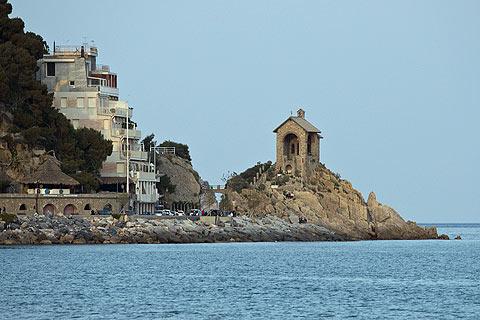 Most of the historic monuments in Alassio are churches, of which there seem to be an almost uncountable number! Individually these aren’t particularly noteworthy – apart from their doors – but they help add character to the town.There is also a small round tower right on the beach that was built to defend the town from attacks by 16th century pirates. 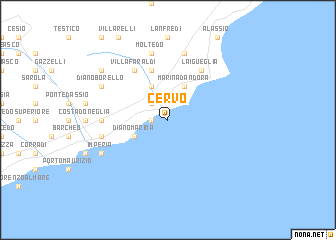 If it is not too hot, we generally walk a couple of kilometres south-west along the coast to the fishing village at Laigueglia which I will cover tomorrow. Or, continue a few kilometres further along this road, usually on our bikes, to reach Cervo, a picturesque fishing village. 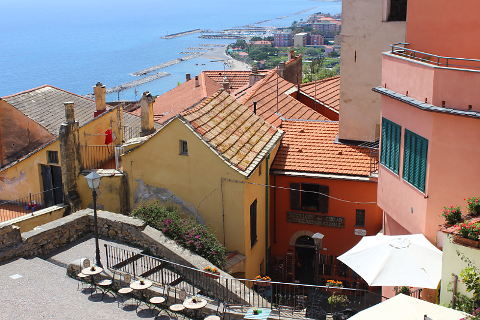 In the second century BC, the Romans used to stop overnight here in Cervo on the Via Aurelia, at that time an important trade route leading to France and Spain. Cervo then acted as a shelter for pilgrims in the Middle Ages and is now a popular destination among 21st century travellers.

Cervo is now pretty much devoted to tourism – not surprising when you combine the pleasures of the medieval village and the coast in one destination. The old village is a very picturesque cluster of houses on a hill behind a small stony beach. A visit to the village is a lovely excursion from some of the larger resorts along this part of the coast, such as Diano Marina and Alassio. 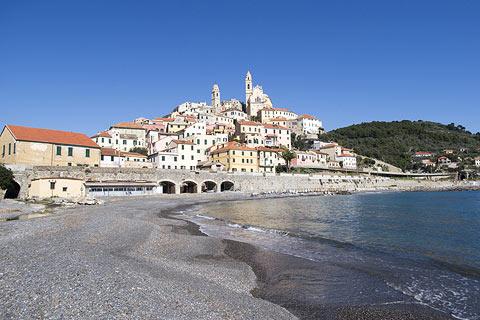 Simply stroll along (or struggle up!) the steep and winding cobbled streets, a pedestrianised area lined with ancient stone houses and various small shops and galleries. You can also see part of the original defensive walls, built in 16th century to protect Cervo. Unsurprisingly, it’s officially classed as one of the ‘most beautiful villages of Italy’. 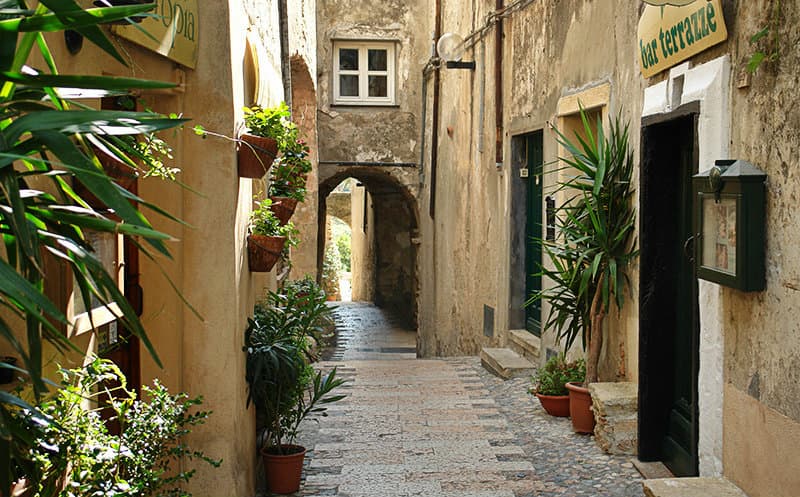 Continue climbing the steep streets to reach the elegant church of San Giovanni Battista (Saint John the Baptist) that stands above Cervo and has a facade that is an excellent example of the local baroque architecture.

During the summer the church is used for various musical performances. The village also plays host to many music festivals including the prestigious Annual International Festival of Chamber Music. There is also a ‘day of art’ in Cervo (the first Sunday in September) when the streets of the town turn into an open air art exhibition. 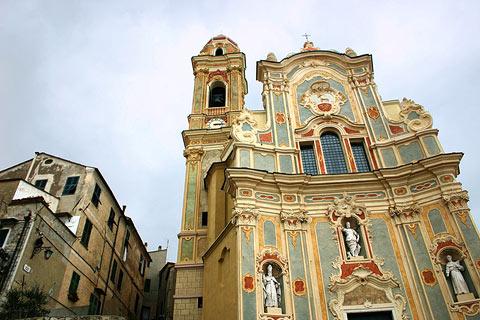 The Tourist Office in Cervo is housed in part of an 11th century castle at the top of the village, the village’s oldest building, and part of the very ancient stone tower that once stood here. A fortress was subsequently incorporated into the ancient tower and defensive walls that are still in evidence on the way back down to the sea. A church was added in 17th century, the Church of Santa Caterina d’Alessandria.

From 18th century onwards the castle no longer served any military purpose so was converted into the village hospital. It is now houses the Cervo Tourist Office and the small Museum of Ethnography which celebrates local heritage. Plenty to see and do in an afternoon, or morning here. 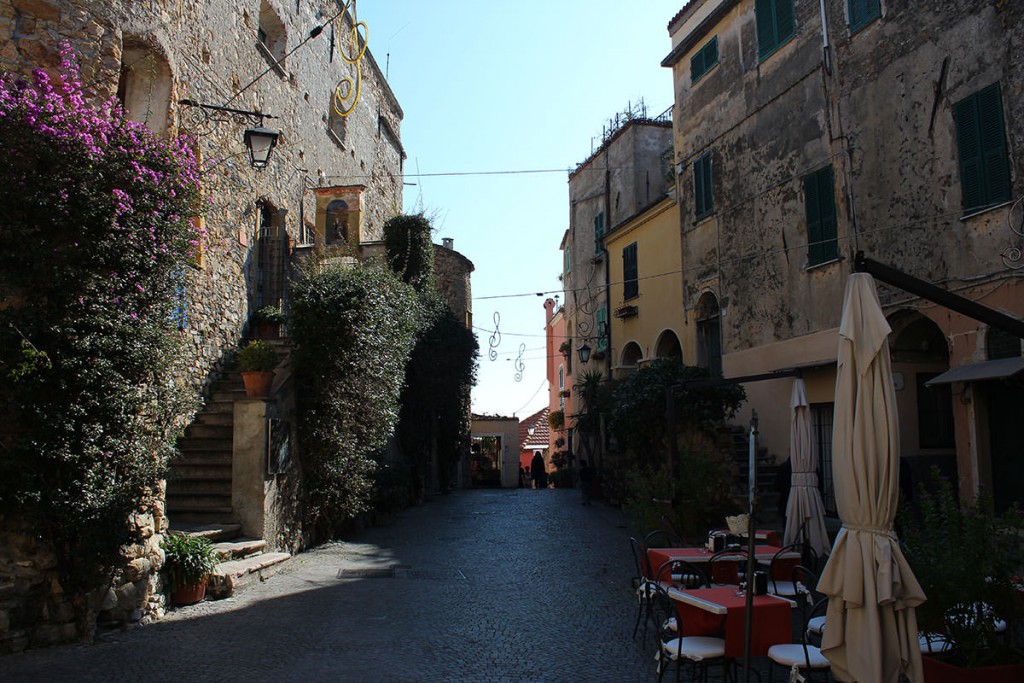 16 Comments on “[Yet another] Postcard from Alassio: Part I”