[Yet another] Postcard from Alassio: Part II

As a child aged 8 I spent a wonderful holiday in Laigueglia, Italy, with my family. My fondest memories are of the guys selling warm jammy donuts on the beach, sadly no longer in evidence. Amazingly, the small, family-run hotel we stayed in is still there. Nowadays, Laigueglia is a place to which we stroll from nearby Alassio and it’s one of the quieter, more traditional resorts along the coast. 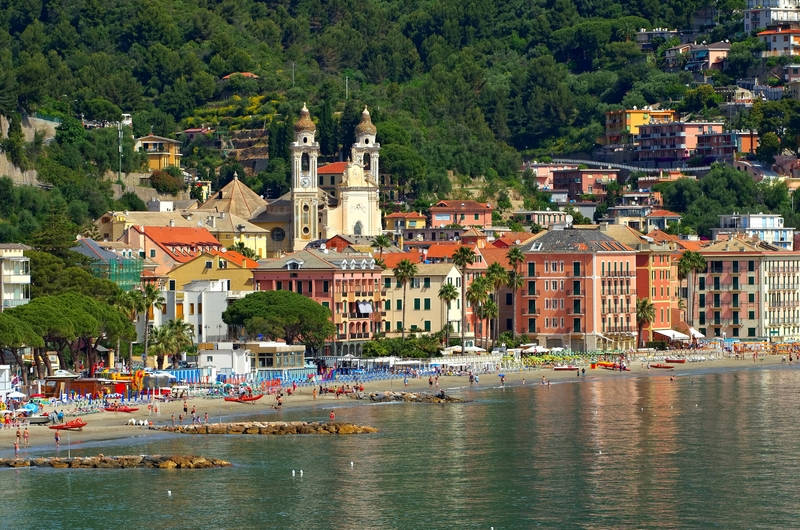 It is believed that Laigueglia was named by the Romans as the name comes from word aquila (eagle). The black eagle was a symbol of the Roman legions and nowadays it’s the town’s symbol. However the first, written proof of the town’s existence comes from 12th century when it was a part of the Republic of Genoa. Then between 12-13th centuries, many Catalonians (Spanish) came here to work, gathering coral. During this period, the town flourished which was why it was so often attacked by Saracen pirates.

The arrival of Napoleon put paid the the town’s burgeoning trade in wheat, wine and olive oil. Then, after Italian unification, it became once more a sleepy fishing village until the arrival of the train and tourism.

It’s a pleasant place to wander around starting with the seafront Piazza Marconi,  with its handful of cafes. You can walk along the paved rock pier on the seafront, both for the views out to sea and also for the best view back on the town itself. 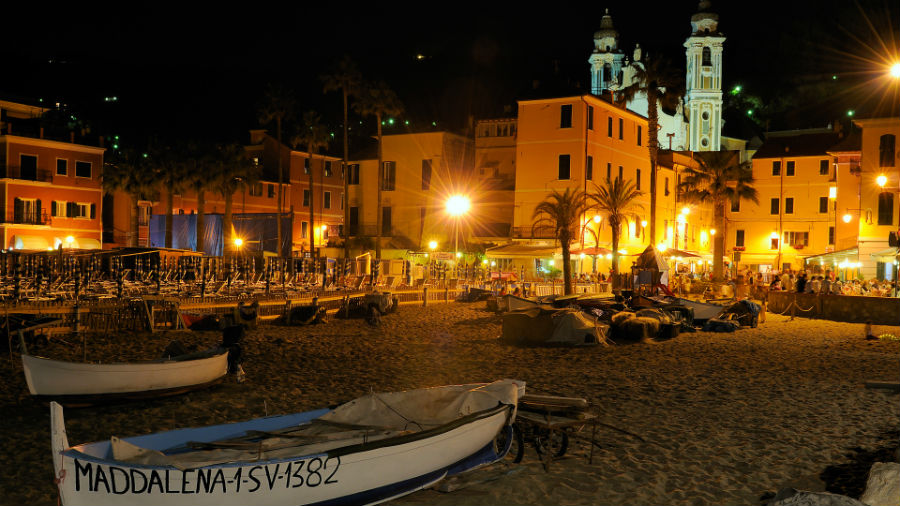 The sandy beach in the centre of Laigueglia is next to the pier, and you can also follow the promenade along behind the beach. While it is true that the buildings behind the beach are not of any great architectural importance, this makes for a pleasant stroll and there is the occasional cafe or ice-cream shop to divert you……… 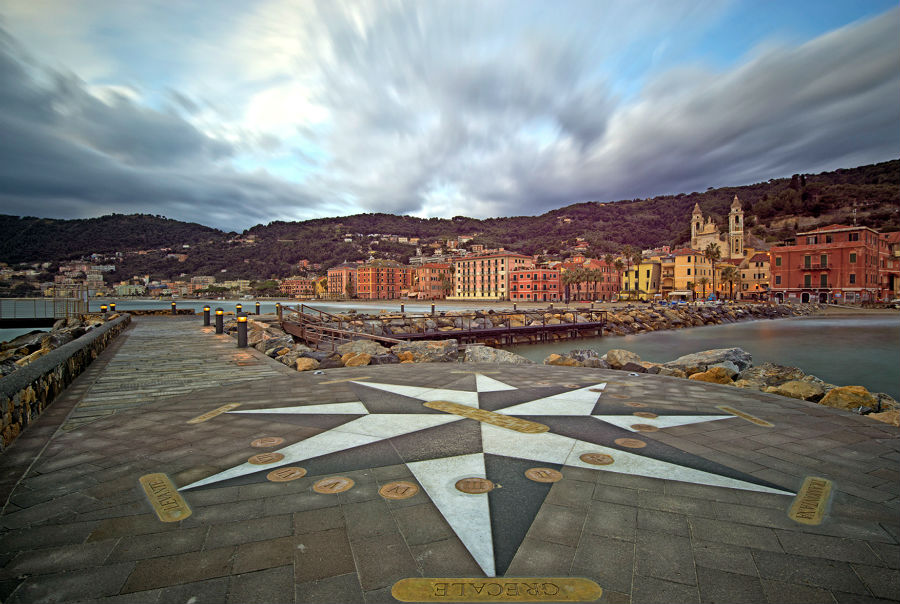 The rest of the historic town centre is largely pedestrianised and contains a couple of small piazzas and narrow streets lined with small local shops and restaurants. 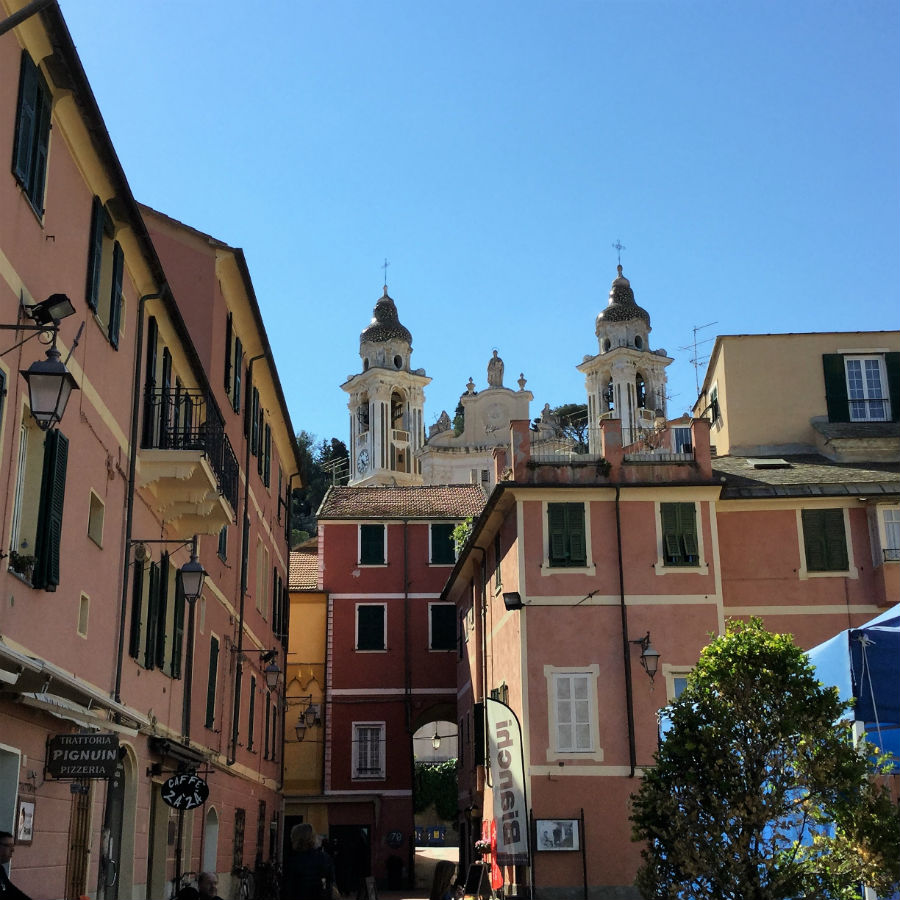 The large church dominating the centre of Laigueglia is the Church of San Matteo (Saint Matthew). This church was built in the second half of 18th century in the Baroque style and is unusual in having small towers with decorative majolica domes to either side of the main facade. Inside the church there are some notable 16th-17th century paintings by local artists and a 16th century marble font.

Next door to the church is the Oratory of Santa Maria Maddalena which predates the church by about 150 years and also contains various notable artefacts and artworks. Another interesting monument is the round tower on the seafront, which was built in 16th century to help defend the town from pirates. Originally there were three of these towers but the other two were demolished under Napoleon to allow other building works to be carried out.

Laigueglia is located in the stretch of sea enclosed between Capo Santa Croce and Capo Mele. The beach is a narrow strip of fine sand, sloping into clear and shallow water – ideal for swimming and diving. Furthermore,  a few metres off the coast of Capo Mele, it’s possible to dive down to the wreck of the steamship Ravenna, torpedoed and sunk during WWI which nowadays plays host to marine flora and fauna typical of the Gulf. 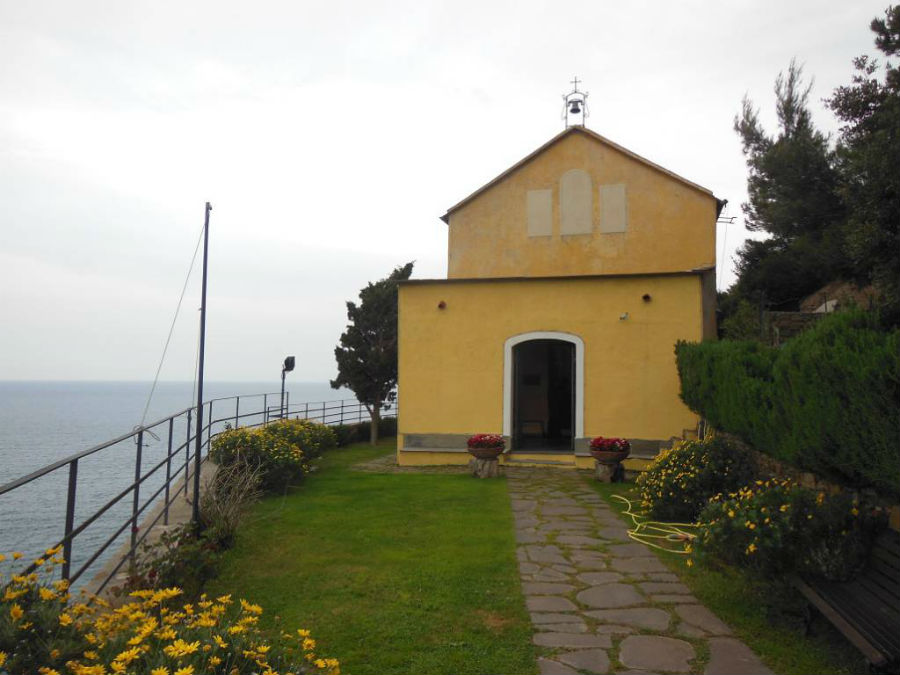 Looking down on the village, is the chapel of Madonna delle Penne, built by the Catalan coral fishermen during 17th century. Here towards Colla Micheri, you’ll find the home of the famous Norwegian anthropologist Thor Heyerdahl, helmsman of the Kon Tiki raft. This is a lovely area for walking and mountain biking.

22 Comments on “[Yet another] Postcard from Alassio: Part II”