I’m continuing with my meander around Washington DC, this one leads from our hotel to the Library of Congress (tomorrow’s post).

Our hotel was close to the Ellipse Park and The White House but there was some event which made it difficult to see either, so we didn’t bother! No doubt the Bidens were disappointed in our lack of interest. 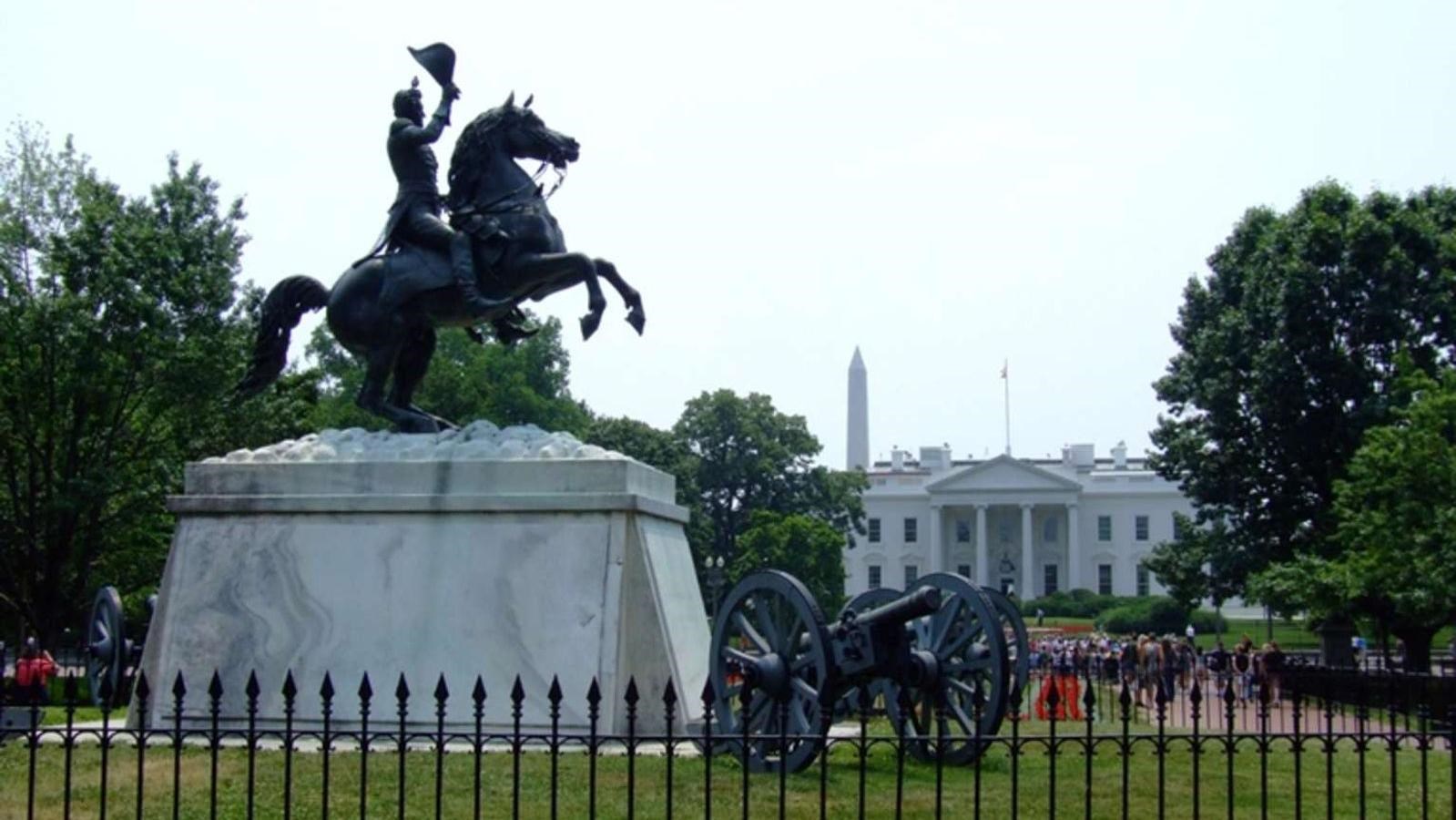 General Andrew Jackson’s  Statue is in the centre of Lafayette Square which was the first bronze statue to be cast in the US. The large seven-acre park north of the White House is named for the Marquis de Lafayette, a wealthy French hero of the American Revolutionary War.

This pretty yellow Greek revival building is also called the Church of the Presidents. Completed in 1816, every sitting president has visited at least once. It is a National Historic Landmark but, sadly, I can’t find my photo of said church.

The avenue between the White House and the Capitol Building is home to a number of monuments, museums and interesting buildings. 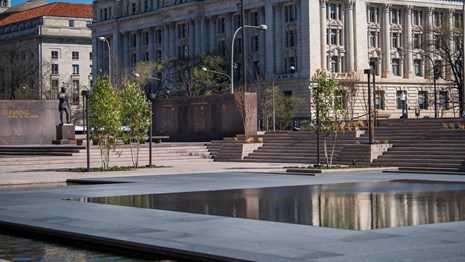 Pershing and George Washington are the only US Generals awarded the rank of General of the Armies, the highest possible rank in the US Army.This memorial honouring the more than 4.5 million Americans who served in the first World War was unveiled in April 2021. It includes a previously existing monument to John J Pershing, commander of the American Expeditionary Forces in World War I. The Peace Fountain is in the centre and, in 2024, the final installation called “A Soldier’s Journey”, will be completed. Meanwhile, there’s a representation in its place.

The visitor centre provides an opportunity to see some of the White House without an invitation.  Displays include archival photos and footage of White House events.

The marble surface of the plaza shows a partial representation of the L’Enfant Plan for the city developed in 1791.

The beautiful building on the south side of Pennsylvania at 12th Street is now a hotel. This was US Postal Service’s national headquarters from 1899 to 1914 when they outgrew it.  The building avoided the wrecking ball several times until being placed on the National Register of Historic Places.

US Navy Memorial Plaza and the National Archives Museum

The memorial honours the men and women of the Navy, Marine Corps, Coast Guard and the Merchant Marine who serve in both war and peace. The National Archives Museum is framed by the flagpole masts of the US Navy Memorial.

The archives protect items telling the story of the growth of US, its government and the American people such as the original signed copies of the Declaration of Independence, Constitution of the United States and Bill of Rights.

Since 1800 Congress has occupied the Capitol though it has been expanded to meet the government’s space needs. The original construction was rather less grandiose than today’s. In December 1863, the Statue of Freedom was placed on the top of a new cast iron central dome, above the East Plaza.