Back in late May/early June, we enjoyed our maiden visit to the New Jersey Shore thanks to a business event organised by one of my beloved’s US clients. As we’ve previously never visited, I naturally did some research before committing to the trip. The research allowed me to pinpoint the quieter and less touristy areas I knew we’d both love though the business element demanded that we spend some time in Long Branch. The History of the New Jersey Shore

The New Jersey (NJ) Shore truly is the beating heart of New Jersey tourism.  The shore is unique in that it has something for everyone; from kilometres of wooden boardwalks filled with fun games, pizzerias and rides to small unknown mom and pop shops and seafood eateries speckled along the 208km (130 miles) of coastal shoreline, running from Sandy Hook all the way down to Cape May Point.

The New Jersey Shore is commonly referred to by locals as “the Shore.” So before we packed up our beach wear to head down to the Shore, I unearthed some information about it. Knowing some of its history would surely open the floodgates of fun as we explored the beaches, small towns, fishing areas, boardwalks and restaurants. 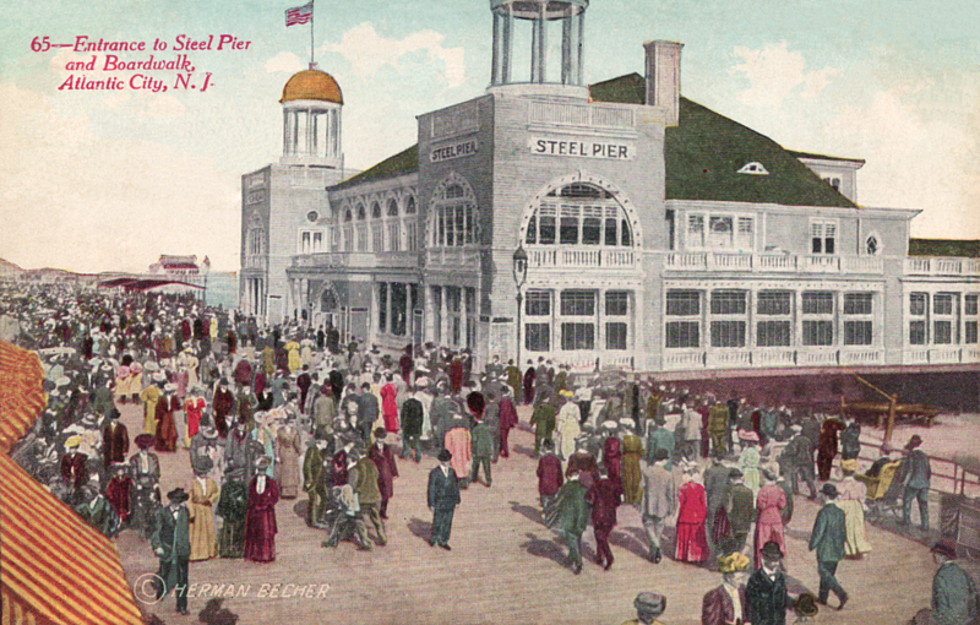 Although the Jersey Shore has always technically existed, it wasn’t until the construction of the first boardwalk in Atlantic City that it gained the attraction and tourism it enjoys today. In 1870, the boardwalk simply provided residents of the resort town with a separation between their hotels and the beach.

The advent of the boardwalk soon became widespread, various coastal towns adopted the idea and local businesses jumped at the chance to claim ownership of what would soon become a tourist hot-spot.

The beaches along the shores of New Jersey are undoubtedly the most visited attractions during the summer months. Everyone, whether young or old, can have a fantastic time strolling along the boardwalks, people watching or, of course, relaxing on the sand and soaking up the sun. Some of the most popular beaches (below,) have huge attractions, family-friendly activities and large summertime festivals and events that draw people in from far and wide. However, other beaches, those which are specifically beach and sand-centric, are great escapes for those wanting to relax and just enjoy the beach, ocean and coastline. I’m in that latter group. 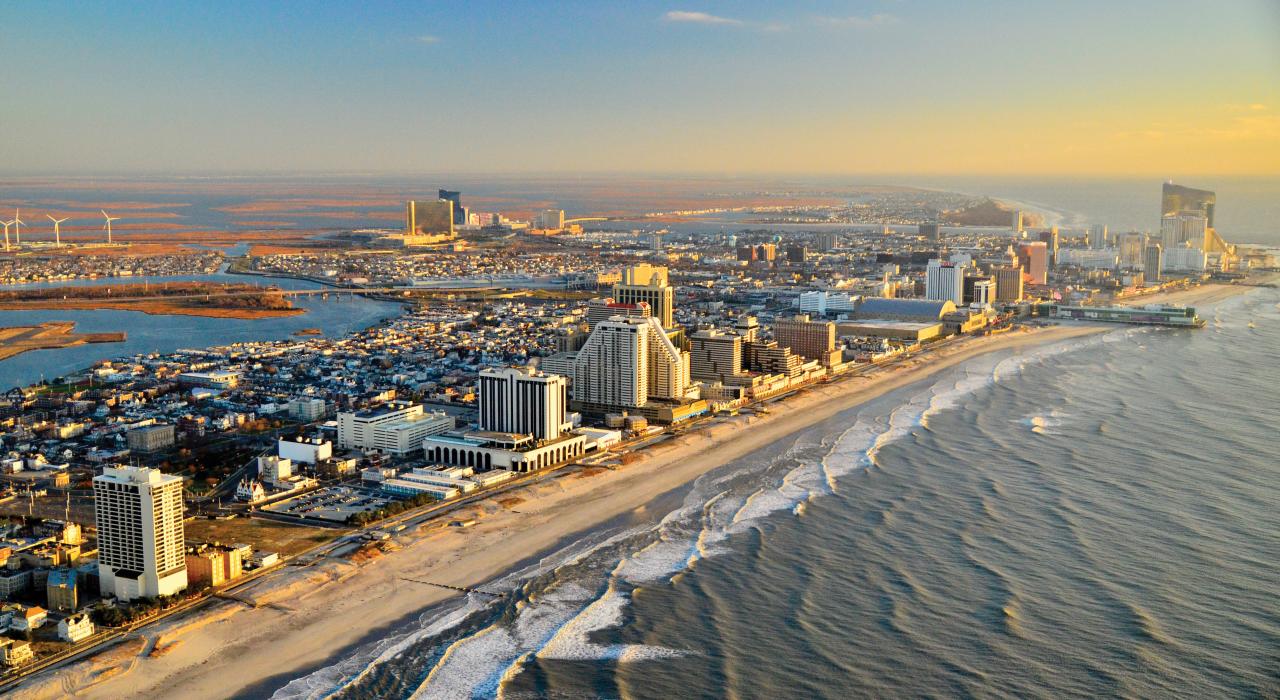 Long before Atlantic City was the hippest resort town of the 1930s and the gambling hotspot of today, it was a densely-wooded island populated by New Jersey’s native Lenni Lenape people and they didn’t call it Atlantic City.

The Algonquian-speaking tribe called the island Absegami, meaning “little water,” for the bay that separates the island in the Atlantic Ocean from the nearby New Jersey shore. Over time, the place became known as Absecon Island to colonial settlers, who largely ignored the island because the only way to get there was by boat.

By 1850, a local physician named Dr. Jonathan Pitney proposed taking advantage of the island’s beaches and developing a resort. Pitney teamed up with local businessmen to secure a railroad charter, and in 1854 construction was completed on the Camden-Atlantic rail line. Richard Osborne, a Philadelphia civil engineer, designed the layout of the resort town and proposed the name Atlantic City. Thereafter, lots of prominent buildings were built to grow the city. 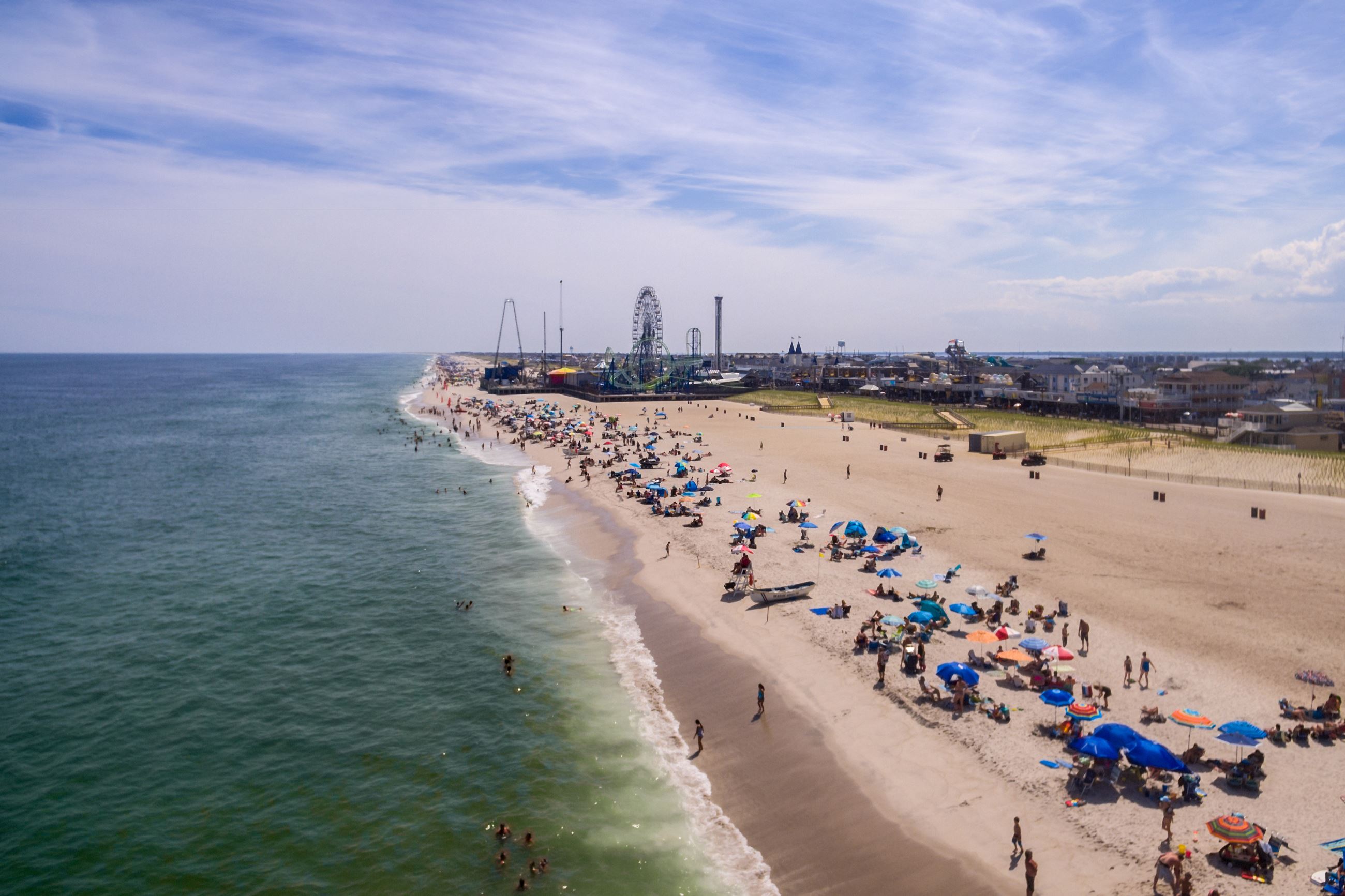 Seaside Heights is also packed with action, making it perfect for summer fun. It is a self-governing, well-known, incorporated town situated on a long, narrow barrier peninsula that separates the Barnegat Bay from the Atlantic Ocean.

There is sun, fun and much more. This town on the Jersey Shore entices its visitors with games of chance, amusement rides, arcades and, of course, the beach. These attractions keep its legendary boardwalk, which was completed in 1921 by the Senate Amusement Company of Philadelphia, one of the busiest places on the shore. However, this unfortunate area has faced two major catastrophes as well in the form of fire and storm, in 1944 and 1955, but the local residents, rebuilt the attractions and restored the attractions back to their greatness.

Seaside Heights is also a rather attractive place for the US media industry. The first season of MTV’s reality TV series, Jersey Shore, was filmed here during 2009. Also, back in 1985, Bon Jovi, filmed most of his music video for the song – “In and Out of Love”, in Seaside Heights, on the boardwalk. Additionally, the ABC soap opera, One Life to Live, also filmed some of its 2008 storylines on the beaches of this cherished land.

Wildwood is another small, eye-catching spot which was incorporated in May 1895, becoming a recognised city on New Year’s Day in 1912.  Though, The Jersey Shore has some great beaches (Spring Lake, Long Beach Island, Sea Bright, Asbury Park and Point Pleasant), Wildwood beach is ranked one of the best in the entire Jersey Shore. However, that’s just the tip of an iceberg. The parades, frisbee tournaments, tramcar trolley and ocean oasis water parks also allow it to grab the winner’s trophy for the summertime vacation season.

While the most trafficked NJ beaches are Atlantic City, Seaside Heights and Wildwood, there are other, quieter and lesser-known beaches along the coast that provide greater relaxation, tranquility and an escape from the hustle and bustle of those popular shore towns. These are much more my kinda towns. 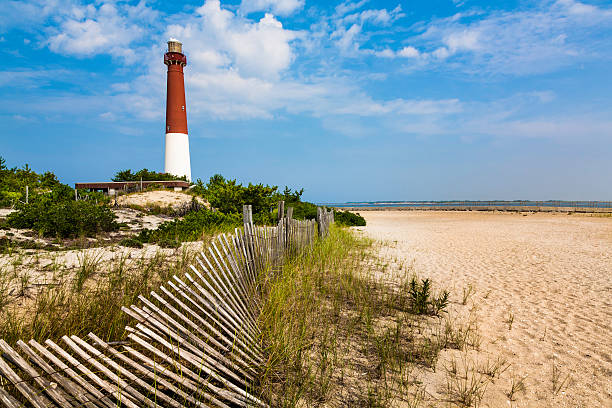 One can enjoy the sand, sun and ocean at Belmar, Bradly Beach, Avon by the Sea, Avalon and Manasquan. These beaches, unlike their wildly popular neighbouring beaches, do not (fortunately) feature large attractions that draw in the hordes. While they do have enough restaurants and annual events that spark interest, the primary reason many people visit these areas is that they are quiet and afford the opportunity to enjoy New Jersey’s coastline at its best.

The New Jersey Shore has received well-deserved attention because of its historical monuments and it plays a significant role in USA’s history as well. According to the United States National Historic Landmark (NHL) programme, there are currently 58 NHLs in the NJ. For instance, The Ocean City Boardwalk. It’s one of the most recognisable and well-known landmarks in the world, and ranked highly in the NHLs of New Jersey. The boardwalk is 4km (2½ miles) long and was first built in 1880.

Next, the Cape May Lighthouse, first constructed in 1859 and subsequently automated, also has rich glimpses of history.  It is situated at the tip of Cape May and is almost 48 metres (158 ft) tall with an iron spiral staircase of 199 steps to climb to relish the breathtaking views of the Atlantic Ocean. Understandably, it’s one of the most familiar and most photographed places of the Jersey Shore.

All in all, the beautiful, eye-catching landscape and coastline is, without a doubt, one of the gems of the East Coast, with something for everyone.