No my beloved (sadly) does not have his own coffee company though we do joke about it whenever we’re served some café Richard.

Although Paris is most famous for its monuments, the city’s cafés are part and parcel of its history and rich scenery.

Cafés Richard is a traditional French-style coffee roaster. Evolving from the Maison Richard founded in 1892, it has remained a family business throughout the years. Pierre Richard runs the business today with his two children, Anne and Arnaud, inspiring the confidence of its 20,000 clients, thus firmly holding onto its position as leader in France’s HoReCa (hotels, restaurants and cafés) market, despite increasing competition.

Cafés Richard has also been applauded for its wonderful range of classic and herbal teas.

The story of Maison Richard begins with its founder, Auguste Fayel. Its creation dates back to the day in 1892 when Pierre Fayel, a distant cousin of Henri Richard, became the owner of a wine and spirits warehouse at 11, rue des Cailloux in Clichy, France.

In 1938, Henri Richard bought up the family business that he joined as a young employee in 1920, from his cousin Auguste Fayel when he was 40 years old. As wine rather than spirits became more popular in bars, Henri worked more closely with his younger brother, Georges, who was based in Algeria where he ran a trading business for wines as well as several vineyards.

The Clichy warehouses were enlarged in order to implement assembly lines for bottling the wines. At present the wineries can hold 30,000 hl and new holding warehouses have been opened in the East of Paris, in Bercy. 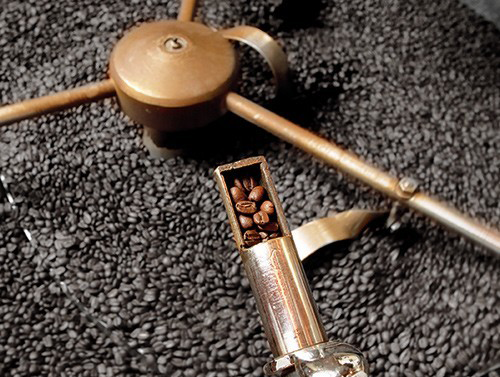 André Richard, Henri’s oldest son, joined the company and created the coffee roasting business in Asnières. In 1964, Pierre Richard, his brother, joined the company after finishing his studies and developed the coffee business in Paris. In 1970 he took over the Cafés Ladoux from his father-in-law, Julien Ladoux. He then established the company’s coffee roasting operation in Gennevilliers. In the 1980s the company expanded its operations to the provinces, starting with the opening of a roasting facility in Tours.Today, Cafés Richard covers the entire national territory thanks to its regional agencies.

In 2000 Comptoirs Richard shops (Cafés Richard gourmet retail boutiques) were established. There are a total of eight shops in Paris. With its commitment to the quality of its products and to the knowledge sharing of its coffee experts, Cafés Richard has become a certified training organisation with the Académie du Café.

Further innovations were to follow with the creation of an export department serving distributors around the globe.

More recently, the inauguration of new premises for the Académie du Café, in a beautiful space equipped with Barista stalls, tasting rooms and a laboratory. Along with all this, the UniversiThé opened in the same location and is devoted to teas and herbal infusions.

In addition to its collection of exclusive blends and pure origin coffees, its classic and herbal teas, Cafés Richard provides chocolates, sugars and other sweet treats and accompaniment products, making the company a truly one-stop partner!