Before I cover our trip to Spain in June, I’m going to post about our recent weekend away in the mountains.

My beloved is scheduled to go on another trip with his cycle club but he was concerned he hadn’t done enough training. Consequently he suggested heading to the hills for the weekend. I eagerly agreed, after all my three days of #metime was imperilled. As a bonus, I could also do some hiking.

You might wonder why I too wasn’t cycling. It’s too stressful when my beloved is training. He cycles faster than me so I’m always playing catch up, plus he likes me to be available to pick him up in the car, should the need arise.

It’s been a while since we stayed in Isola 2000. Last time was in a self-catering apartment with friends, again for a spot of training, back in 2012 or 2013. Fortunately, a few hotels have since opened and my beloved found one which earned my seal of approval.

It’s about an hour’s drive from home through glorious countryside most of which we’ve cycled through, regularly.

The picturesque Isola village is located at 870m (3000 ft) altitude, just 17 km (10 1/2 miles) from the ski station Isola 2000. It’s in the upper valley at the confluence of the rivers Tinée and Guerche, near the Mercantour Park, on the border with Italy.

The village dates back to before 11th century when it was known as Lieusola. It was ruled by the Lords of Faucon de Glandevès until 13th century. In the village, an isolated Romanesque bellfry and the ruins of the Saint-Pierre church date to 12th century. Though there is now a pretty 17th century village church. 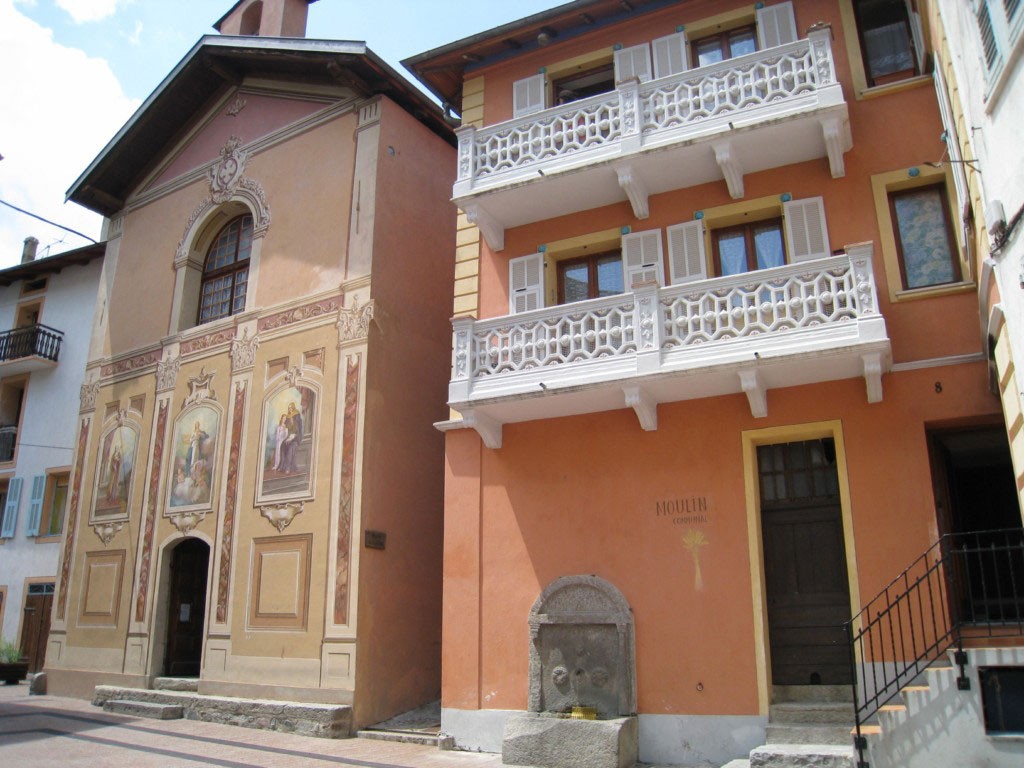 The heart of the village has plenty of  large houses made of exposed stone, topped with larch shingles, indicative of a more rigorous climate than that on the coast. Despite the lack of water elsewhere, it’s ubiquitous in Isola, as witnessed by the many fountains and the public laundry, plus the hydroelectric dam located on the river Tinée.

This water is not only a source of well-being. It was the source of the floods caused by the overflow of Vallon de Chastillon which damaged the village. Indeed, the bell tower Saint-Pierre located at the village’s entrance is its only survivor. The church, as well as the old village, was completely washed away by the floods.

But we didn’t tarry long in the village as our destination was the ski station 17km up the Col de la Lombarde, a right of passage for every Nicois cyclist.

We arrived at lunchtime and ate our picnic lunch on the hotel’s terrace with its blessing. I checked in and sat on our balcony enjoying the afternoon sunshine while my beloved ignored the darkening sky and headed over the Col de la Lombarde in the direction of Italy.

A cloudburst and he came scuttling back after an hour’s riding. He’s leary of wet conditions since he fell and broke his hip back in 2017. The rain stopped but we were already enjoying the hotel spa before readying ourselves for dinner, at a restaurant lower down in the village. The hotel’s well-regarded restaurant only opens in the winter, season. However the hotel provides a pre-ordered packed lunch, its bar man makes excellent Aperol Spritzs and the breakfast is magnificent, easily the best I have ever had in France.

On our second day, my beloved rode over the Col de la Lombarde and into Italy. He was gone for some time before returning feeling a tad tired. Sunday he was too tired to ride and with the sky looking menacing we drove over to the pretty, neighbouring resort of Auron for a wander around, before heading home.

While my other half had taken his bike, I had my hiking boots and enjoyed brisk walks both days before watching some mountain bikers hurtle down the mountain. I’d have liked to ride the trails, just not at those speeds, even though I am a bit of a speed freak.

A side benefit of our trip was escaping the heat of the coast. Not so much the daytime heat but that at night. In Isola 2000, the daytime temperatures are at least five degrees less but the night time ones are a blessed 10 degrees cooler and so much more conducive to a good night’s sleep.

My beloved enjoyed the weekend so much, he’s booked another one!

24 Comments on “Trip to Isola”