This weekend I’m featuring another fashion brand but one with a much shorter pedigree, Jacquemus, named after its founder Simon Porte Jacquemus.

Simon Porte Jacquemus started his own label when he was 19. Credited with bringing a freshness to Paris’ fashion scene, his collections are deconstructed, surrealist and often “NSFW.” Jacquemus takes archetypal French concepts like the Breton stripe and spins them on their head, working in the space between commercial and conceptual. He cites the Japanese brand Comme des Garçons as one of his referential points. 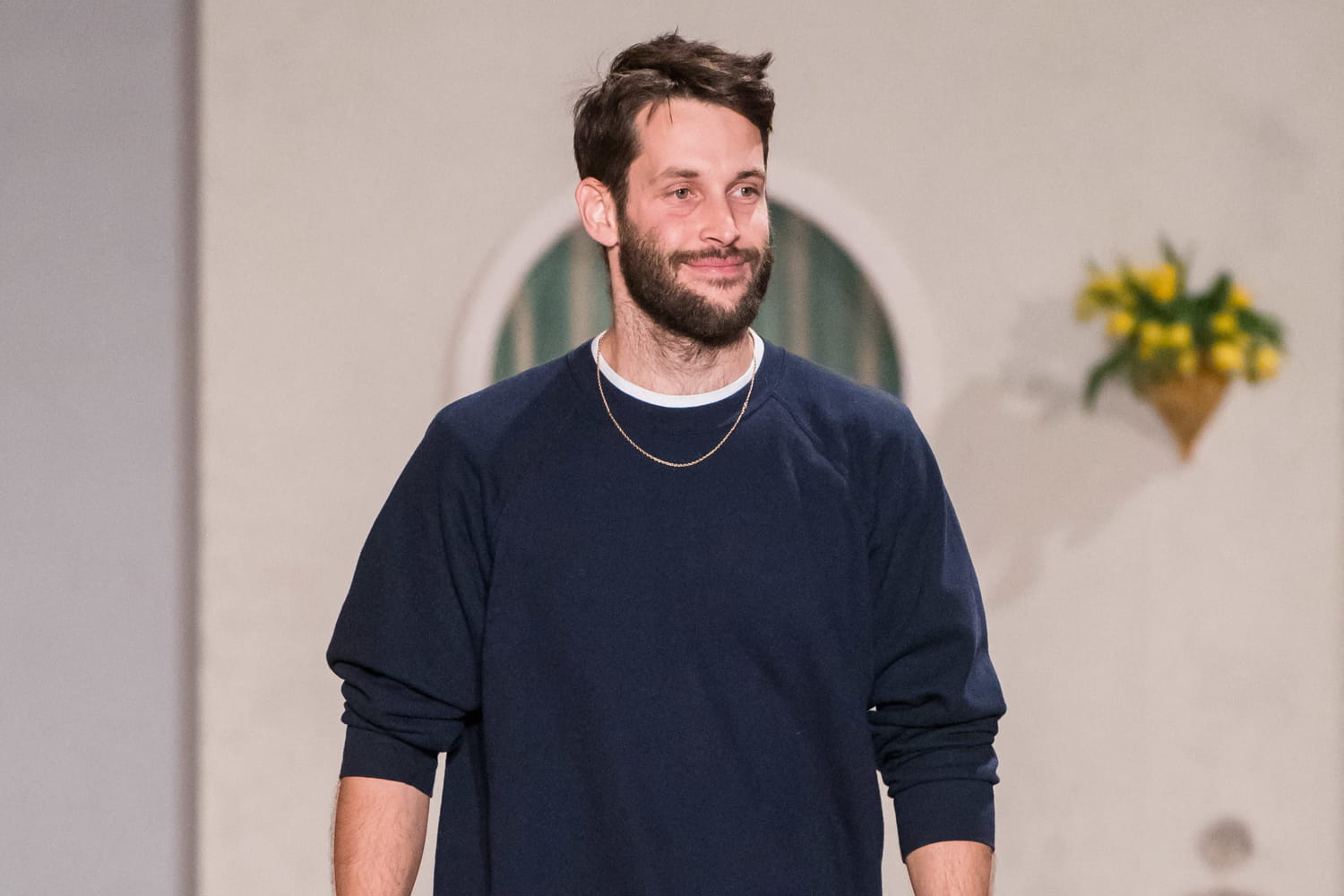 Jacquemus was born in Salon-de-Provence in 1990 into a relatively poor family of farmers; his father occasionally sang in bands and his mother raised him.

In 2008, at the age of 18, he went to Paris, where he studied for a few months at the École supérieure des arts et techniques de la mode (ESMOD). But he then left the programme for a position as an artist manager’s assistant at Citizen K fashion magazine. The sudden death of his mother prompted him to begin his own career as a fashion designer. To fund his business, the young designer worked at the Comme des Garcons boutique in Paris. It was a great move, since Rei Kawakubo later became an important supporter of his designs and brand. The minimalistic look of the brand was born out of necessity as has developed to a more outspoken version over the years. At the start, he simply didn’t have the means to make bold clothes.

He promoted his designs by having friends wear his creations in shops during Vogue’s Fashion Night Out in 2010 in Paris. In 2012, he was invited to present his collection during Paris Fashion Week.

The first thing that probably comes to mind when you hear the word “Jacquemus” is probably the tiny little bags (hello fashion statement) the brand sells. And probably the exorbitantly large hats and sexy shoes. But the brand is so much more than that! Jacquemus’ designs reflect Simon’s obsession with Paris and women.

The designs are stylish, but original. Jacquemus is known for designing uncomplicated clothing with transparent details. They show off the female body in the most flattering way. A typical French concept with a modern twist. Jacquemus creates accessibility without losing its luxurious appearance.

Another thing that makes the brand unique is how personal it is. Each collection tells a personal story about Simon’s life and how he experiences the world.

Most of the fabrics used in his collections come from a workwear supplier. The cut is simple, with few details, but original. The prints sometimes recall the world of films by Jacques Tati or Louis Malle. He has described his creations as a “naïve” fashion with a pop of color with unique silhouettes. Having achieved a certain notoriety, his pieces are now on sale in stores around the globe.

In 2014, he designed a collection for online retailer La Redoute. In 2015, he received the Special Jury Prize at the LVMH Prize, an international competition created by Delphine Arnault for young fashion designers.

In 2017, Jacquemus added a line of footwear to his collections and in 2019 menswear. In addition to shoes, Jacquemus also designs handbags and hats.

As a nod to his native region, he opened the restaurant “Citron”, located in the new Galleries Lafayette des Champs-Elysees, in March 2019.

In June 2019 he organised a parade to celebrate the ten years of the brand and  invited the world of fashion to a lavender field and presented his new collection.

That same year Jacquemus announced it would slow down their cycle of collections. This contributes to the sustainability of the brand by showing their collections of women’s and men’s clothing only twice a year. Other fashion houses such as Gucci and Dior decided to do the same. His Spring/Summer 2021 collection, “L’Amour”, had themes of simplicity and romance. “Like a simple country wedding or a harvest festival,” he said in a pre-show interview. The show took place in a wheat field an hour outside of Paris, and due to the COVID-19 pandemic, only had 100 guests in attendance.

Nike announced its newest women’s-focused collection with Jacquemus with the collaborative capsule first previewed in mid-May 2022. When asked about the inspiration behind the footwear pieces, Jacquemus said:

Having this imagery in mind, we designed women’s athletic wear with sensuous details and neutral colours, along with my own interpretation of the Humara, my favorite Nike shoe. 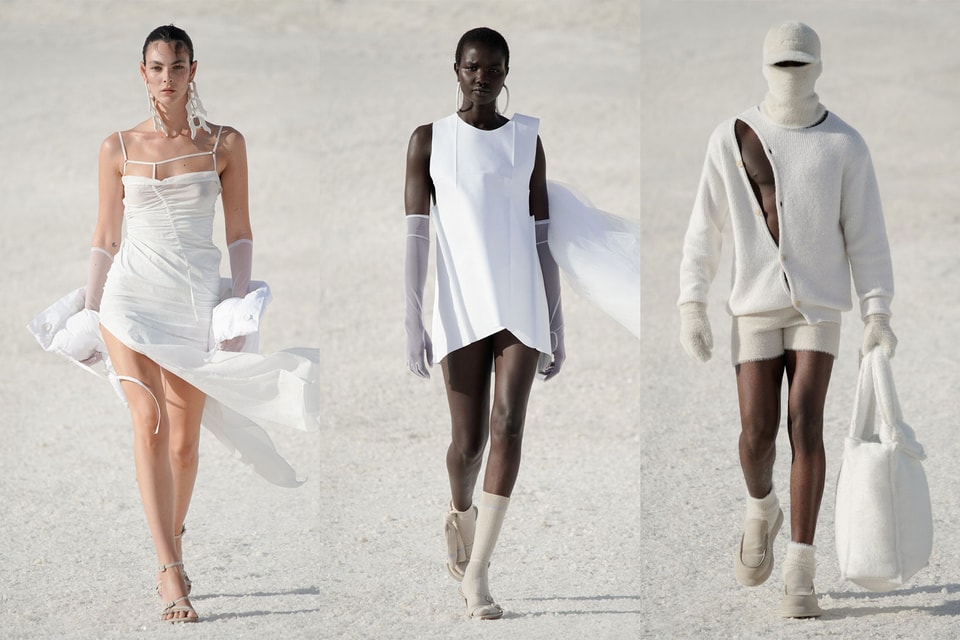 More recently, Jacquemus has been experimenting with pop-ups such as Le Bleu, at London’s Selfridges. Designer Simon Porte Jacquemus reimagined his bathroom, no less, for a retail concept that overloads the senses to playful effect and replicates the sense of humour that ripples through Jacquemus’s Instagram posts.

Jacquemus’s previous pop-ups in Milan and Paris — one in white, the other in pink — both went viral on social media. Le Bleu, located in the Selfridges creative retail space, called The Corner Shop, featured an edit of the Spring/Summer 2022 Le Splash collection shown in Hawaii in March alongside a selection of exclusive hoodies, T-shirts and towels and the brand’s Marseille je t’aime photography book. 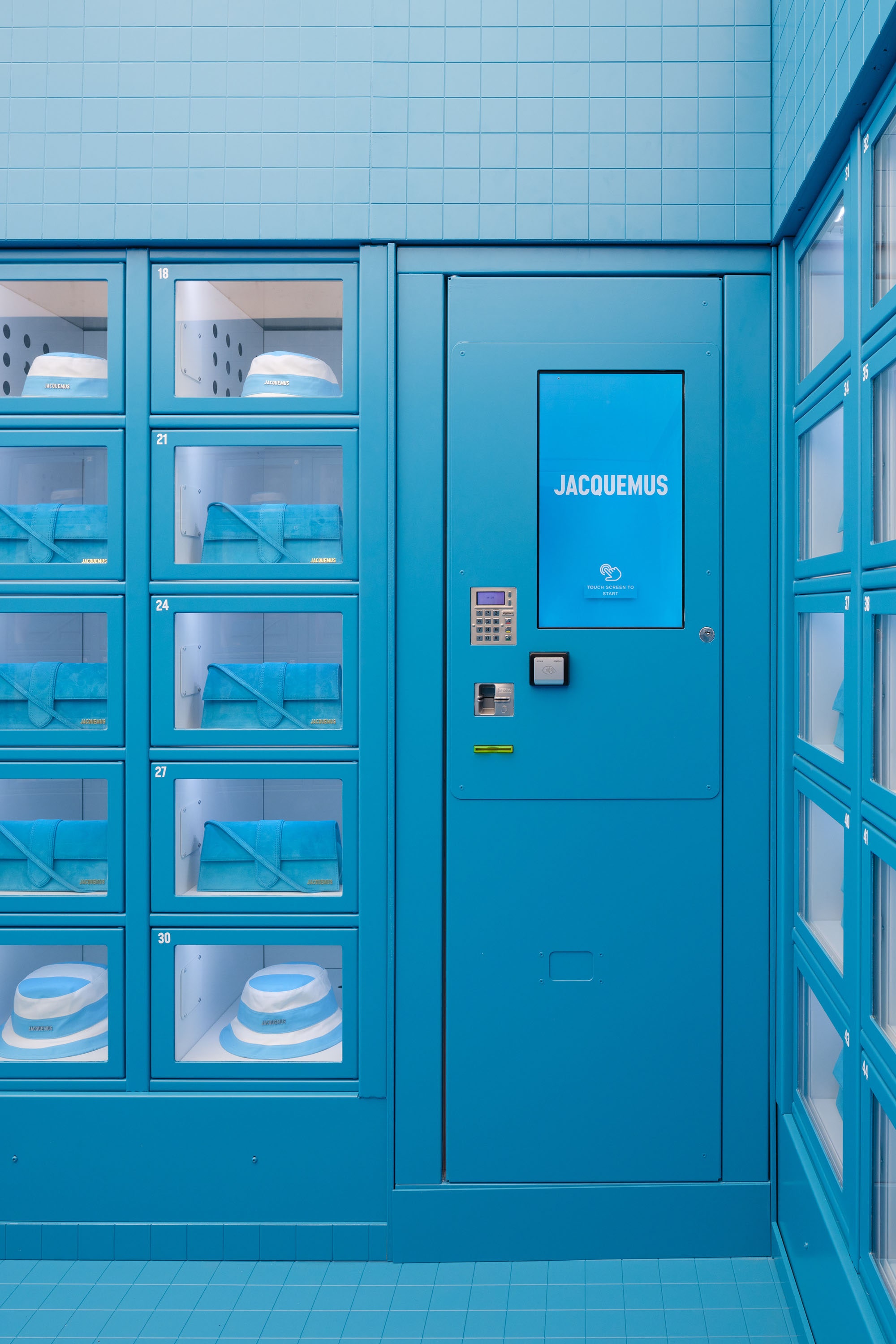 Jacquemus also occupied Selfridges Mews, located directly behind the Oxford Street store, positioning there its 24-hour vending machine that dispensed colourways of its top-selling Chiquito and Bambino bags. There was more Jacquemus nearby at the Old Selfridges Hotel: Le Vestiaire is the title of an immersive experience that transported customers through a surrealist interpretation of a swimming pool and rooms with 3D sensory experiences.

Jacquemus is among many brands exploring the potential of what have been called hyperphysical stores to describe retail spaces that are enriching and emotional. They create a really sensorial and holistically memorable store experience that goes beyond the original idea of retail.

Jacquemus is truly an example of how fashion should be. Fun, innovative and honest. Looking for a unique piece? Jacquemus is the answer!

All images courtesy of Jacquemus