Postcard from Catalunya: Part I

My beloved had decided we would have a Spanish holiday this summer, travelling by car to Barcelona to catch the ferry to Mallorca where we would circumnavigate the island with our bikes for a couple of weeks. We’d return to Barcelona for the Catalunya MotoGP in early June before making our way back home via the Basque Country.

These plans were blown out of the water by his desire to meet up with work colleagues at an event in US. I quickly put together an itinerary which you’ve (possibly) already read about. However, he wasn’t totally prepared to give up on Spain. So I organised a two-week circuit whereby we spent time in Montpellier on the way down to Catalunya, first spending time not far from Girona and then a few days beside the sea just a stone’s throw from Barcelona. Afterwards, we enjoyed a few days in the hills behind Barcelona before returning home via Uzès – not too shabby!

Our first Spanish port of call was Empordà, an area full of authentic charm and numerous medieval villages which provided inspiration for the likes of Salvador Dalí and many other artists. The surrealist painter spent his first and final years in Figueres, where there’s a Theatre-Museum named after him.

Located between the mountains and the Mediterranean Sea, the Alt Empordà is a charming place with its fishing ports, museums, castles, Greek ruins and vineyards. Visiting the beautiful villages of Baix Empordà is like visiting open-air museums. These inland villages, further away from the coast, still have their medieval architecture almost intact. Stone houses, fields and vineyards, towers, monasteries and even walls and castles dominate the charming landscape. A landscape reminiscent of feudal times. 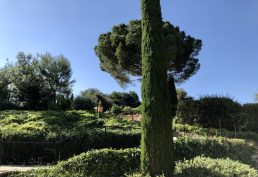 Among the charming villages of Baix Empordà are Madremanya, Púbol, Monells, Cruïlles, Vulpellac, Ullastret, Palau-Sator and Pals.These small magical towns are within walking distance of each other, making them easy to get around. In just a couple of days you can soak up the history and charm of them all. 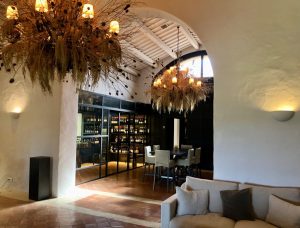 Our hotel, a beautifully converted 18th century farmhouse, was close to the medieval villages of Pals and Peratallada, from where we also enjoyed endless views of the Empordà and its serenity. It’s renowned for its spacious gardens and is ideal for relaxing and disconnecting from everyday life, just enjoying the Mediterranean sea breeze. Apart from cycling around the nearby countryside, that’s pretty much all we did as it was an ideal place for a spot of farniente and recharging our batteries.

From here we strayed further down the coast to Mataro, to a hotel we had previously stayed in when visiting the Catalan MotoGP. It’s an ideal base for visiting the area, particularly Barcelona which is just 30 minutes way by train. The area isn’t particularly touristy and has a fine selection of nearby restaurants and a delightful Old Town. The beach is wide and sandy though my beloved prefers to swim in the town’s outdoor 50 metres seawater pool. 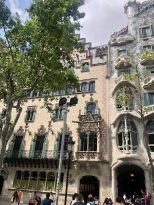 Despite the heat, we did venture into Barcelona for a ramble around its main streets and to gaze once more in wonder at some of its spectacular architectural heritage, including those wonderful buildings either by Gaudi or inspired by him. However, at the end of the day, we were happy to return to the relative quiet of Mataro and our beachside hotel.

31 Comments on “Postcard from Catalunya: Part I”