This might not be one of my favourite beverages but no French cook worth her salt would be without a bottle of Pernod. There are other brands but……..I’m reliably informed by those that drink it, this is the best.

Pernod Ricard is a French company best known for its anise-flavoured pastis apéritifs Pernod Anise and Ricard Pastis (often referred to simply as Pernod or Ricard). The world’s second-largest wine and spirits seller, it also produces several other types of pastis.

In the wake of the opening of Pernod Fils, the popularity of their absinthe soared. The business was booming until 1901 when a large fire destroyed most of the distillery. However, a larger distillery was soon built in its place and production resumed. Absinthe was so popular in France at the time that it became known as France’s ‘national drink’. 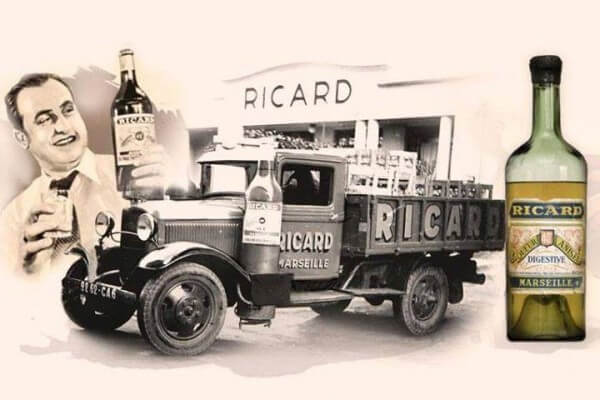 However, due to the lack of standardisation and regulation of absinthe, many cheap alternatives soon entered the market. These alternatives were very poor quality and could be quite detrimental to the health of the drinker. Rather than introducing regulations to control the production of absinthe, the French government banned production in 1915. The drink was banned throughout most of Europe. Pernod Fils were forced to close their doors.

Despite this setback, Pernod Fils’ absinthe was subsequently produced in Catalonia, where the liquor had never been banned. However, the popularity of the drink had dipped, and by 1960 production had ceased.

During the years following the first world war, Pernod had begun producing anise-flavoured liqueur (liqueur d’anise) in their French distilleries. This liqueur was still flavoured with anise, but had a much lower proof and a completely different manufacturing process to absinthe. Over the years the liqueur has evolved into the one on sale today. 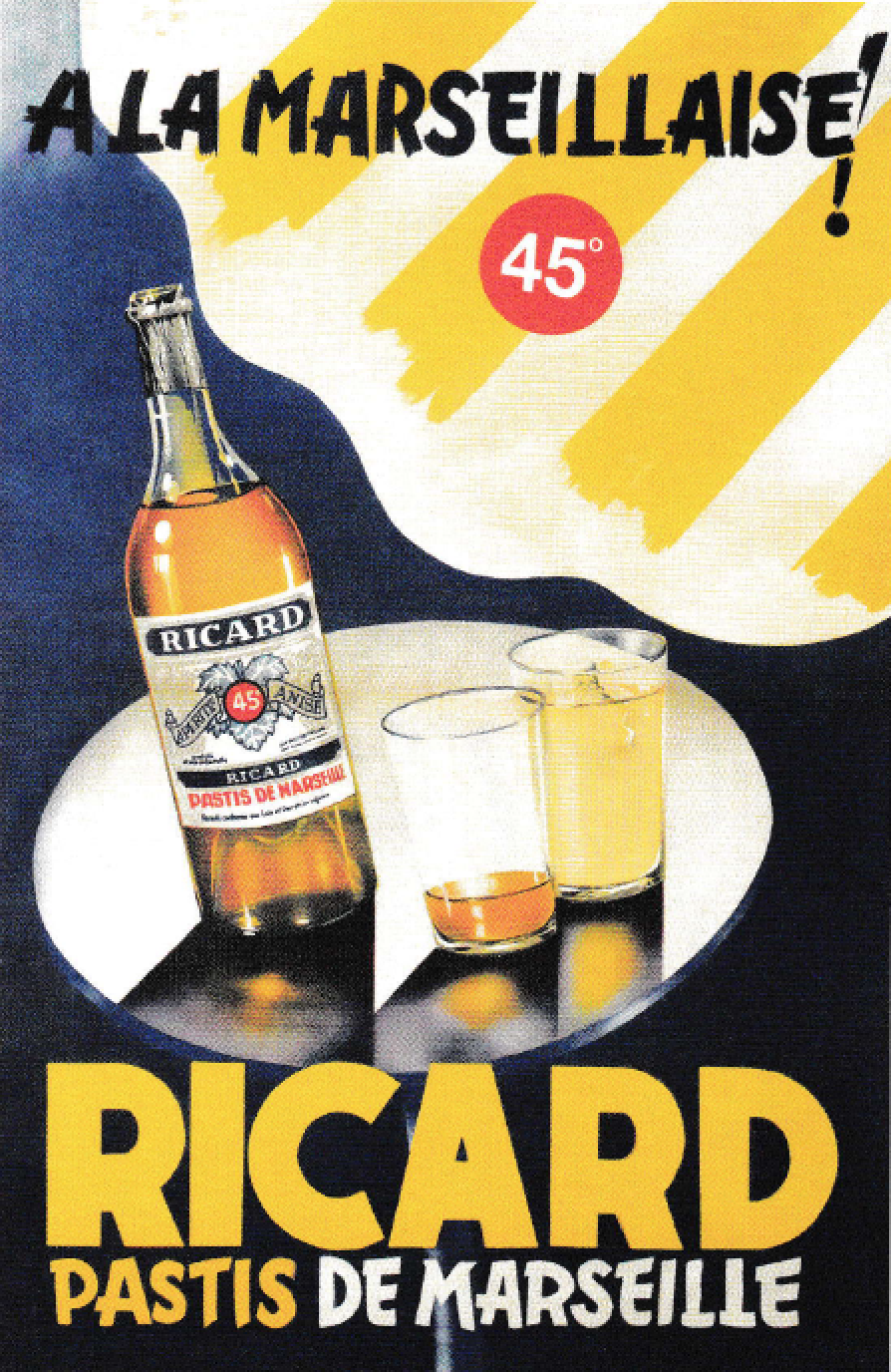 The other half of Pernod-Ricard, Ricard, dates back to 1932 when Frenchman Paul Ricard (born 1909) created Ricard, a more refined version of the anise-flavoured drink named pastis. The drink was very popular. However, trouble came in 1940 when the production of pastis was banned in France. In 1944, however, production became legal again, and Ricard continued to produce their refined beverage.

Paul Ricard retired in 1968, and his son, Patrick, became CEO in 1978, the same year in which Pernod-Ricard created a Spanish subsidiary. 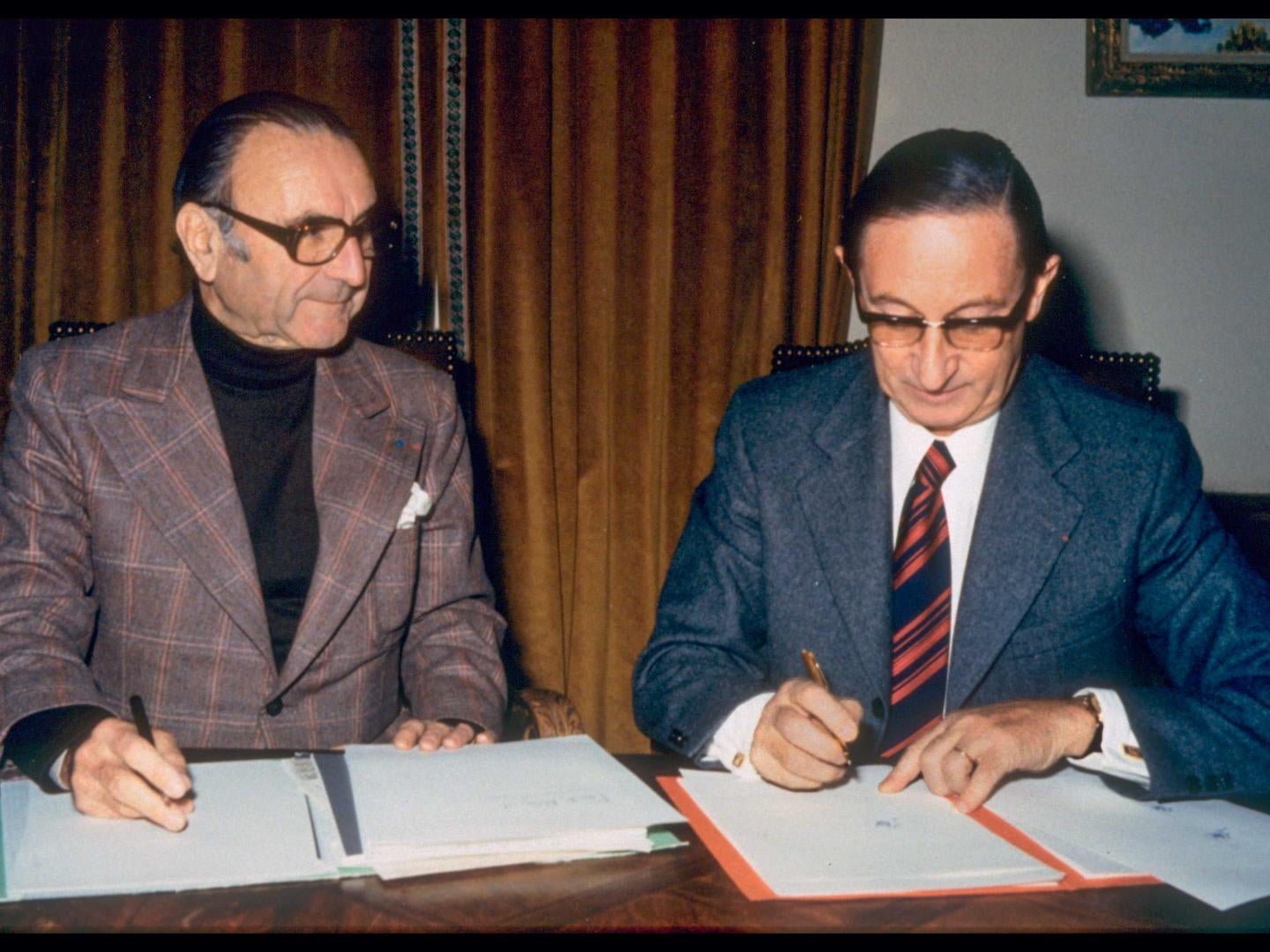 1975 saw the merging of these two companies to create a giant of alcoholic beverages, Pernod Ricard. From then on the company began to diversify its range. In 1976 they purchased la Compagnie Dubonnet-Cinzano (CDC) and Cusenier. The following years saw the acquisitions of many brands and companies.

In 2005, Pernod Ricard acquired Allied Domecq in partnership with Fortune Brands. They doubled in size again and became second largest in the world in wine and spirits. In 2008, Pernod Ricard bought Swedish company Vin & Sprit, owners of Absolut Vodka, for €5.7 billion.

Hoping to strengthen their presence in the wine world, Pernod Ricard purchased Kenwood, a premium wine company in California, in 2014.

Today, Pernod Ricard is one of the biggest beverage companies in the world, owning and producing whisky, gin, vodka, rum, wine, and liqueurs from over 90 production sites around the globe.

In December 2018, Elliott Management Corporation purchased a 2.5% stake in Pernod Ricard which is quoted on the French stock exchange. The company’s shares are held largely by institutional investors though the Ricard family still hold around 13% of the shares but around 25% of the voting rights.

In May 2020, Pernod Ricard announced a partnership with the United Nations’ EducateAll platform. They aim to provide free, responsible, and sustainable bartending training online. The course is accessible to all adults of legal drinking age through the EdApp mobile platform. This is part of Pernod Ricard’s “Sustainability and Responsibility Roadmap”, as well as being useful as nations across the world fight to recover from the Covid-19 crisis. I know who’d love this, my beloved!

Pernod Ricard’s ambition is to be a responsible and committed stakeholder in society. It believes there can be no conviviality with excess and strives to be sustainable and responsible at every step, from grain to glass which translates into an ambitious Sustainability & Responsibility strategy, as well as a contribution to civil society dialogue on matters that are relevant to the company.

It seeks to contribute thoughts and ideas, alongside all other stakeholders, to various discussions, such as: what is a fair and effective tax policy, how can responsible drinking be encouraged, how to regulate international trade or how to secure the highest levels of food safety etc. The company is proud to contribute a view to this debate, in a transparent and responsible fashion.

All images courtesy of Pernod Ricard