The House where Picasso doodled on the walls

There are many fabled South of France villas with storied histories featuring glamorous guests. But few can compete with the history or location of La Vigie, in Juan-les-Pins, which has recently come to market for a cool US$27 million.

The property, set close to Cap D’Antibes, was originally completed in 1912 and offers an enviable location directly facing the azure Mediterranean. First built for a wealthy local family, the property was sold in 1926 to the American mogul Frank Gould whose French socialite wife, Florence Lacaze, filled it with global celebrities ranging from F. Scott Fitzgerald to Jean Cocteau and even Pablo Picasso himself.

Many villas in the area can claim a visit by Picasso, but he mentions La Vigie himself in his diaries from that time. To thank his hosts he painted the walls of the salons and bedrooms, which wasn’t to the original owner’s taste. An interior designer was later contracted to remove the paintings, two of which can be seen in the gallery below.

What is known for certain, is that in the summer of 1924, Picasso used the villa’s garage as a studio, where he painted myriad canvasses. 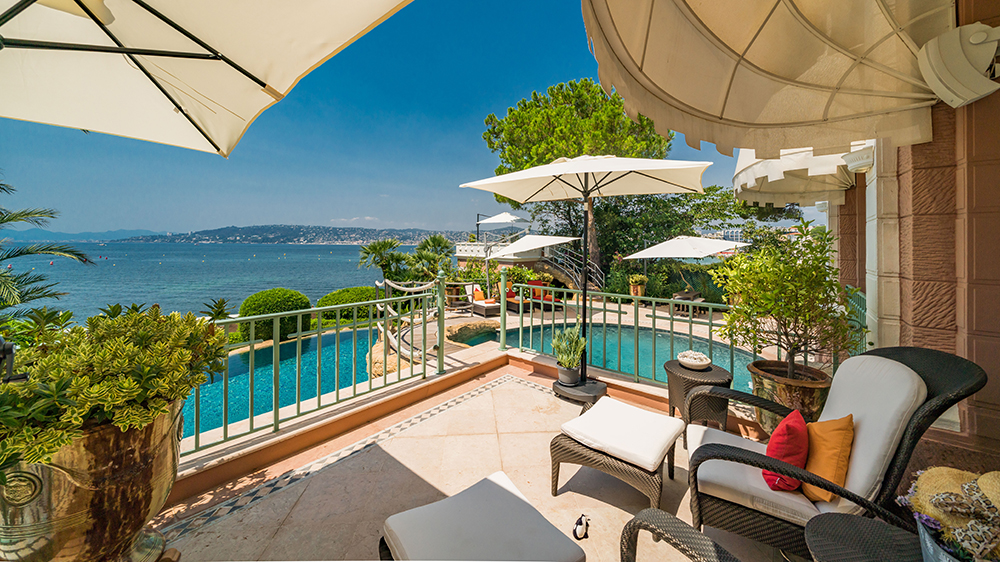 La Vigie is nothing if not spectacular. Built on the Cap D’Antibes peninsula, just a short stroll from the Belles Rives Hotel and the verdant La Pinede in Juan-les-Pins, the property sprawls over more than 600 sqm  (6,000 sq ft) of indoor space and includes between seven and eight bedrooms (and nearly as many bathrooms) depending on the configuration. Beyond its history, what’s most unique about La Vigie is its distinctive location, architecture and design.

For one thing, the property is set directly on the water (pieds dans l’eau) and not separated from it by a road like many other waterfront villas in the area. The architecture is a Mediterranean take on Neo-Gothic, rendered here in dazzling pinks, cream and azure that reflect the area’s iconic sunlight. The home is anchored on its lower level by a massive infinity-edge pool that is elegantly split in half by a bijoux bridge with one side literally lagoon-like. 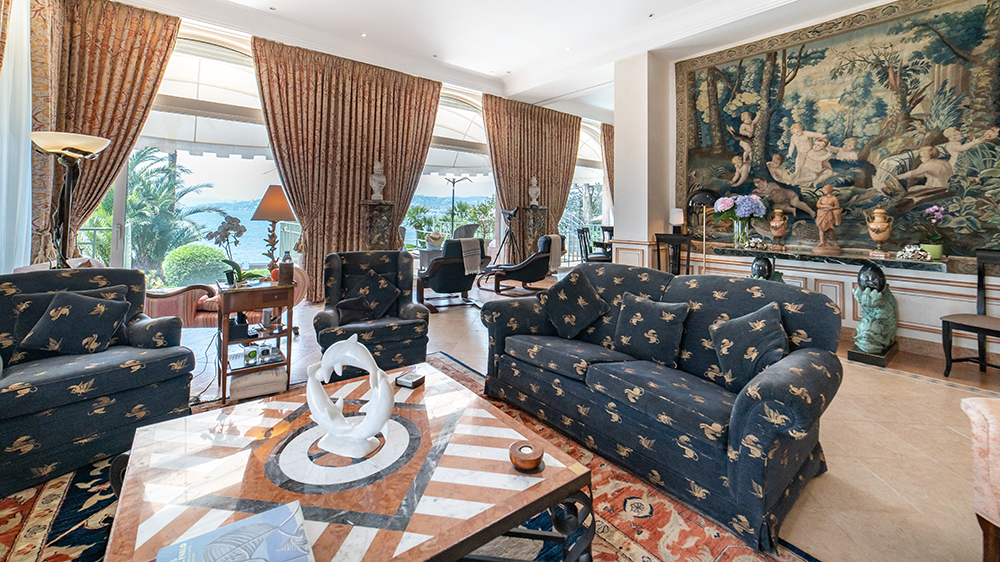 In the primary suite, there’s a private lounge, en suite bath and dressing room, while a nearby junior suite features its own balcony. Its lush gardens both imbue the property with endless greenery as well as keeping out prying eyes.

Perhaps, most intriguing, the villa’s now iconic tower, which dates back to its original construction, houses a pair of bedrooms and a bath along with its own alfresco lounge with sweeping sea views. Positioned prominently over the entire villa, the tower serves as the home’s unofficial “look-out,” which is fitting, since La Vigie means “the lookout” in French.

The property has been renovated extensively by the current owners who have used the villa as a family escape for the past 20 to 25 years. While the current owners love the home, they do not use it now as much as they once did. Considering its impressive prominence, La Vigie’s new owner could very well be a French family who understands that this is a trophy asset, one of the best of its kind in the region.

At the same time, history could repeat itself and La Vigie might once again be sold to an American family, like it was to the Goulds nearly a century ago.

While current geopolitical conditions have limited, somewhat, the buyer pool of ultra-high-net-worth individuals, the estate agents are confident La Vigie’s history and location will help it resist any market slowdowns, not forgetting the appreciation of the US dollar versus the Euro.

Now, where did I put my chequebook? 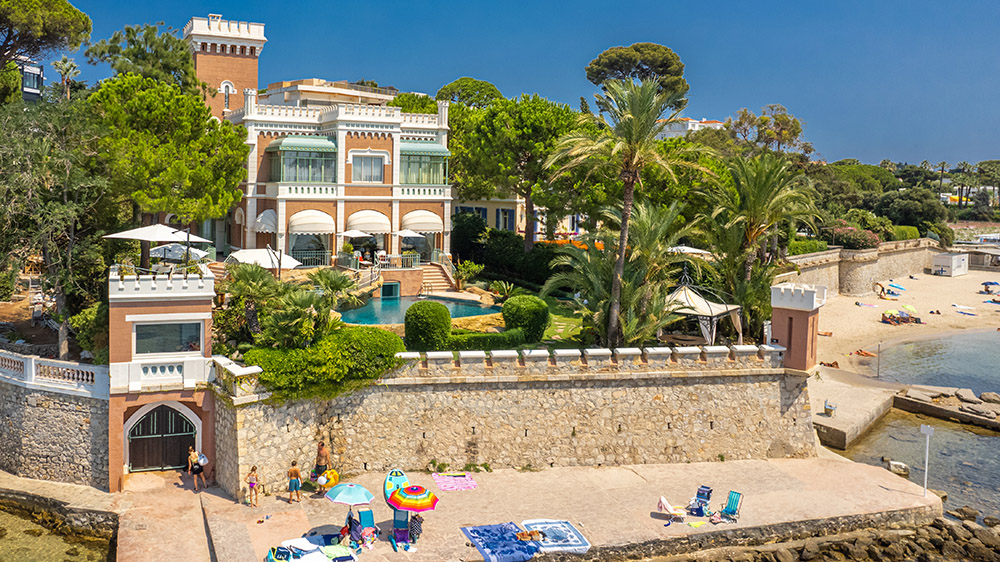 36 Comments on “The House where Picasso doodled on the walls”