I’m picking up my series of posts about Villages Perchés (perched villages) because there are still so many I’ve yet to cover. Today’s village of Aspremont is another regular summer ride and one of those villages grouped together by the Métropole Nice Côte d’Azur tourist department as the Route des Villages Perchés (Route of Perched Villages). The others are: Carros, Castagniers, Duranus, Saint-Jeannet, Coaraze, Colomars, Falicon, Eze, Levens , La Gaude, Lantosque, La Roquette-sur-Var, Saint-Blaise, Utelle and Tourrette-Levens.

Aspremont is located some 10 km (6 miles) north of Nice and 5 km (3 miles) east of Carros. The commune is rugged and heavily forested in the west and east. The Magnan river rises near the village and flows south through the heart of the commune then to the Mediterranean Sea in the south-west of Nice.

There’s evidence of pre-historic and Gallo-Roman dwellings here. But the first record of any settlement was in1062 when it was referred to as Aspermun.

In 1252 Aspremont was part of the fief of the counts of Provence, and then passed successively to those of Châteauneuf, Chabaud, Marquesan and Borriglione.

After the abandonment of the Aspremont-le-Vieux site in 1426, a fortified village was built in concentric circles at the foot of Mont Chauve on a hill overlooking a path between the Var and the Paillon de Tourrette Valley. Soil and sunshine favoured the cultivation of vines, olives, and fruit trees, particularly fig trees. The production of wine and olive oil in the area continues to this day.

In 1874 Aspremont had its land area divided to create the new communes of Colomars and Castagniers.

Aspremont is an unusual perched village in that its houses are built in a spiral, in concentric circles around its beautiful gothic church, forming a sort of crown around the summit of the hill.

The village itself is also surrounded by circular terraced fields, where typically Mediterranean fruit trees, vines and olives trees grow.

Aspremont is overlooked by Mont Chauve – site of a local race – a spur of bare rock 1053 metres (3,450 ft) high, where stands yet another abandoned fortress; Fort d’Aspremont built at the end of 19th century. 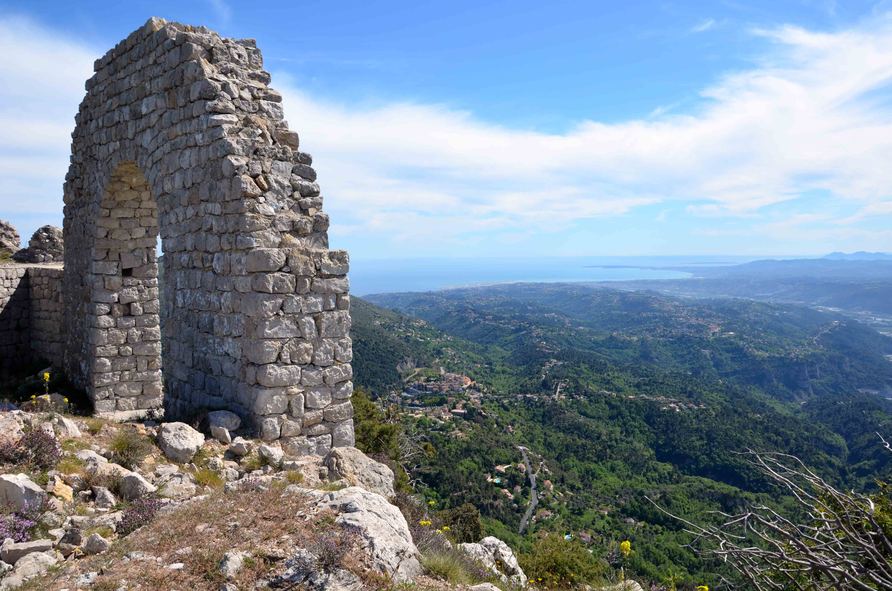 Inside the old village, neatly paved streets go up between the ancient houses and past paved squares, sometimes passing through arched tunnels beneath the buildings. At the top, the highest point of the village is occupied by an enclosed children’s playground.

At the road junction below the old village, a collection of shops and cafés with outdoor terraces welcome the traveller, and a lovely 17th century chapelle Saint Claude stands prominently at the centre.

There’s also the Church St Jacques Le Majeur (below) and another (penultimate photo) Chapelle which is called Saint Roch. 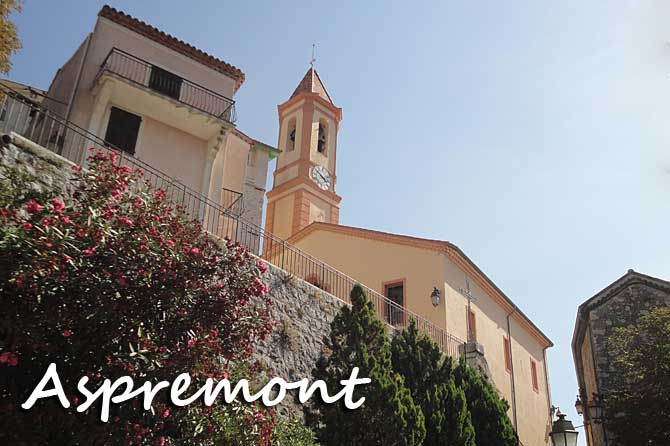 Any visit to the village of Aspremont requires some physical effort (very steep stairs), but the reward is waiting at the end of the road where there are cobbled alleys, vaulted passageways, some magnificent medieval stone houses and more recent ones with colourful facades, secret gardens and flower-filled terraces with their bougainvilleas and laurels, small fountains and a large wash-house, nooks and crannies, etc… 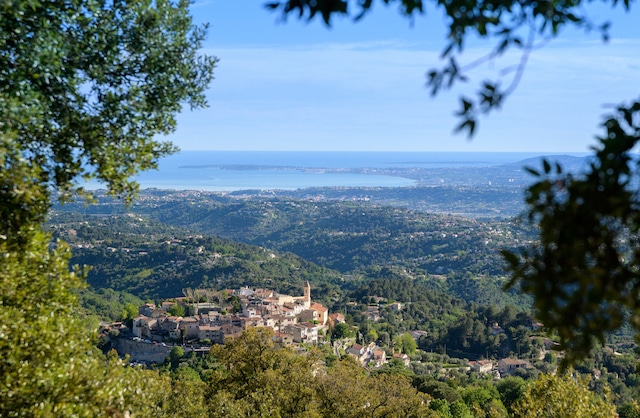 And everywhere you will be dazzled by the same view of the Big Blue in the distance: pure paradise! 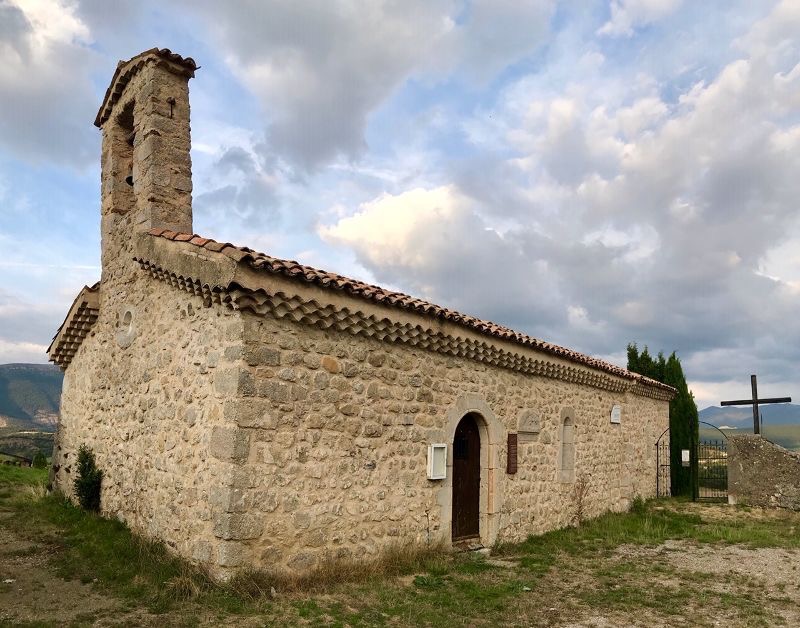 This area is too rugged for good local hiking, but Aspremont is at the junction of two principal Grande Randonnée trails. The GR5 that goes north from Nice up through the Parc du Mercantour, and the GR51 – Balcony of the Cote d’Azur.

I confess that I tend to cycle up to Aspremont, through the village and head down either to Nice or the Var valley.

27 Comments on “Trip to Aspremont”