Until recently this has been very much a word-of-mouth brand but no longer as it recently arrived with quite a splash in Harrods, London, taking over its windows with an impressive display.

Moynat could justifiably claim to be the world’s most luxurious bag maker, but it doesn’t. It is both historic and brand new. It is owned by the greatest luxury tycoon in history, who doesn’t talk about it. Let me clarify.

Pauline Moynat, a visionary and the only woman trunk-maker in history, co-founded Moynat in 1849, and soon made the house the most Parisian among the French leather goods and trunk makers. Founded at the time of the establishment of the French railway system, the house registered innumerable patents, especially for train luggage. Later Moynat specialised in custom-made trunks that fitted the contours and were matched to the colour of the car body. The most famous example is the Limousine trunk patented in 1902, and never copied.

The House of Moynat was the result of a meeting between Pauline Moynat, who sold travel goods in the Opera district of Paris, and the Coulembier family, manufacturers from the faubourgs – the inner suburbs to the north of the city. In 1849, the trunk makers opened their first atelier. They joined forces with Pauline Moynat to open the Moynat boutique in 1869 on what was then the Place du Théâtre Français (now the Place André Malraux) opposite the famous Comédie-Française. The boutique was situated at the heart of Haussmann’s redesigned Paris, and following the construction of the Avenue de l’Opéra in 1876, it took pride of place at nº.1, later to become the oldest shop on the avenue. The collaboration between Pauline Moynat and the family of manufacturers began with François Coulembier, continuing with his sons Jules Ferdinand, Edmond, Louis and Maurice. The house reached the height of its commercial powers under the direction of the founder’s grandsons, profiting from the rise of the automobile to become a design reference in the context of this new mode of transport. n 1907 the Coulembier family began construction on a model-factory at 15, rue Coysevox up at Montmartre.  Most employees at the factory were specialist artisans who built all the Moynat trunks. For the first time ever in Paris all the specialist skills associated with trunk-making were gathered together in one place. Moynat patented its first inventions for packaging materials in 1854.The label was the first to use hardened gutta-percha waterproofing to produce its trunks and packing boxes. In 1870, Moynat brought out the wicker trunk, known as the “English trunk” or “Moynat trunk”, a lightweight structure consisting of a wicker frame, covered with a varnished canvas and leather trimming. The product weighed a mere two kilos and was highly sought after by travellers wishing to avoid excess baggage fees.

In 1889 Jules Coulembier perfected a whole new system of lightweight trunks, followed in 1910 by the invention of an extra-light, unbreakable model. 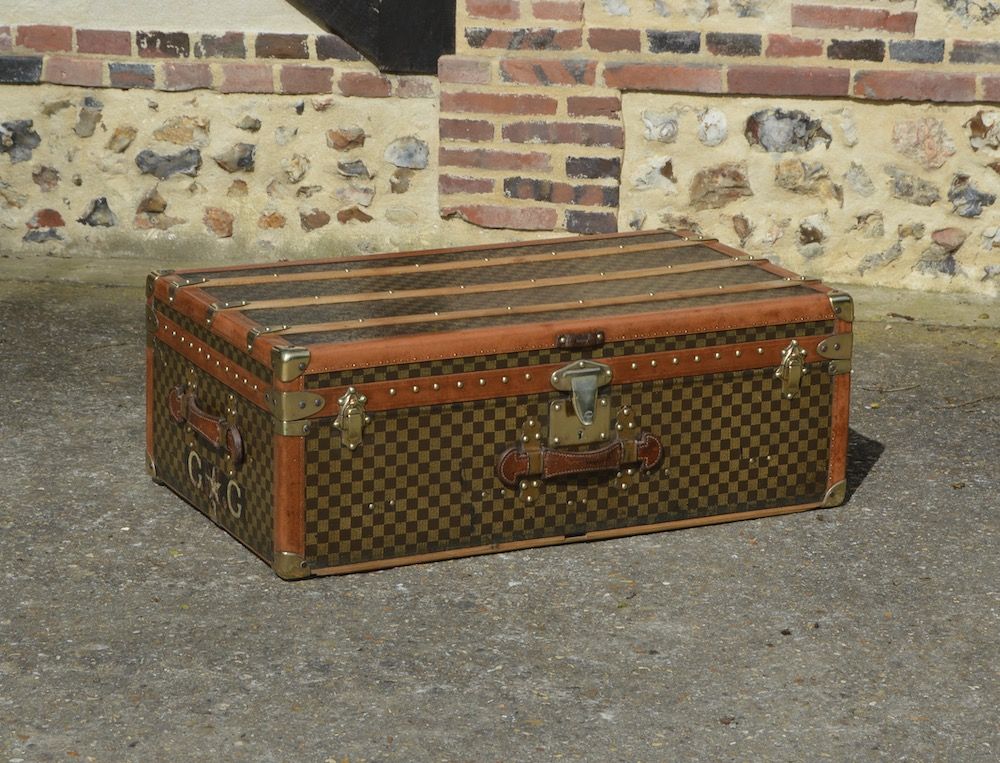 Moynat was a regular participant in World’s Fairs since the second edition in Paris in 1867. The house also took part in the Exposition universelle in Paris in 1900, Brussels in 1910 and was appointed jury member at the Turin exhibition in 1911, and was awarded two gold medals and two special prizes at Ghent in 1913.

However, it was in 1925 that Moynat broke the record at the Exposition Internationale des Arts Décoratifs et Industriels, where its automobile trunks were a great success, awarded a Diplôme d’Honneur by its peers together with a number of gold, silver and bronze medals, a record of achievement that distinguished Moynat as the leading French malletier (trunk maker) of the time.

Moynat closed its boutique at the Place du Théâtre Français in 1976. Its trunks however continued to travel around the world. The house changed hands numerous times until luxury holding company Luvanis SA bought the rights to Moynat in the late 2000s, developed a revival plan and assigned the brand to Groupe Arnault, LVMH’s CEO Bernard Arnault’s holding company which acquired Moynat in 2010. Luxury is the time taken to make something. It’s about the effort put in to every element of making something, it’s not just about a label or a brand. It’s about taking it to the limit of the best that I can be proud of. From the very beginning, we felt the object had to be beautiful, so beautiful. This house is only about superior craftsmanship; we concentrated on the product and only the product because that was all there was. 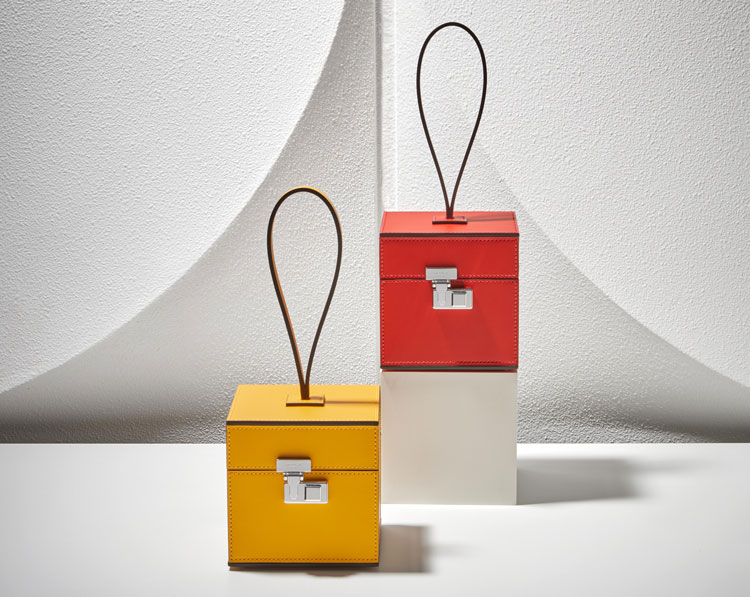 Preservation of heritage and craftsmanship

The brand’s challenge is in leveraging its savoir faire and roots, without becoming a museum of craftsmanship. The company has a strong heritage but is now creating for the customer of today’s generation, so it uses age-old techniques and applies them to the modern day. 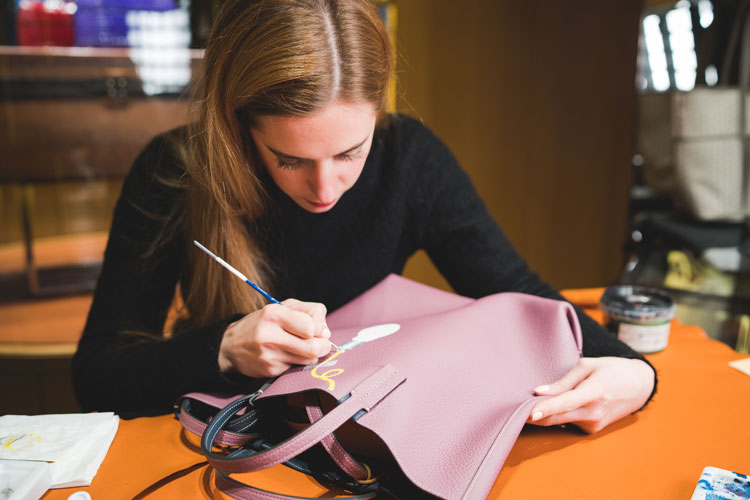 Moynat maintains, and intends to maintain, an air of mystery. The company isn’t  about it-bags for the season. It really believes in timelessness, craft, and quality, and being able to repair products. Moynat doesn’t target the masses and remains niche. The biggest challenge is the production and the quality, as the company makes products in an old-fashioned way. 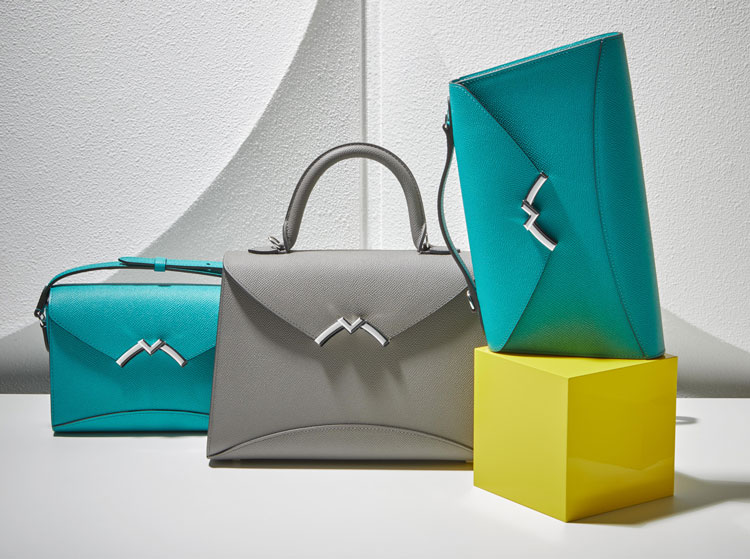 The company intends to keep Moynat at the top in terms of craftsmanship. 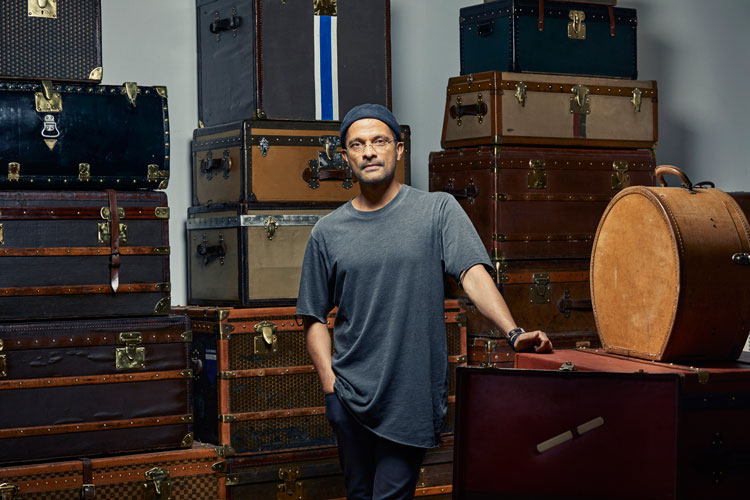 Nair (pictured above) has (re)built the Moynat style signatures around shapes, structure, and details such as metallic components, as well as the liberal use of colour. What brings it all together is the harmony and balance between the elements. 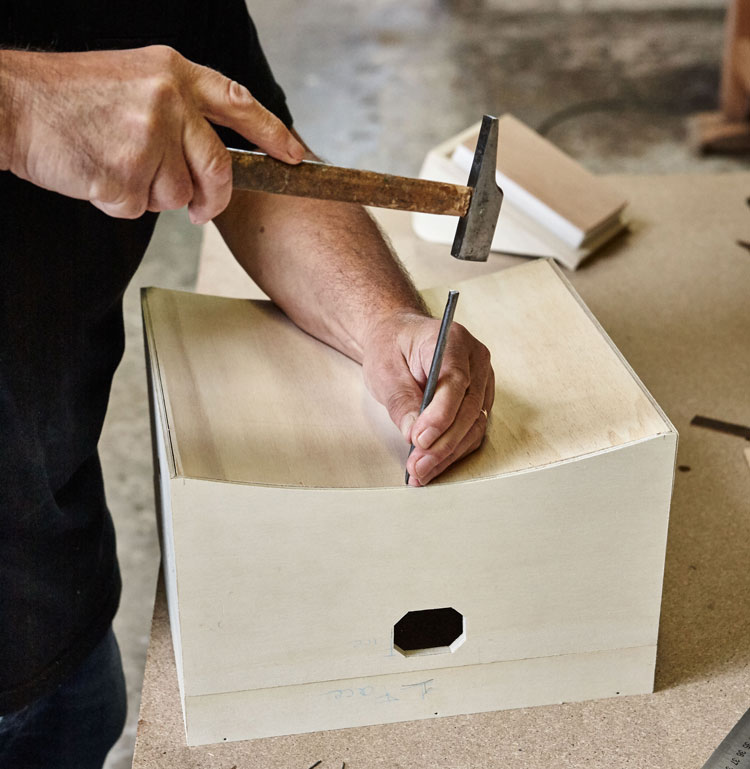 In the mid-1800s the company’s products were designed around utility and novelty. They were meant to perform a function or find a solution to a constraint. For example, the Malle Anglaise (English Trunk), was created as an extra-lightweight trunk to overcome weight restrictions placed on railway travel, especially for those traveling between the UK and Paris.

Similarly, monograms and logos were created as a novelty, to distinguish the House from other makers and to protect against counterfeiting. Both types of innovations led ultimately to design-led creation. Although no one now travels with wooden trunks but the company has maintained, and in some cases revived, the skills and techniques that were practiced in 19th century and applied them to modern bags and accessories in ways that make sense today.

Lifestyle changes mean that the company’s creations today are aesthetically very different from those of 19th century, but it still uses the same natural materials, leather, wood, and canvas, even while it incorporates 21st century carbon fibre and titanium into some of its modern trunks. Moynat continues to use traditional artisanal methods perfected over the centuries since the company’s birth.

Nair says that one of the things that make him very proud, quite separate from commercial success, is having set up the Moynat atelier and taking it to such a high level of workmanship. The work that the atelier produces has helped to (re)-establish Moynat’s reputation and has ranked it among the most revered names for quality and refinement. All without the help of advertisement and product placement.

Moynat is not about trunks or luggage or even bags. Moynat is about movement, mobility, and action. Trunks and travel objects were the foundation of the House of Moynat, but even then Moynat was forward-looking. Pauline Moynat, the founder, was the first to introduce a range of women’s travel handbags in the early days of the railway. The position of Moynat as a pioneer in incorporating lifestyle changes into products remains one of the House’s guiding principles.

All images courtesy of Moynat