Dogliani turned out to be a charming gem, like many of the small towns and villages in Piedmont. It’s situated between the Langa Monregalese and Alba, and is the perfect destination for all those (like us) who love good wine and good food. The panorama, beautiful in every season, becomes even more picturesque in autumn. 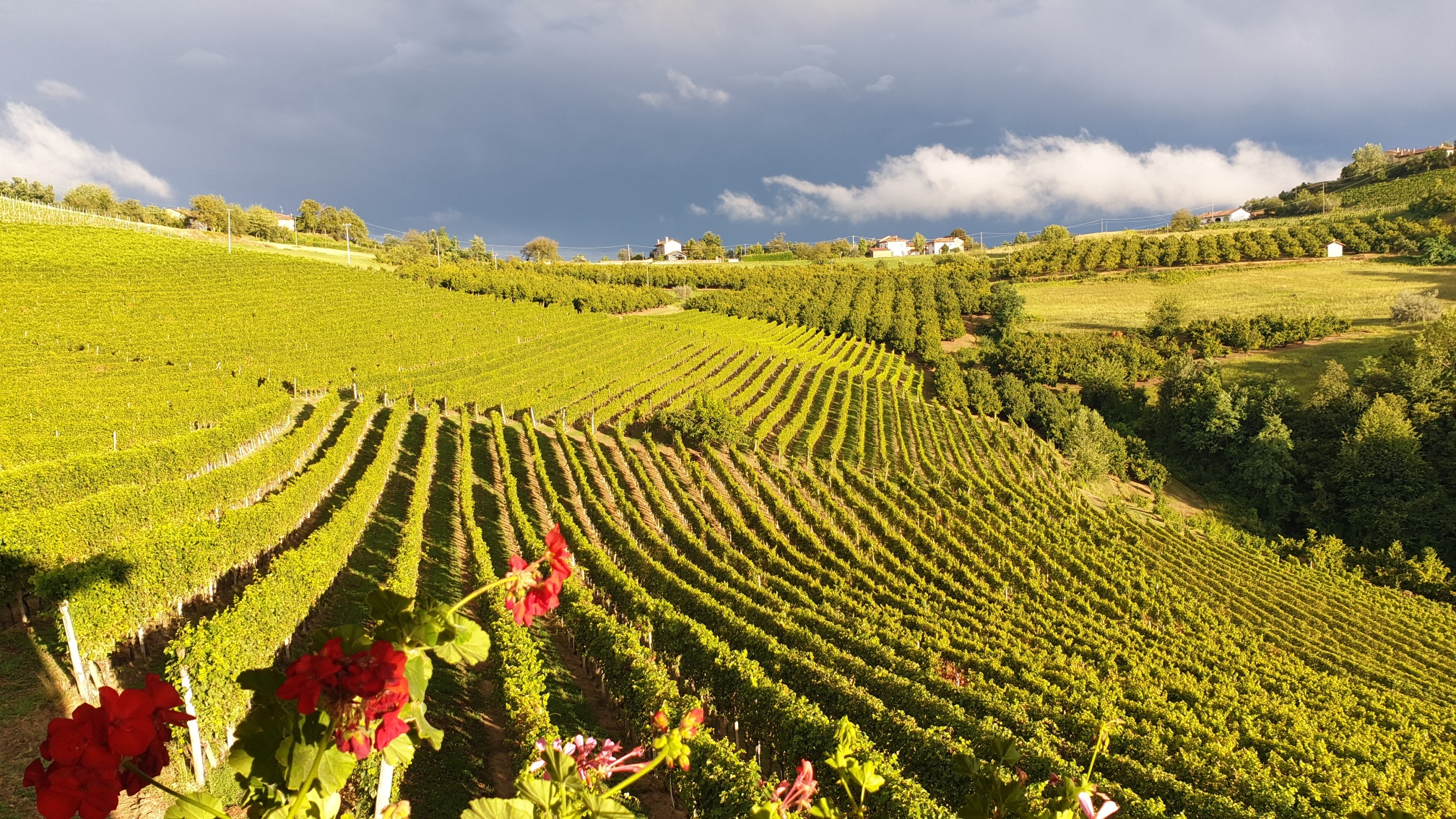 Considered the capital of south-western Langhe, it still maintains its historic appearance.

The town is divided into two parts: Borgo, located on the valley floor next to the bed of the Rea river, and Castello which stands on the hill about 300 meters (900 ft) above sea level and which still retains the typical appearance of the medieval period. 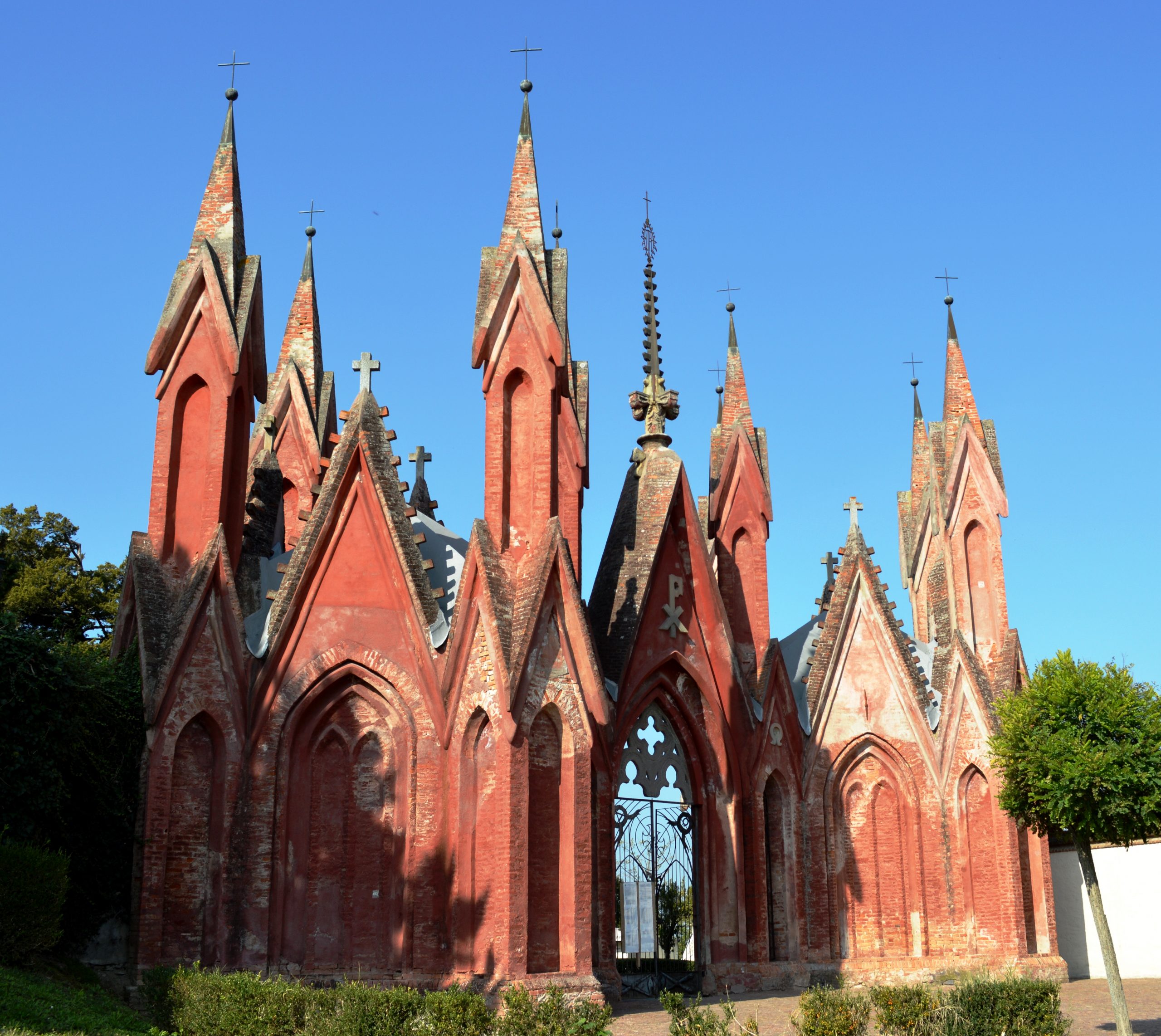 The town’s current appearance is largely due to the expert hand of the Doglianese architect Giovanni Battista Schellino, an eclectic and extravagant figure, who grew up in Spina, a hamlet of Dogliani. His numerous projects gave new life to Dogliani at that time, which already enjoyed important economic and cultural splendour in 19th century. Among his works in the town are: the Parish Church of St. Peter and Paul, the monumental entrance to the cemetery (above), the Civic Hospital, the restoration of the Church of San Quirico, the Rosary pillars and the Holy Family Retreat.

The cultivation of vines and production of wine have made Dogliani an important agricultural centre where local producers sell their wares in the town’s Tuesday and Saturday markets.

The origin of the town is certainly pre-Roman: the people who lived in these areas were in fact of Ligurian stock. Starting from 200 BC the Roman incursions became more and more numerous and constant, evidence of which are preserved in the town’s G. Gabetti historical-archaeological museum.

The medieval-style structure of the town still prevails from the Castle on high to the surrounding walls in the lower part next to the Rea river. During the Late Roman Empire (period of the decline of the Roman Empire, from the end of 3rd century AD to 476) that the inhabited centre first moved towards the Pieve and was then perched around the fortified area, the castrum, to defend itself from looting in 10th century by the Hungarians and Saracens.

The two access gates to the city defined the residential area and are still visible today: Porta Soprana (above) and Porta Sottana are located in the lower part, in Dogliani Borgo. The façade of Porta Soprana represents one of the most evocative medieval views and was the most important of the four entrance gates to the town which could be accessed by crossing the only wooden bridge over the Rea river.

For a certain period of time Dogliani was probably under the feudal family of Frankish origin of the Aleramici whose various branches settled in Liguria and also took root in southern Piedmont. In 12th century, with the Conventions, Dogliani obtained the first municipal autonomy. From then until mid-15th century, the town was the scene of infighting that saw the Monferrato, Saluzzo, Acaia and Visconti families as protagonists. 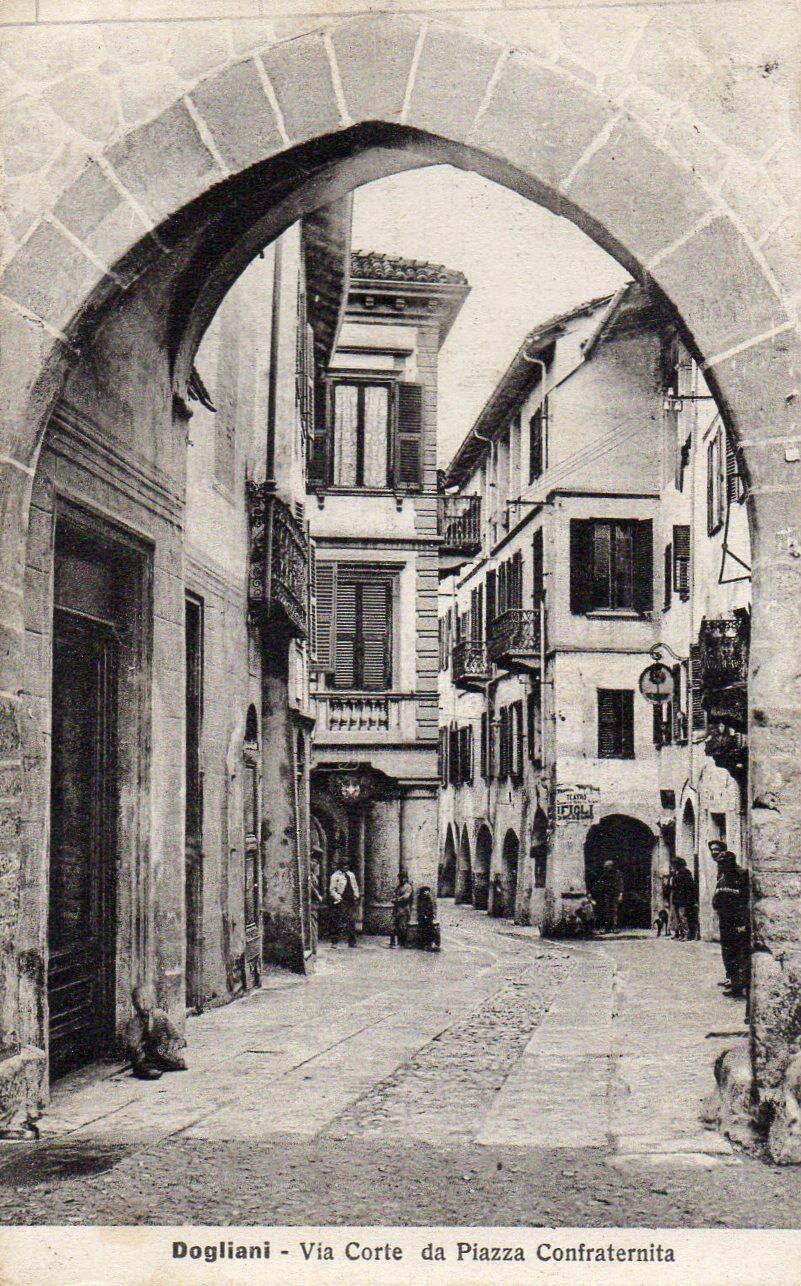 In 16th century Dogliani was occupied firstly by the French and then by the Spaniards during the war between Francis I and Charles V for dominance in Europe. Later it passed under the marquisate of Busca and that of Saluzzo and around the early years of 17th century, with the Treaty of Lyon (1601), Dogliani passed to the Savoy family who in turn gave it as a fief to the Solaro di Moretta and Solaro del Borgo families.

With the Napoleonic interlude the so-called “liberators” did nothing but replace the previous exploiters and the town could only submit to French laws (perhaps mindful of the fires that burned Marsaglia, Castellino and Belvedere Langhe).

With the arrival of Napoleon Bonaparte and his army in the Langhe area, and with the beginning of the Italian Campaign which brought considerable fame to the Corsican general, there were bitter clashes between Piedmont and Liguria and the Austrian troops.

Dogliani was occupied by the French and merged with the Department of Montenotte together with a large part of Liguria. It was recognised as the capital of the canton which included the villages of Farigliano, Bonvicino, Belvedere and Clavesana and it became an important economic centre.

The 19th century saw profound changes in Italy, Dogliani shone once more, thanks to the Doglianese architect Giovanni Battista Schellino, giving it a uniqueness that is unmatched in other inhabited areas of the Langhe with its neoclassical domes and Gothic spiers.

Aside from our wine purchases, we also plundered the butcher, baker but not candlestick maker before enjoying lunch at a restaurant recommended by the wineshop owner. Where I discovered, much to my delight, that you can also enjoy truffles in sweet as well as savoury dishes.