Anyone who’s travelled extensively in the Far East cannot have failed to notice how much they love French goods, all French goods. 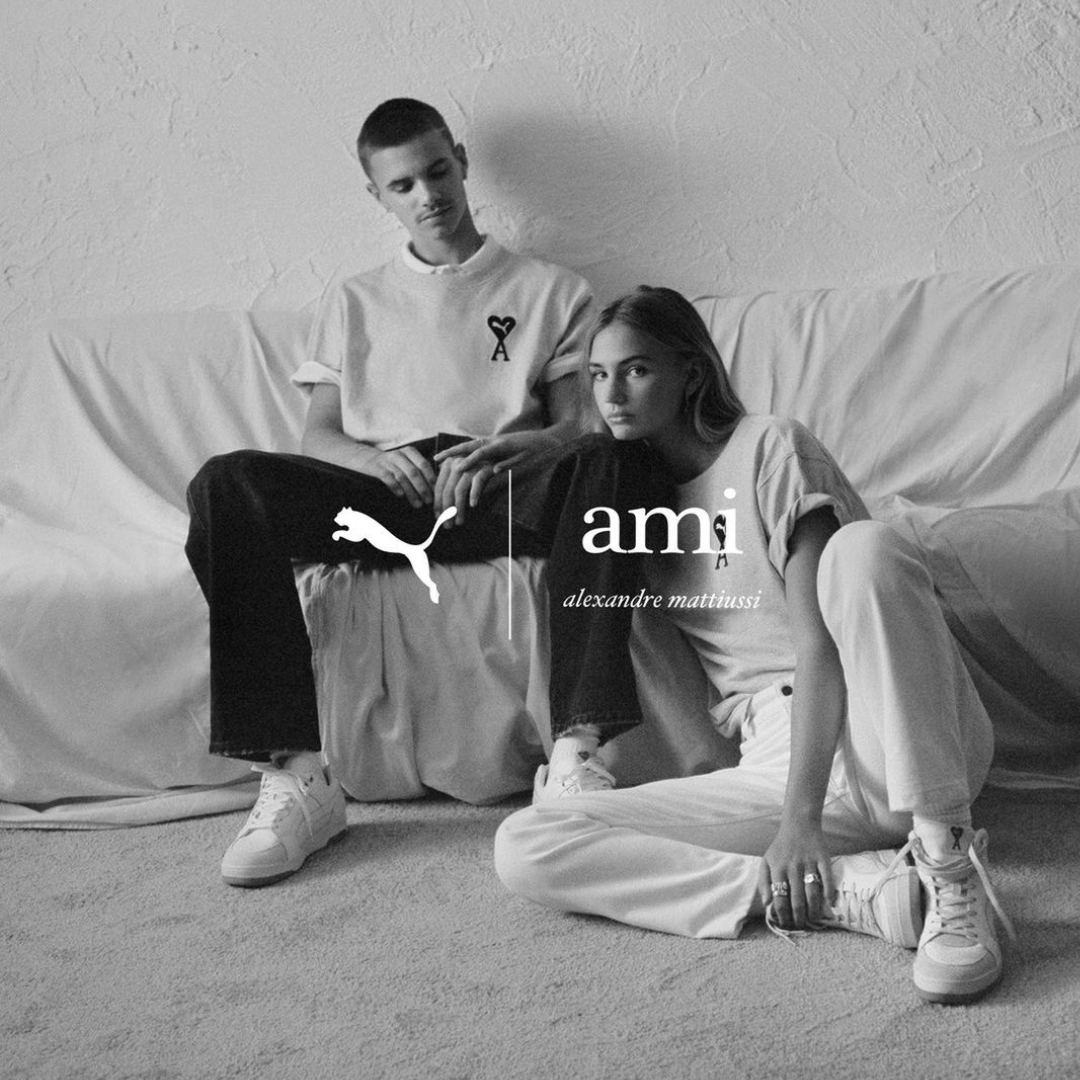 Today I’m shining the spotlight on French designer brand AMI founded by Frenchman Alexandre Mattiussi, born in Normandy in 1980, who studied at Duperré fashion design school in Paris. After formative experiences in several fashion houses – travelling between Paris, Milan and New York – working at Dior Homme, Marc Jacobs and Givenchy, the designer decided in 2011 to launch his own brand: AMI.

Created in Paris and inspired by that city ever since, AMI offers stylish and comprehensive wardrobes for men and women, blurring the boundaries between casual and chic. The name AMI, the French word for friend, is a play on the founder’s initials.

Mattiussi had a clear vision: real clothes for real people and to make luxury fashion accessible. He is renowned for his very humble and genuine approach to fashion. After only being an established brand for two years, in 2013 AMI Paris was the first brand to win the prestigious Andam award. Winning two years of mentoring by Italian fashion entrepreneur Renzo Rosso, as well as a cash prize of 250,000 euros.

In 2017 AMI’s instantly recognisable De Coeur logo became the new brand signature, featured across the range but mostly recognisably by the oversized knits. Fast forward a year to January 2018 and AMI showed its first ever ‘ Menswear for Women’ collection during their AW18 show, comprising of men’s looks adapted and adjusted for the female clientele – a big move for the brand. 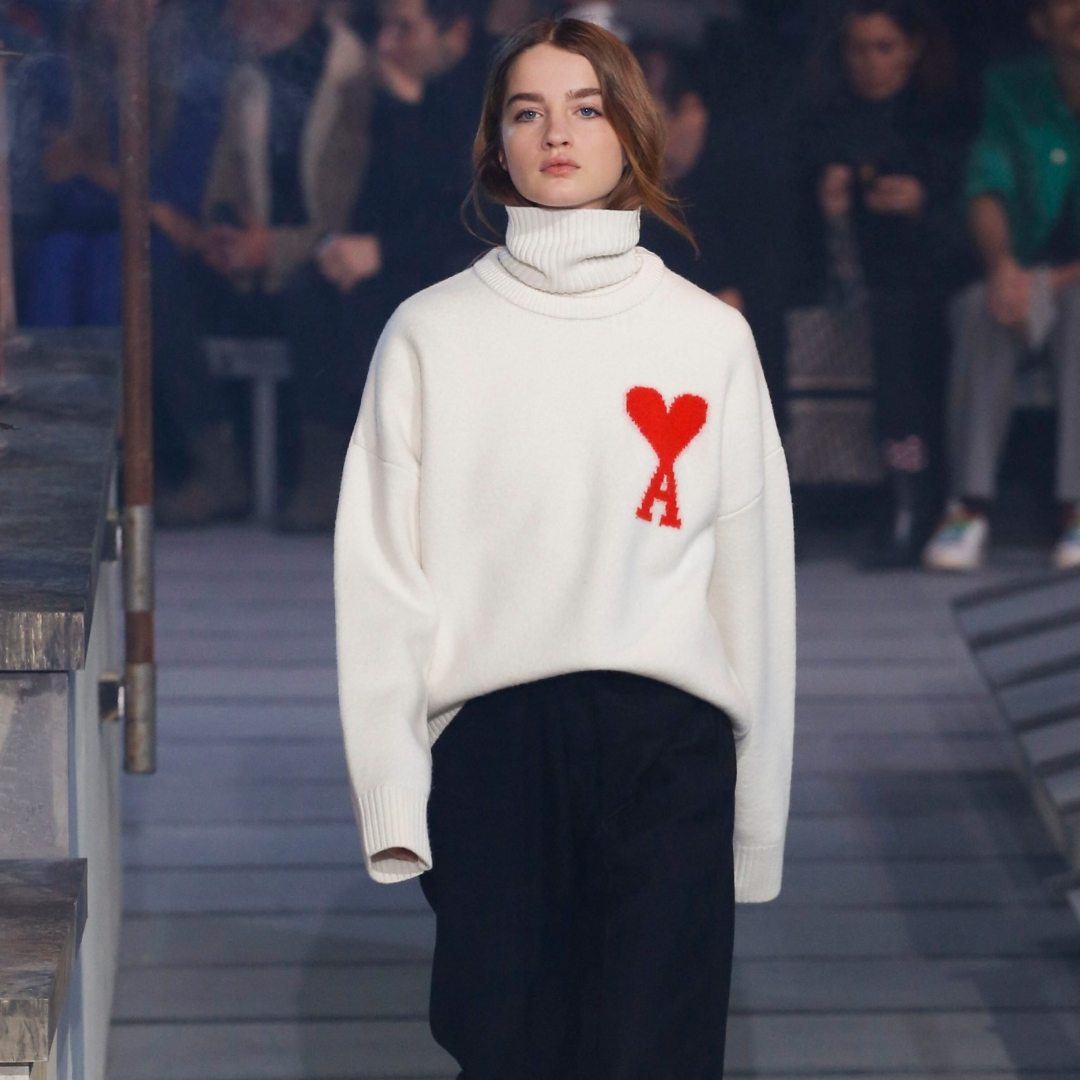 Today, AMI is no longer a small start-up business, it is a globally recognised fashion house and Alexandre Mattiussi still lives by the motto, ‘if you approach people with a smile and good energy people respond in a nice way.’ opening his store in New York, next to Loewe and Saint Laurent in December 2021, he is taking the brand from strength to strength thanks to major investment  from VC firm Sequoia Capital China which  took a controlling stake in AMI in January 2021 with the goal of helping the brand quickly achieve digital transformation and greater global penetration, particularly in the Far East.

AMI is now betting big on South Korea with the recent opening of a flagship store in Seoul, supported by a show during Seoul Fashion Week in October. The 300 sq metre (3,000 sq ft) shop, its biggest in the world, opened in Seoul’s Garosu-gil area on 1 September and spans four floors including menswear, womenswear and accessories.

It’s a major step for us, given the importance of Korea in our business. But, it’s beyond numbers, because of Korea’s soft power. We have been looking at the market since the beginning — they are trendsetters.

Santi-Weil notes that South Korea’s influence is now extending well beyond the Asia-Pacific region. He’s enthusiastic about the wider bustling Seoul district of Gangnam-gu, which includes the popular gingko tree-lined streets of Garosu-gil where the new flagship is located. The area close to the new flagship is packed with concept stores and high-quality restaurants. It’s an interesting district for a freestanding store because it is one of the neighbourhoods where Koreans walk — there’s a lot of foot traffic.

AMI first entered South Korea in 2013 with Samsung as its local partner and has built its presence to include 10 shop-in-shops in luxury malls, two wholesale accounts in multi-brand stores, an e-commerce website — plus the new flagship. South Korea is among its top five markets, behind China, France and Italy, and level with the US, accounting for approximately 10% of turnover. The brand expects to triple its revenues in South Korea in the year to February 2023, compared with the year prior.

South Korea has emerged as a reliable luxury beacon in the APAC region, contrasting at present with China, which is still affected by its ongoing zero-Covid policy, with strict lockdowns and store closures. Luxury sector CEOs have flocked to Korea this spring. Dior staged a debut show in Seoul in April and opened a new concept store.

Santi-Weil prefers to play down concerns about China and remains optimistic as the market is slowly picking up. AMI, which has 12 stores in China, is certainly well positioned to leverage growth when the country fully reopens.

Menswear still represents the majority of AMI’s business but womenswear, introduced in 2019, is growing faster. AMI also has a wide unisex offer which resonates with the Korean market. The brand is on a winning streak globally, forecasting total sales of around €250 million in 2022, up from €135 million last year. Long may it continue!

All images courtesy of AMI