This week we’re back on familiar French territory – ready-to-wear.

Zadig & Voltaire is a leading French brand in the accessible luxury ready-to-wear market, known for its Parisian-chic and rock and roll inspiration. The company currently operates approximately 400 boutiques and shop-in-shops in approximately 40 countries throughout Europe, Asia and North America. The consumer brand is also active across channels, with an e-commerce platform and a broadening wholesale effort, which spans product licensing, as well as partner-led retailing in 12 additional countries. Zadig & Voltaire was subsequently acquired by Peninsula Capital in March 2021. 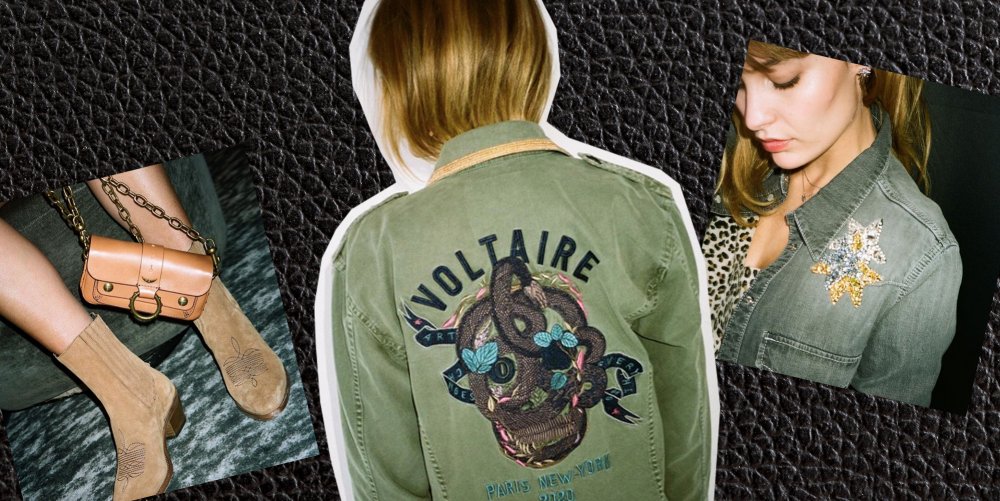 Zadig & Voltaire is a parisian ready-to-wear label founded in 1997 by Troyes-born Thierry Gillier, the grandson of Andre Gillier, co-founder of the iconic French fashion house Lacoste. Raised in a family of textile entrepreneurs, he moved to Paris after studying in New York, where he worked for Yves Saint Laurent before launching Zadig & Voltaire, in 1997, with his ex-wife Amélie. Gillier named the brand after one of his favourite books, the 1747 novella Zadig, or the Book of Fate, by the French writer Voltaire. Gillier explained:

Zadig was a revolutionary and told people to be themselves. Zadig & Voltaire captures the free spirit and individuality. 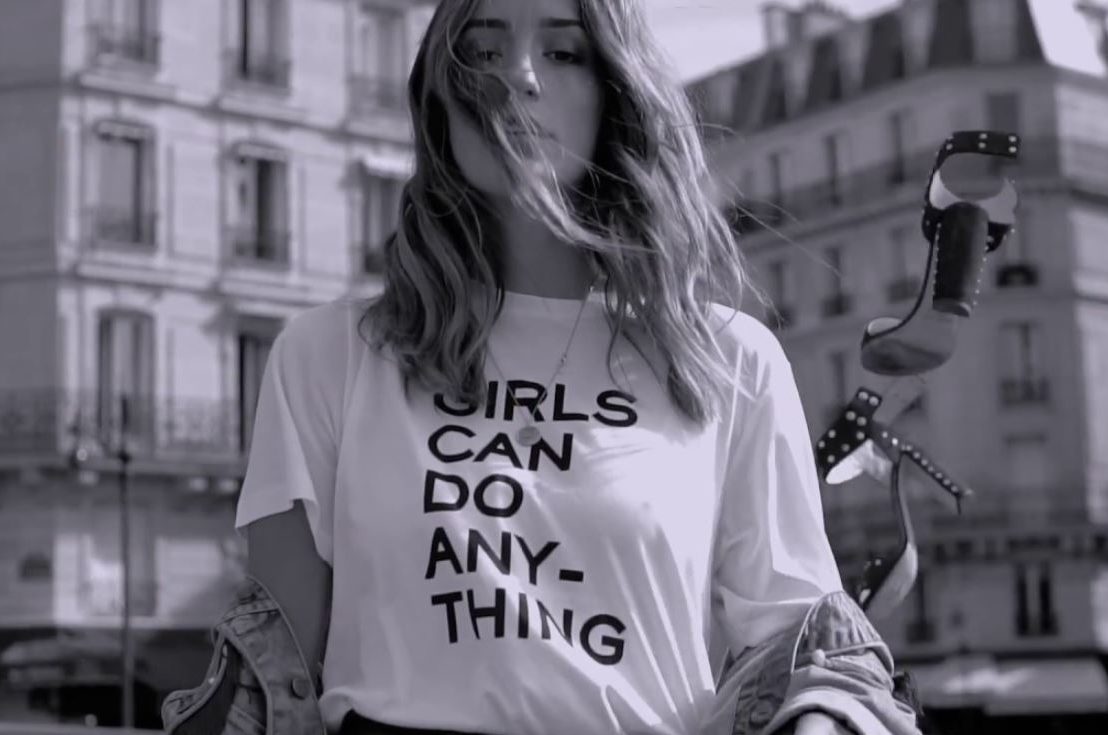 The originality of their relaxed pullovers lay also in the little rebel touches added by Amlie, e.g., skulls, eagles, or a rock star’s name on the back. Zadig & Voltaire soon became known for luxe, rock-chic silk shirts and dresses, leather jackets and strategically torn jeans and T-shirts that have become off-duty celebrity staples. (The New York Times once described Zadig & Voltaire’s look as “Haute Liberal Arts Dormitory.”) The first Zadig & Voltaire store opened in Saint-Germain-des-Pré in 1997.

In the beginning Zadig & Voltaire was a women’s fashion brand but, since 2004 it has had a men’s line and two years later introduced a children’s line. It’s a fashion house characterised by an edgy, youthful style and the use of quality materials. It draws inspiration from art and musical artists such as Patti Smith, Marianne Faithfull and Jane Birkin. Products are based on a punk-rock aesthetic, mixing very different fabrics such as cashmere, leather and denim. Clothes with a grunge flavour embody the strength and sensitivity of the modern woman. 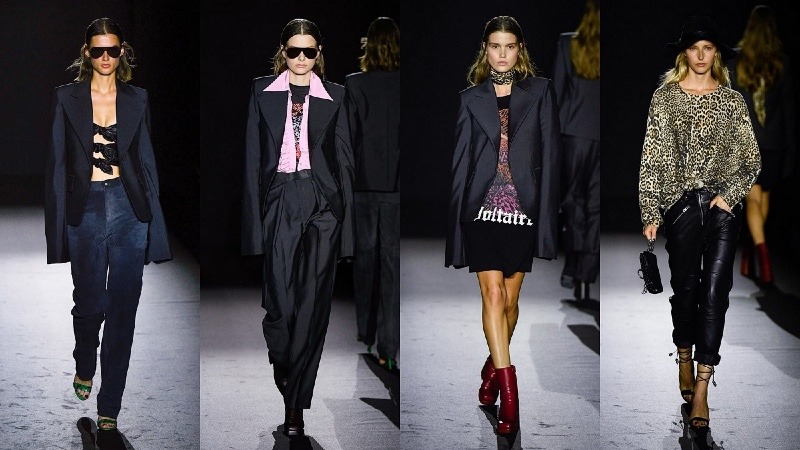 Since 2006, the Swedish former model Cecilia Bönström, Gillier’s current wife, has been the brand’s artistic director. She manages the development of all collections (women’s, men’s and children’s) for the design studio. 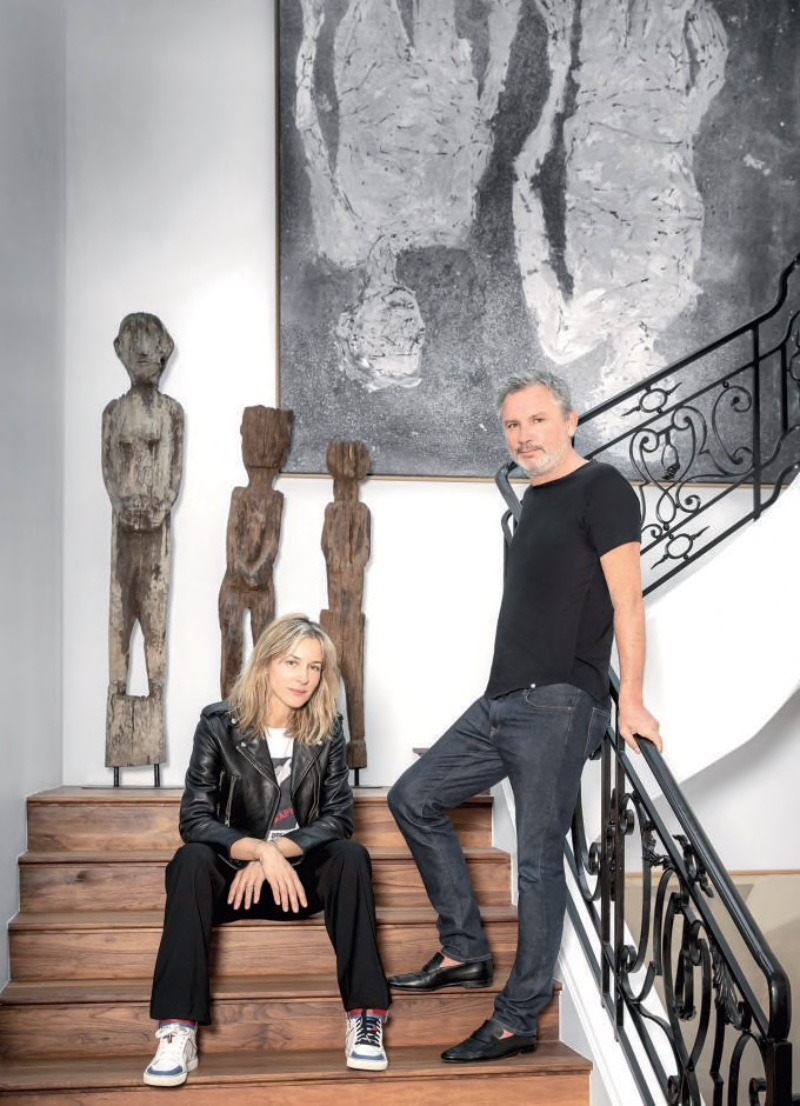 The French brand has collaborated with several international personalities and brands to create capsule collections. In 2019, it launched four handbags with supermodel Kate Moss. A strategic marketing choice in line with the increase in accessory sales (20% of the brand’s total sales volume is bags). 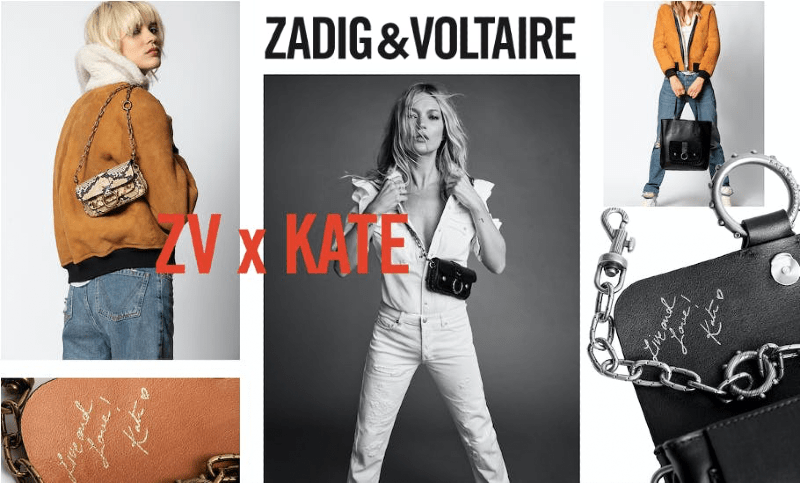 The brand is also enjoying considerable success with its fragrance lines introduced in 2012. In 2019, Zadig & Voltaire’s sales increased by 25% year-over-year and, in particular, revenue from accessories increased by 42%. 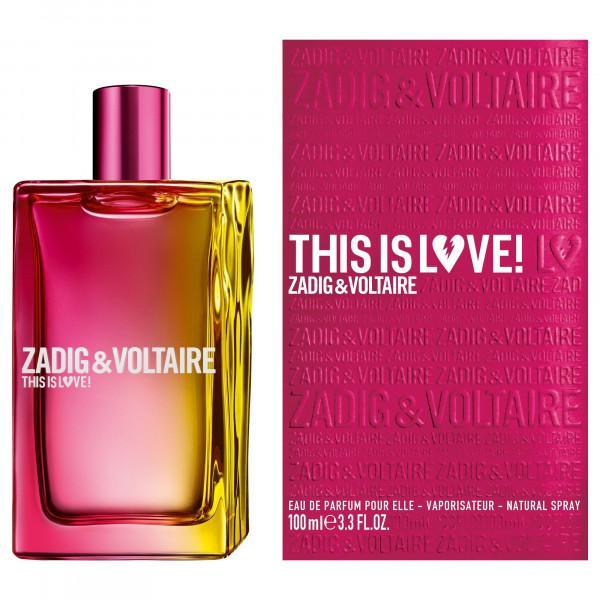 Last year marked its 25th anniversary when it revealed an ambitious, international expansion policy with goals for 2025, including an intensified focus on China, a new digital strategy and a commitment to sustainability. 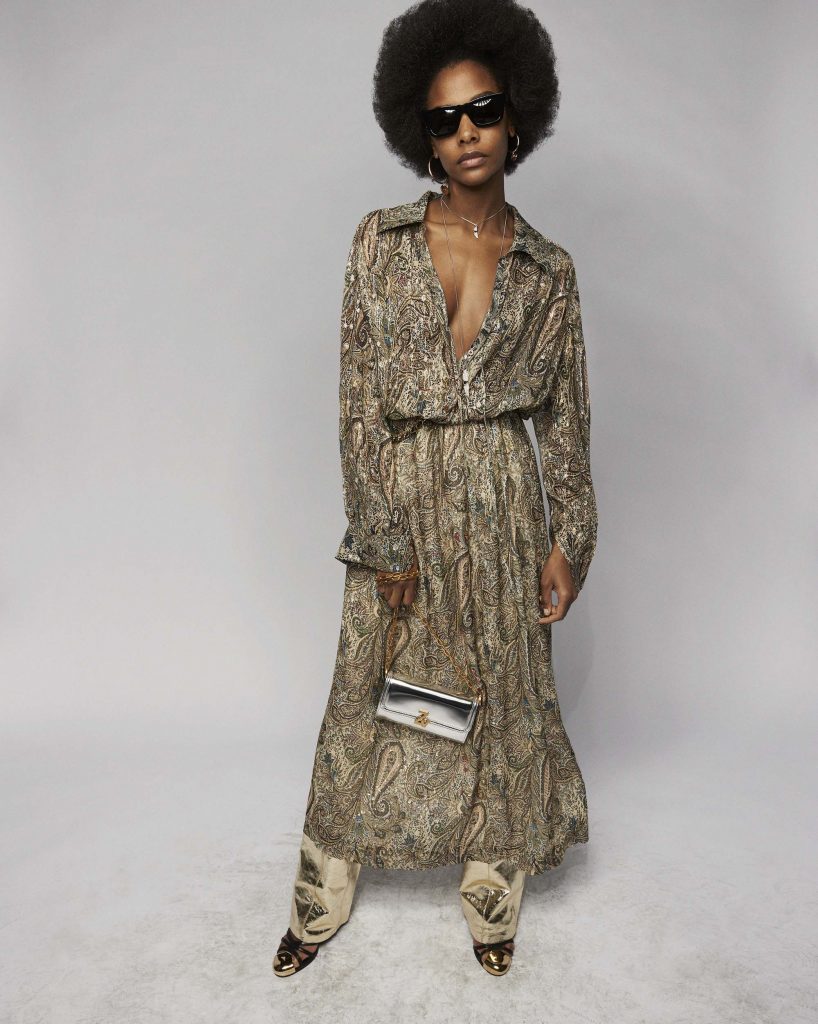 In China, Zadig & Voltaire has rebranded itself as “Sàdigé” – easier to say for the Chinese – and plans to multiply its activity there tenfold. The retailer has already been present in China for 10 years through a 50:50 joint venture with IT Group, but it has now created a wholly owned company for China, Sàdigé. Zadig currently has 16 stores in China and also sells on its biggest online sales platform, Alibaba’s Tmall.

The company hopes to reach 60 boutiques by 2025 and to increase its visibility on Chinese social networks such as Weibo and Wechat, and Chinese ecommerce platforms. Alongside this, the retailer has just announced the appointment of a CEO for China, Jean Lahirle,  who has 25 years’ experience in Asia, advising luxury brands such as Chanel, Celine and, more recently, Delvaux on their retail strategies in the region.

Zadig’s ambitions do not stop at China. The retailer hopes to open 122 stores in France and overseas  by 2025, representing a 36% increase in its store footprint. While China will be the main focus in terms of opening stores – it hopes to have more than 45 stores by 2025 – it also wants to expand in Europe and North America. Baume believes the brand weathered the months of store closures because, unlike fast fashion retailers, its customers tend to visit once or twice a season, so it did not make a difference to wait until retail reopened. 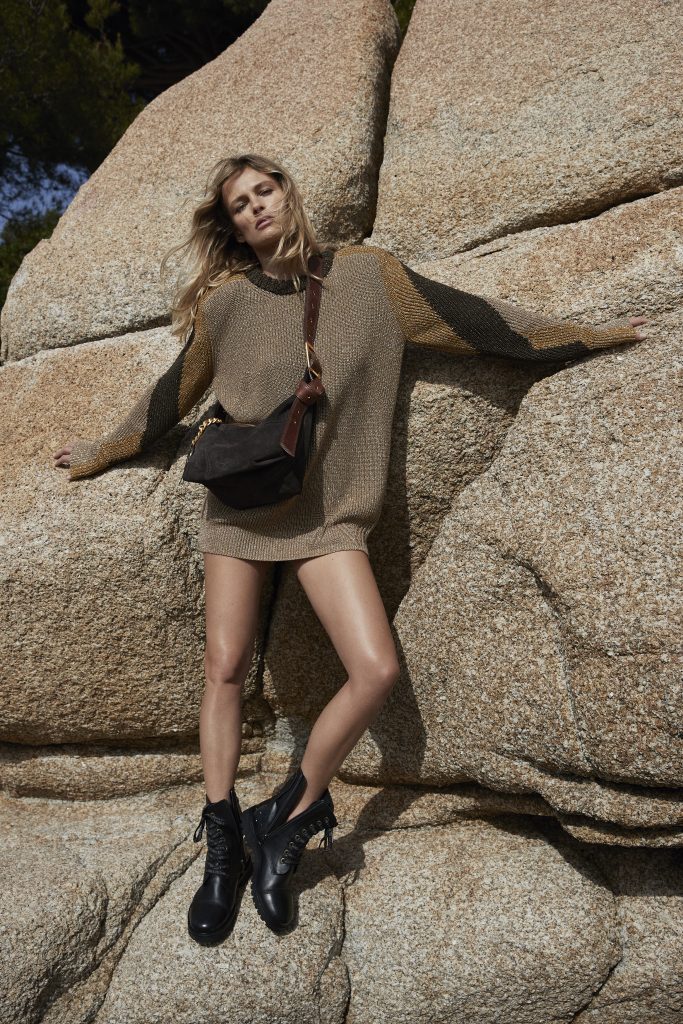 At the same time, Baume is committed to a strong digital strategy. Before the pandemic, digital represented 15% of sales. During the lockdowns, digital sales, representing sales on its website and online market places doubled, but they have since stabilised at 25%. The brand aims to reach 30% by 2025. Part of the strategy will involve developing a pre-order policy, where customers will be able to shops clothes online from the day of Zadig’s Paris fashion week shows for autumn/winter and spring/summer.

Crucially, however, Baume wants to achieve all this while launching VoltAIRe – Zadig’s global sustainability programme. It intends to use 100% environmentally responsible key raw materials by 2025: 100% of cotton will be organic; 100% of virgin cashmere items will be Good Cashmere Standard; 100% of its virgin wool items will be Responsible Wool Standard; and 100% of leather will come from Leather Working Group tanneries.

It is a bold new plan for expansion, and there will be challenges in transforming Zadig into a mainstream luxury brand in China and winning over Asian consumers. But it is reassuring to see that alongside the business plan, sustainability is front and centre. But what now for Gillier?

All images courtesy of Zadig & Voltaire