Trip to The Connaught

The Connaught, a bit like Claridge’s, is one of my old London stomping grounds, in this case, I used to pop in because it was close to my hairdressers. I’ve always loved hotels largely because I was fortunate to visit and eat in so many as a child. A visit to such an establishment always brings back fond memories.

At the heart of Mayfair Village since the early part of 19th century, The Connaught has evolved into a historical London hotel of charm and refined elegance.

The hotel was founded by the Frenchman Alexander Grillion who once worked as chef de cuisine for the MP of Chester John Crewe. In 1803, he established an hotel and took over a pre-existing club at Albemarle Street. He renamed the club Grillion’s, a neutral ground for Whigs and Tories where they could dine and talk together without the acrimony which characterised their parliamentary encounters.

The hotel of the same name had royal connections from early on. In 1814, Louis XVIII stayed at Grillion’s on his way to Paris and his restoration to the French throne.

In 1815, Alexander Grillion opened the Prince of Saxe-Coburg Hotel as an offshoot of Grillion’s Hotel – formed of two houses owned by the Duke of Westminster. For convenience, it was known as The Coburg until 1917 when, during the First World War, it was renamed The Connaught, a reference to Queen Victoria’s seventh child Arthur, later Prince Arthur, Duke of Connaught and Strathearn.

Grillion’s at Albemarle Street was closed when its lease expired. The operations were moved to the Clarendon on Bond Street, back then London’s largest and most expensive hotel. But the Grillon connextion did not last long and the hotel closed in 1872. The Grillon connection to The Coburg ended in 1879, when one Auguste Scorrier was granted the hotel lease from the Duke of Westminster.

In the 1890s, the Coburg was the ‘playground’ of Mayfair, and the Prince of Wales would use it for champagne-and-peaches parties whenever he felt cramped at Marlborough House.

Fast forward to 1892, when the architect Lewis H. Isaacs, already responsible for the building of two other hotels, was chosen by the Duke of Westminster to rebuild the two houses that had made up the original Coburg. He created a new, sumptuous one from the ground up. It all happened under the direction of the businessman Sir John Blundell Maple, son of John Maple, the founder of John Maple & Co, the famous furniture makers. In 1897, the new Coburg opened its doors, and a 90-year lease was signed on the building by a syndicate led by Sir John Blundell Maple. Obviously, the new Coburg was furnished by John Maple & Co, which also fitted the Elysée Palace and part of the Ritz in Paris. 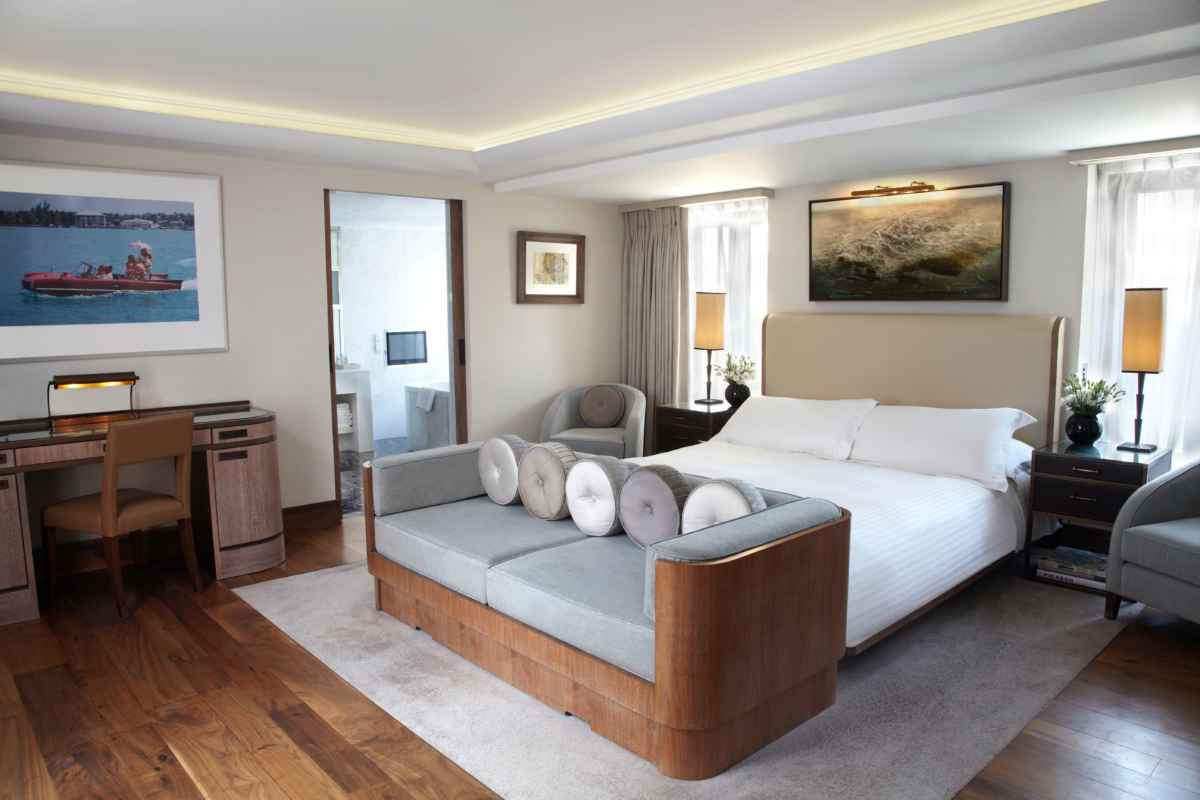 Sadly by the mid-1930s, the hotel was in poor shape and needed some serious re-freshing. New Swiss General Manager Rudolph Richard provided it in 1935. He brought the equipment and furniture up to date, from the mattresses and the furniture to the boilers and refrigerators. He also improved the restaurant and the wine cellar.

Throughout 19th century, The Coburg had attracted illustrous guests. This did not change in 20th century under its new name. In the 1940s, for roughly two years, Charles de Gaulle lived in suite 103, taking an additional room for his aide.

After the Second World War, Rudolph Richard was astute enough to recognise that the pre-war days would never return. At The Connaught, he aimed for perfection and “restrained elegance”, which characterises the hotel even today.

The new century ushered in new forms of entertainment and a new breed of celebrities. Directors and (former) film stars such as Princess Grace of Monaco (the former actress Grace Kelly), Luchino Visconti, David Niven, Cary Grant and Lauren Bacall were regulars at The Connaught, as was Cecil Beaton, the photographer, diarist and designer. 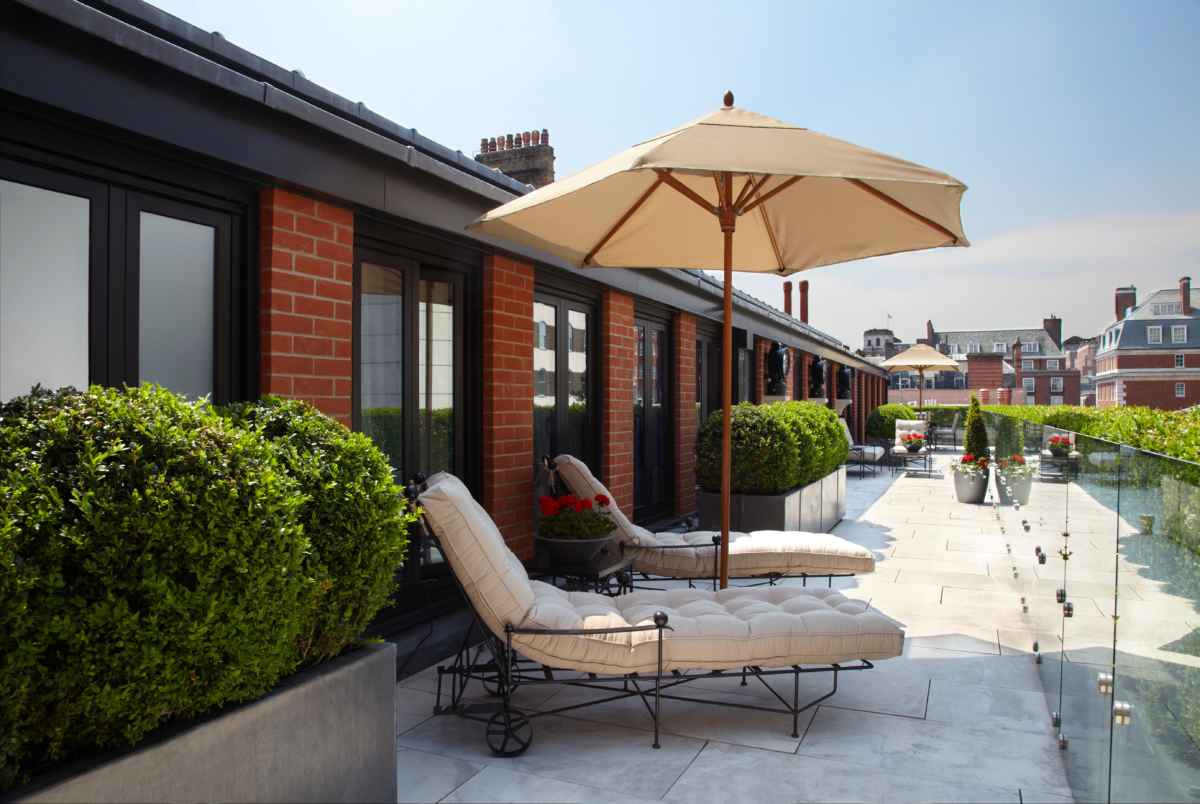 The other major 20th century figure at The Connaught was the Italian Paolo Zago, appointed GM in 1973 and Managing Director in 1980. Like his predecessors, he continued the tradition of keeping well trained, competent staff for decades. In a rare interview, he confessed that during his first six months as GM he did absolutely nothing but watch, listen, learn — and take notes. He refused mediocrity and standardisation. He focused on the continuity of good taste, dignity and old-fashioned values, while allowing the hotel to evolve naturally. He gradually introduced new back-of-the-house accountancy and logistics as well as new technologies such as air-conditioning. In 1993, 70% of all guests were return visitors. 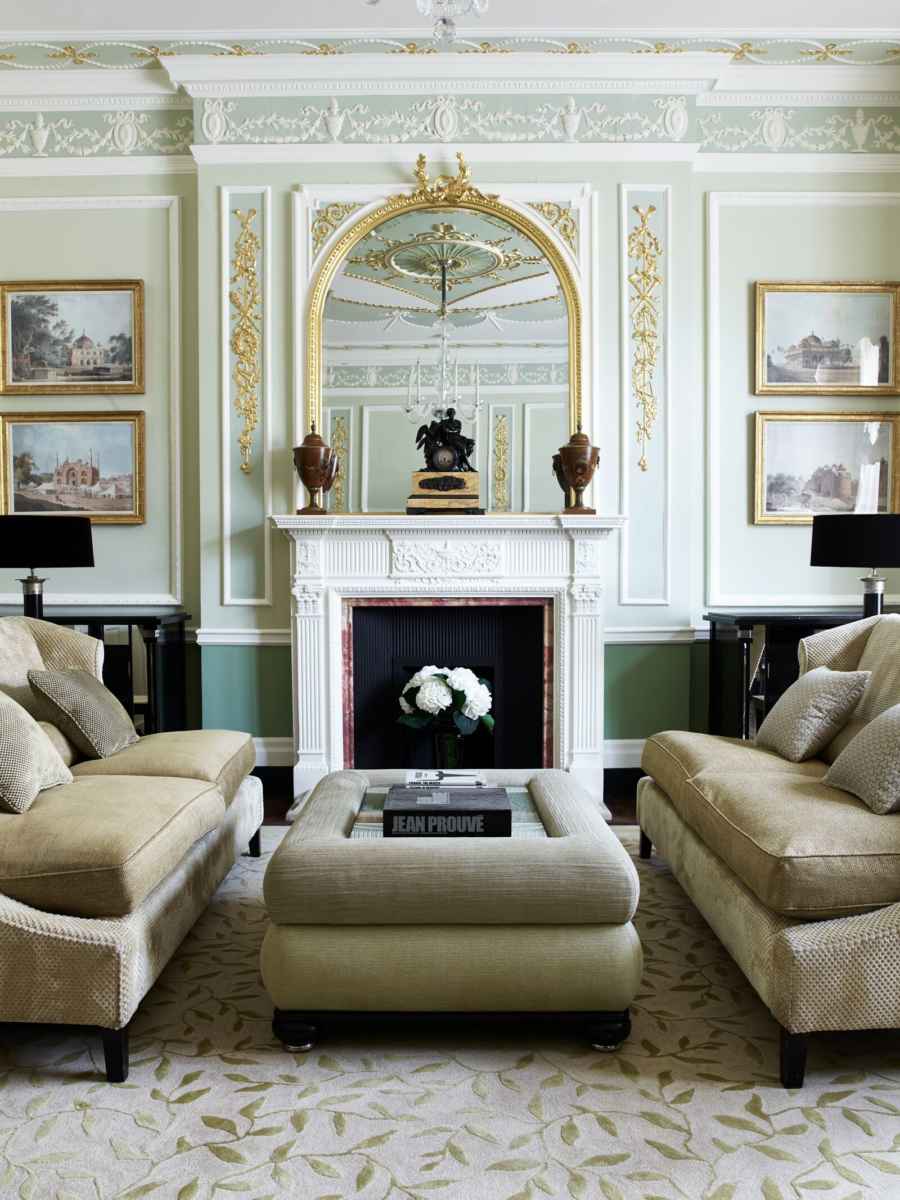 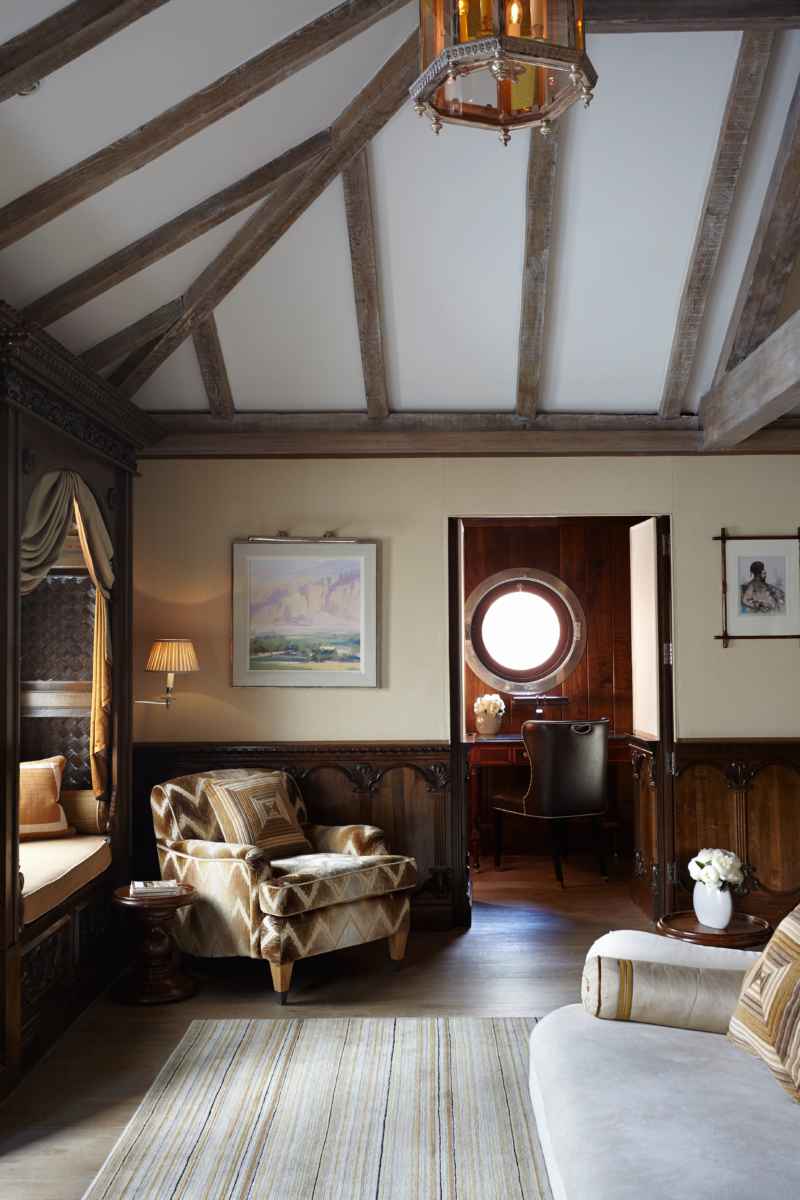 The Mews at The Connaught

A hotel is a work in progress. A major, £70 million faceflift ended in 2007, when The Connaught re-opened its doors after an ambitious restoration and refurbishment project. Among the highlights were a new wing, the Aman Spa, a serene Japanese garden and David Collins’ designed luxurious Apartment suite.

Another major addition came in 2018 with unveiling of The Mews at The Connaught, a three-story townhouse with its own private entrance on Adam’s Row. The Mews were designed by well-known architect Michael Blair to give it the look and feel of a private house in the heart of the city for the ultimate discerning urban traveller..

People looking for the limelight would stay at Claridge’s, people valuing privacy at The Connaught. Incidentally, since 1956, both hotels have been operating under the same umbrella: first the Savoy Hotel Ltd (which took over The Connaught to fight off an unknown investor ready for an unfriendly takeover), subsequently the Maybourne Hotel Group (which also includes The Berkeley).

Until today, The Connaught remains faithfull to Rudolph Richard’s philosophy: Offering guests an unpretentious home away from home, serving others in an atmosphere of friendliness and comfort. 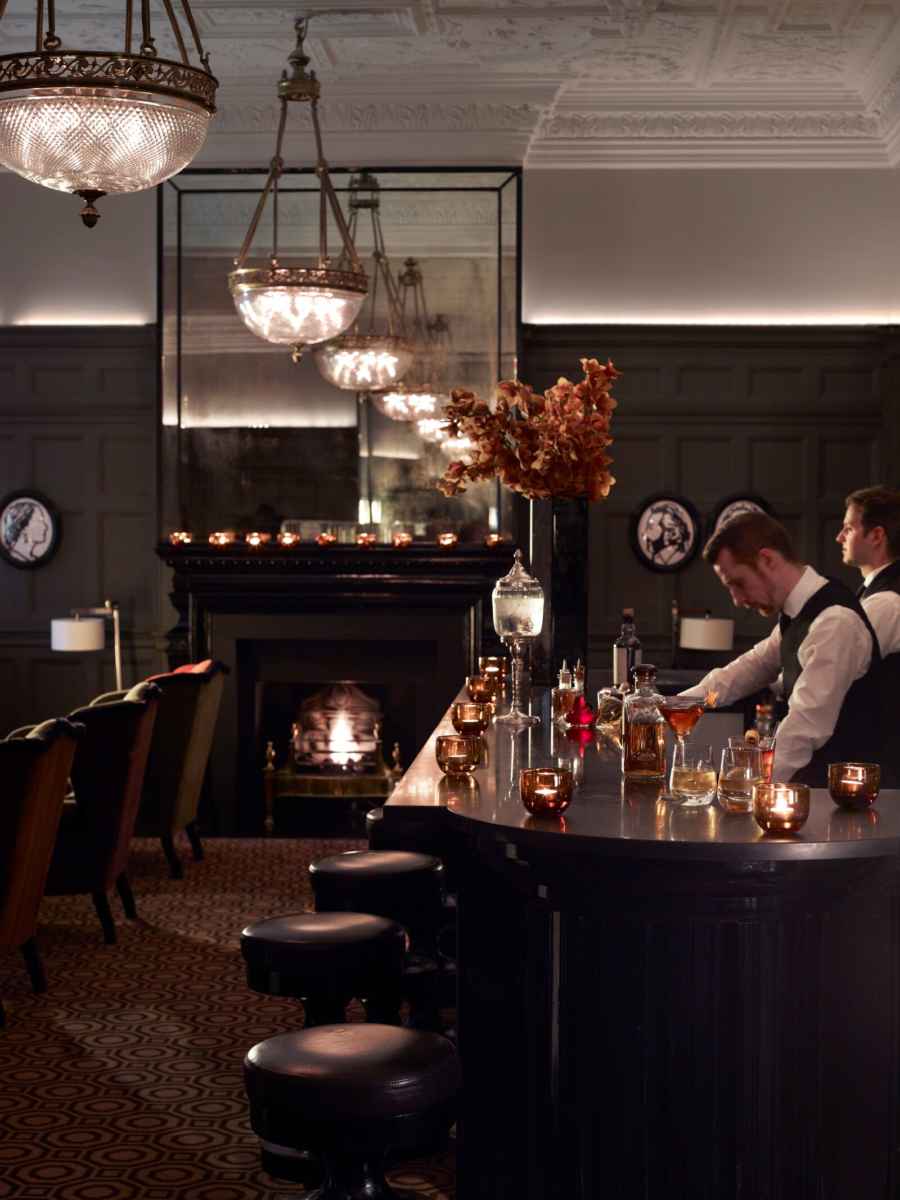 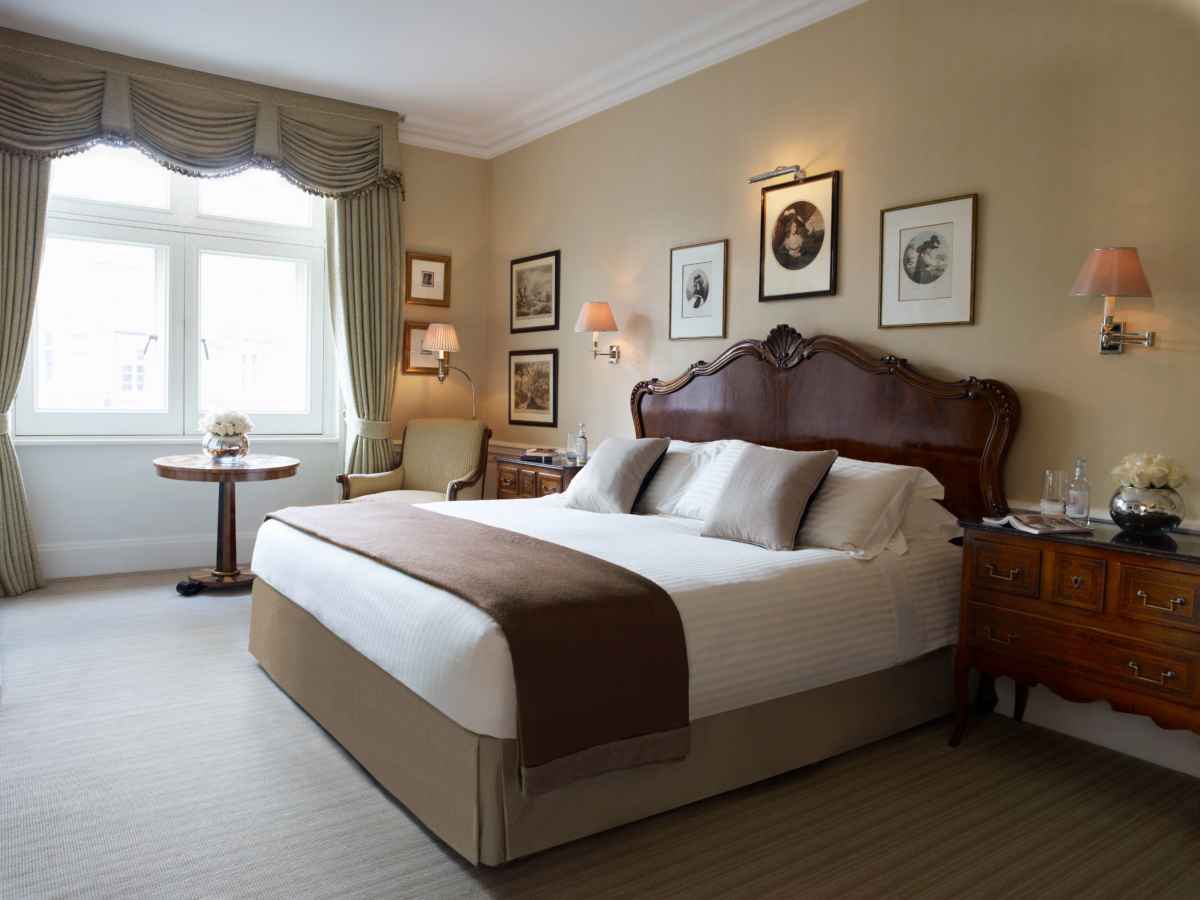 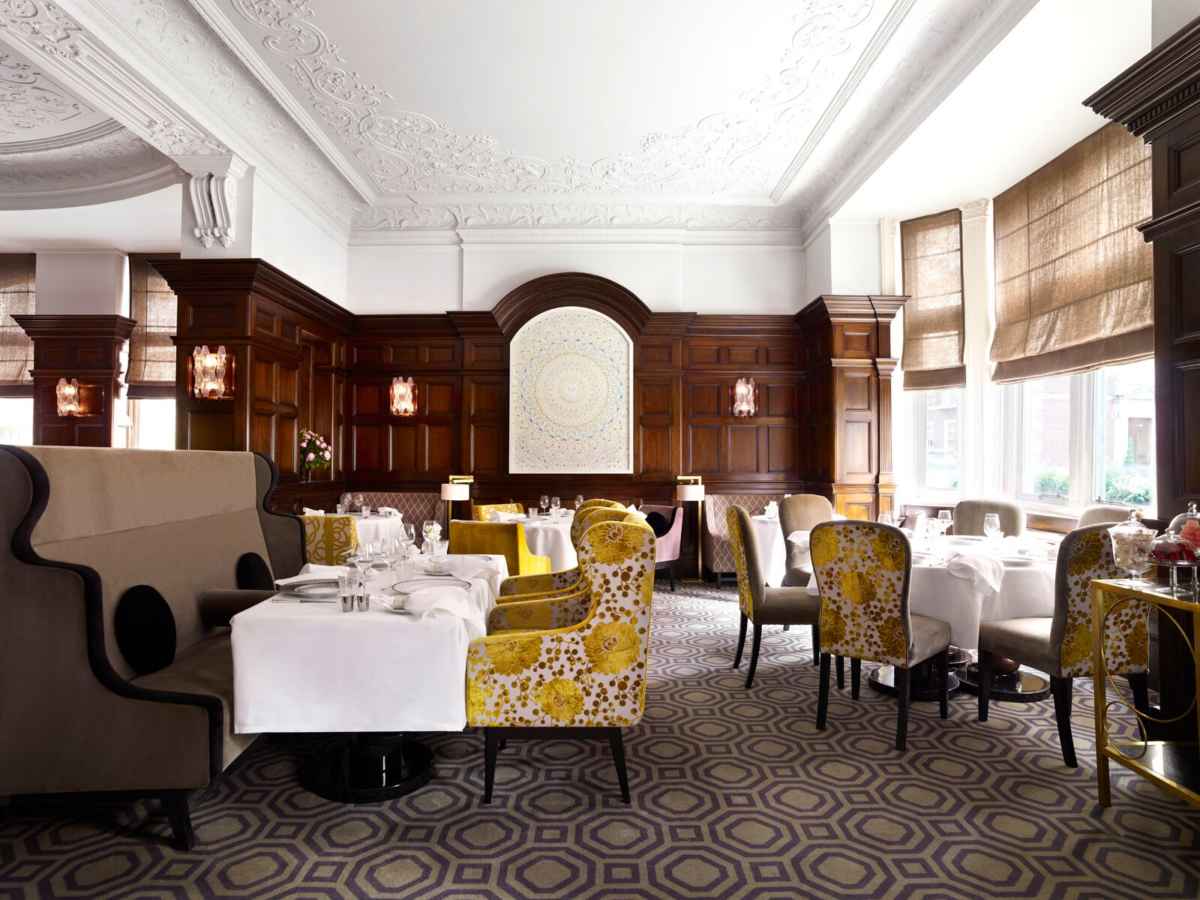 23 Comments on “Trip to The Connaught”