Located at the entrance of Vieux Nice, the Opera Nice Côte d’Azur is a real architectural masterpiece laden with history, which since 1885 has hosted a variety of ballets, operas and symphonies though I’ve previously only been here for sporting events! 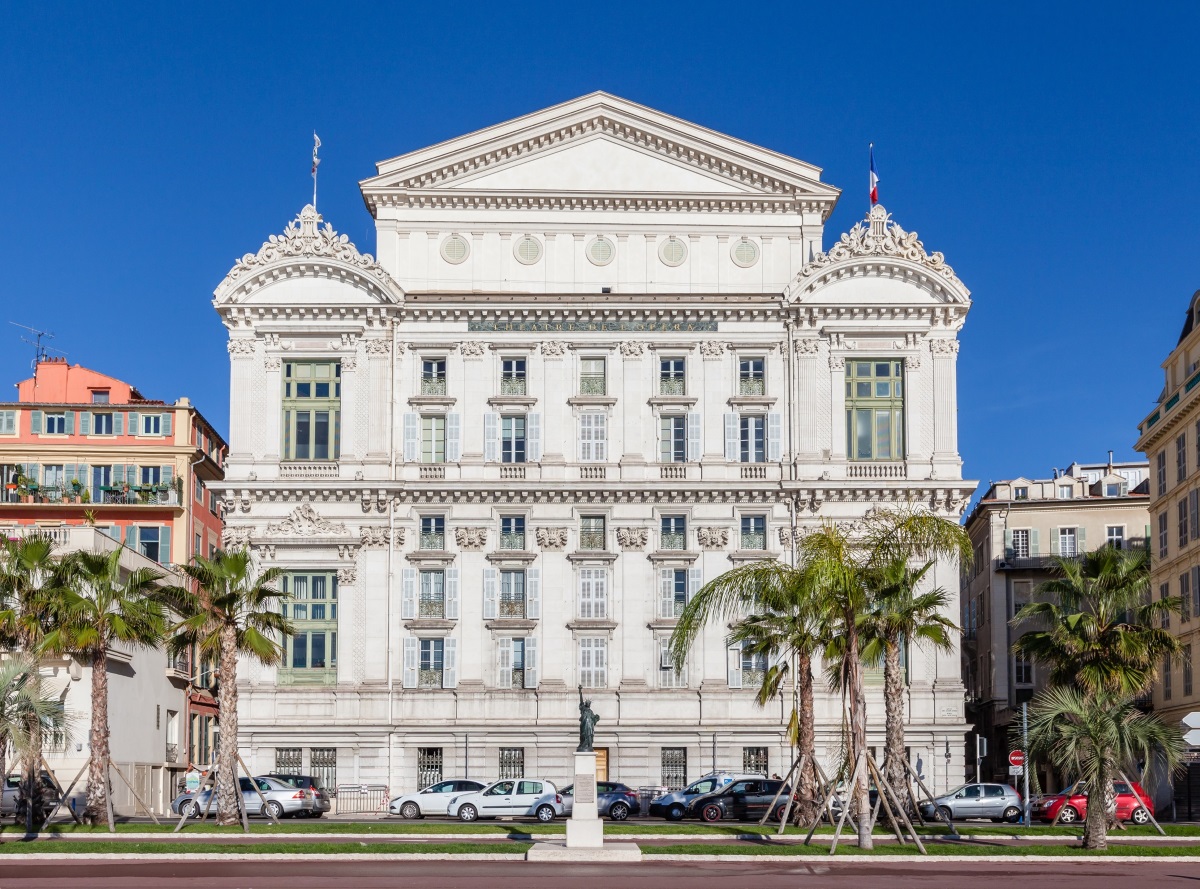 We enjoyed watching a ballet here during the Christmas period. 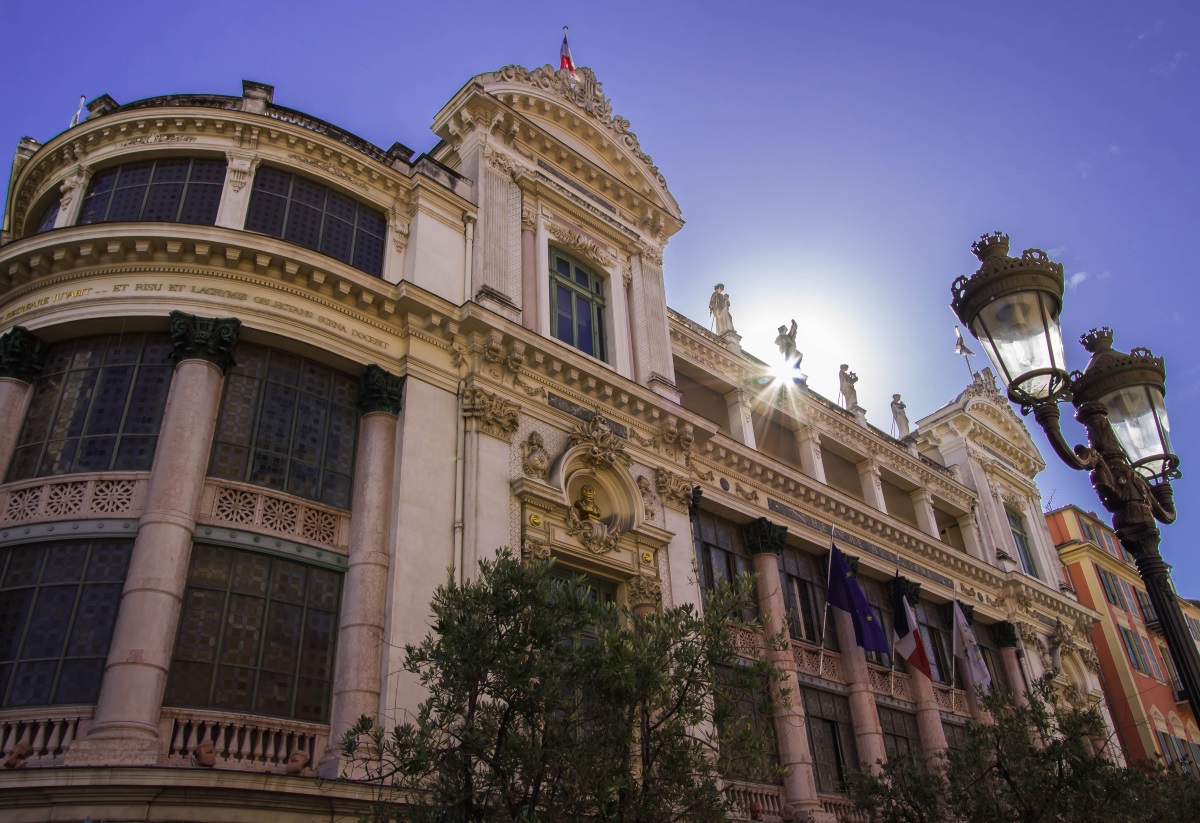 Rebuilt in 1885, the Opera’s amphitheatre can accommodate more than 1,000 people who come to attend dazzling musical performances of contemporary works or adaptations of traditional shows. Among the most historic performances have been those of La Bohème, Samson and Dalila, the Barber of Seville, Don Quixote, Otello and the famous La Traviata. Apart from the various performances, it also hosts guided and commented tours to explore all its rich history and secrets hidden. The Opera Nice Côte d’Azur has been registered as a Historic Monument since 1992. 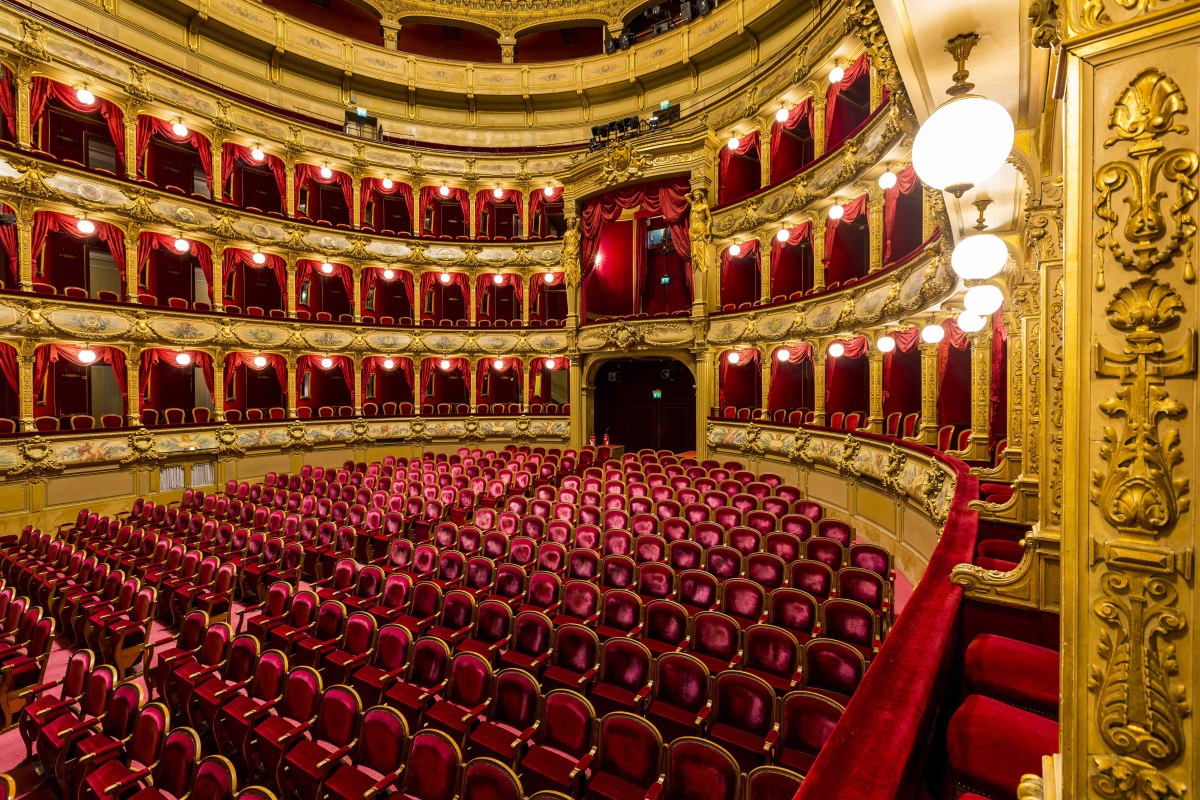 The “petit théâtre en bois” (wooden theatre) was first created in 1776 by Marquess Alli-Maccarani. Sold in 1787 to a group of gentry, it reopened in 1790 under the name “Théâtre Royal”.

In 1826, the city of Nice, encouraged by King Charles Félix, bought it from its owners and had it demolished and rebuilt. It was inaugurated in 1828 with Giovanni Pacini’s Il Barone di Bolsheim.

In 1856, a great ball was organised in the honour of King Victor Emmanuel II.

In 1860, Napoleon III was invited to attend an evening at the Théâtre Royal. For this special occasion, Johann Strauss led the orchestra. The same year, the theatre became the “Théâtre Impérial”. In 1864, Napoleon III returned, accompanied by Tsar Alexander II of Russia. In 1868, Louis II, Duke of Bavaria attended a performance of Cendrillon. The Théâtre Royal was renamed “Théâtre Municipal” in 1870.

On Wednesday, 23rd March 1881, as the opera Lucia di Lammermoor began, a gas leak started a huge fire. The fire was controlled the next day but there was nothing left of the theatre. The city of Nice immediately decided to rebuild another theatre on the same site. It was designed by architect François Aune with the apparent approval of Charles Garnier, the architect of the Paris Opera. On February 7th 1885, the Théâtre Municipal re-opened with Verdi’s Aida. Over the following years it hosted the French stage premieres of operas such as A Life for the Tsar, Eugene Onegin, La Gioconda, Manon Lescaut, Marie-Magdeleine, Katerina Ismailova and Elegy for Young Lovers.

In 1902, it was named Opéra de Nice and is today referred to as Opéra Nice Côte d’Azur.

With the support of the Médecin family of Nice, the house flourished, attracting major singers and directors in opera, but despite the efforts of Jean-Albert Cartier from 1994–1997, the importance of the house declined.

From 2001 to 2009 the director-general was the Belgian producer Paul-Émile Fourny. He was succeeded by Jacques Hédouin, with a policy of closer working with the Opéra de Monte-Carlo, as well as closer collaboration with the two regional orchestras, the Orchestre philharmonique de Nice and the Orchestre régional de Cannes-Provence-Alpes-Côte d’Azur.

The Opéra’s workshop, called Diacosmia, from the Greek word “diakosmos” meaning “decor”, was inaugurated on 18th June, 1987. This is where everything from costumes to sets is created. The building also houses rehearsal rooms for the Nice Philharmonic Orchestra and the Ballet Nice Méditerranée. 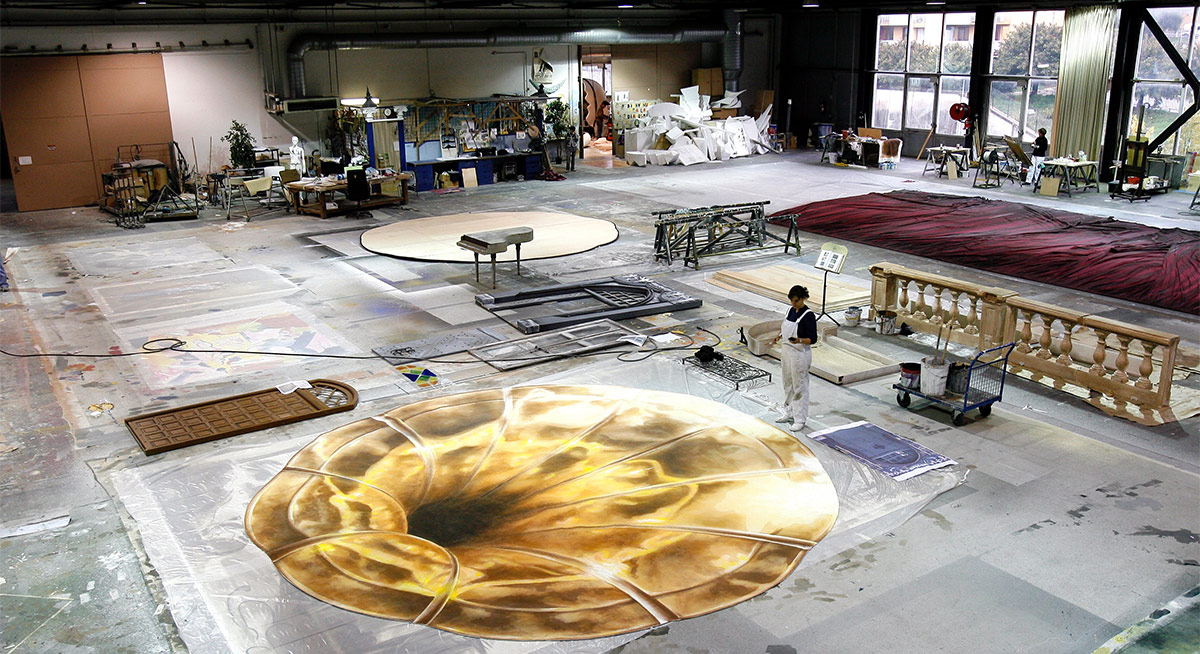