Whenever I photograph a door I wonder about its provenance, who and what has happened across said door. I thought I might pick one of my doors from #Thursdaydoors and tell you a bit more about it or……weave a story around it.

Today’s door is that of the town hall of Nice which has enjoyed a number of different lives!

The destruction of the ramparts ordered by Louis XIV in 1706 allowed the extension of the New Town (Vila Nova de Nice ) towards the marshy district called “Pré-aux-Oies”. Urbanization began in 1717 with the sanitation, development and subdivision of this district, with its first breakthrough street, rue Saint-François de Paule.

The powers that be decided to install a new seminary on this site. The first part of the current buildings seems to have been built as early as 1722 while the were completed between 1730 and 1750.

In 1791 the seminary was requisitioned by the King of Sardinia, ruler of Nice, who installed military troops there. In 1793, it was transformed into a prison following the occupation of Nice by Republican troops. Between 1804 and 1815,  the building housed a gendarmerie. Then it was the turn of the Saint-Roch hospital to move into these premises. After the construction of the new Saint-Roch hospital in 1858, the building regained a provisional function as a gendarmerie.

In 1866, when the building was sold to the City of Nice, the latter undertook significant restoration works under the direction of the municipal architect François Aune in order to install the town hall there (new design of the facades, arrangement of the wedding hall and the registry office, etc.). The town hall, previously housed in Place Saint-François, first opened its doors in 1868.

In 1928, following the election as mayor of Jean Médecin, further works were undetaken, particularly to the exterior by the architect Nicolas Anselmi. At the same time, the interior was totally renovated by the architect-decorator Clément Goyenèche in an Art Deco style which remains today. The building was further extended in a similar style in 1967. 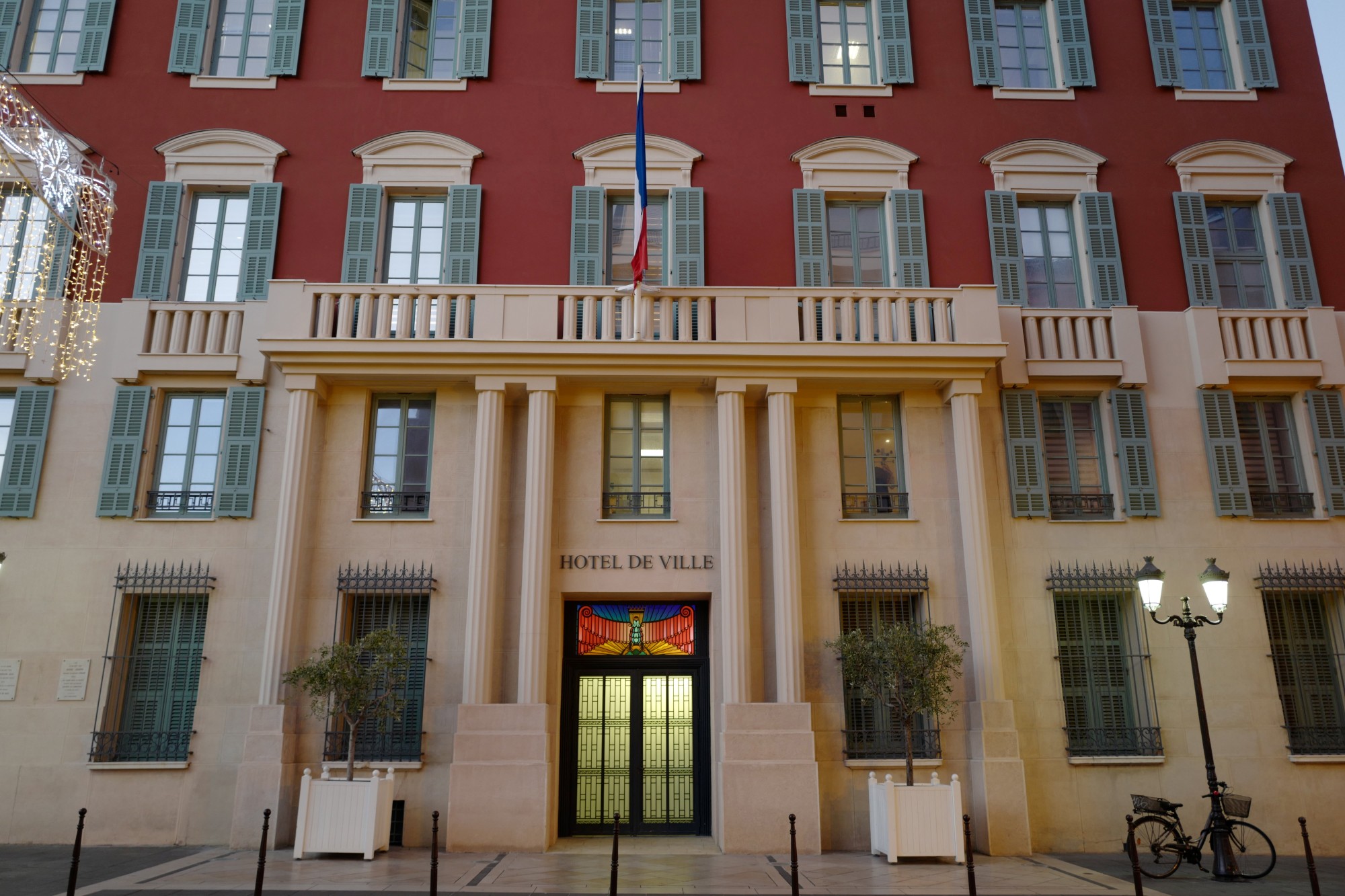