After admiring the outside of the Fondazione Prada we trotted along to the Poldi Pezzoli Museum, in the heart of Milan, housed in a lovely 17th century palace, just moments from the Galleria Vittorio Emanuele II, the Pinacoteca di Brera, Milan Cathedral and Piazza Mercanti. It’s also close to Via Montenapoleone, home to the smartest and most exclusive shops in the city where I love to window shop. 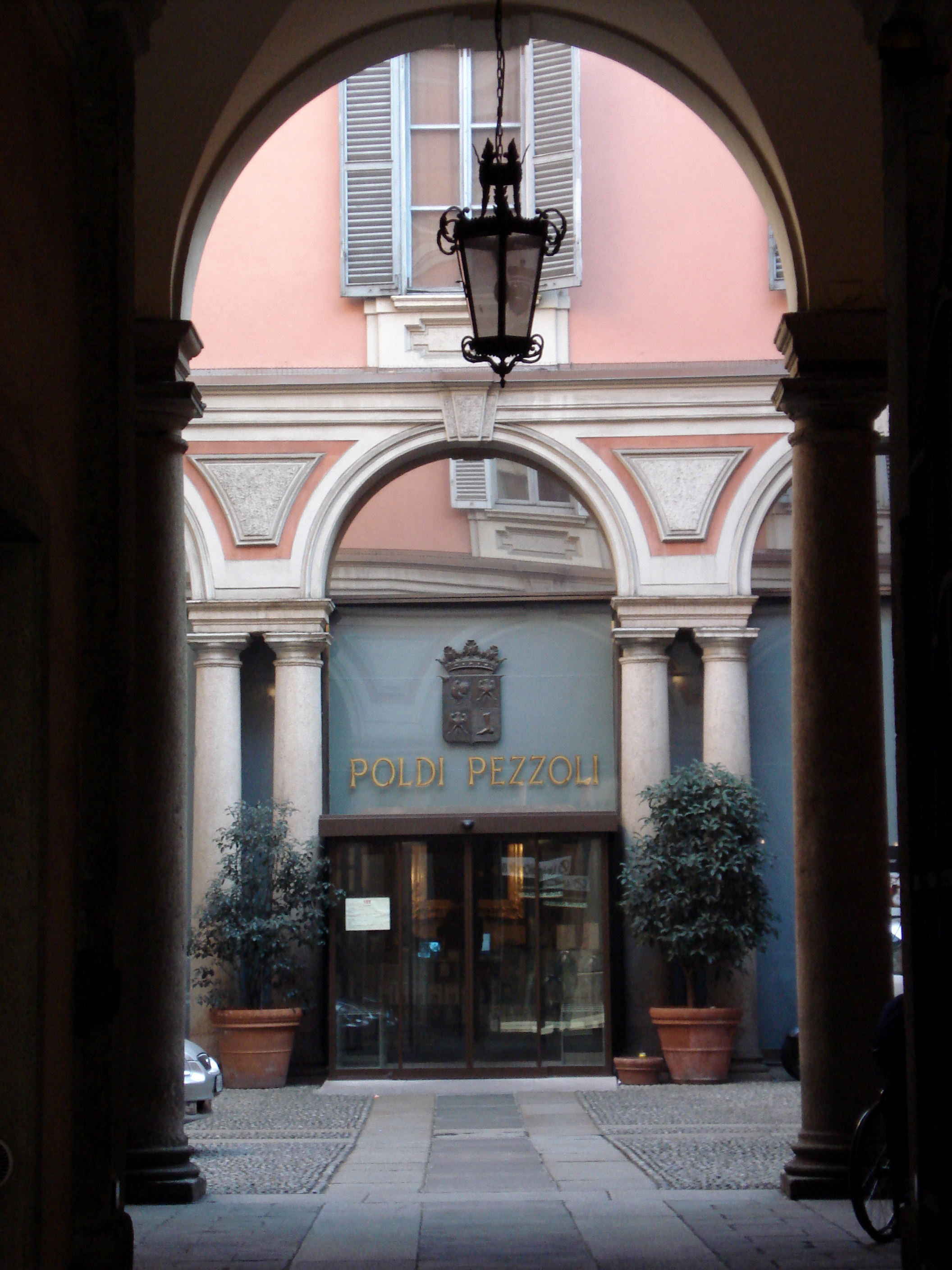 The Poldi Pezzoli Museum is not well-known even by the Milanese but has an extraordinary collection of works. It contains the fascinating bequest of collector and aristocrat Gian Giacomo Poldi Pezzoli (1822-1879) and features masterpieces by the old masters, including Michelangelo, Filippo Lippi, Andrea Mantegna, Bellini, Piero della Francesca, Raphael, Canaletto, Tiepolo and Botticelli. It also contains Renaissance keepsakes, pocket watches, porcelain and remarkable furniture.

Gian Giacomo Poldi Pezzoli inherited his love of art from his mother, Rosa Trivulzio, the daughter of Prince Gian Giacomo Trivulzio. When he inherited at the age of 24, the young aristocrat gave his support to the 1848 revolution and consequently was forced into exile and had his assets confiscated by the Austrian government. Austrian repression forced him to move around Europe, which gave him the chance to meet other international collectors, soak up and collect more European art.

In London, he was fascinated by the space that would later become the Victoria & Albert Museum. Poldi Pezzoli began to accumulate paintings and other works of art, such as weapons, ceramics, rugs, archaeology, gold and silverwork, etc. This was probably when he bought the largest 16th century Persian rug in the world, today displayed in the Poldi Pezzoli Museum.

On his return to Milan, he recovered the family home and lived there for the rest of his life, surrounded by wonderful pieces of art and valuable objects. During this time, he hired cabinetmakers, painters and scenographers to decorate the rooms his home as if each were a theatrical stage. Each room had a different design to best present the pieces that were displayed there. 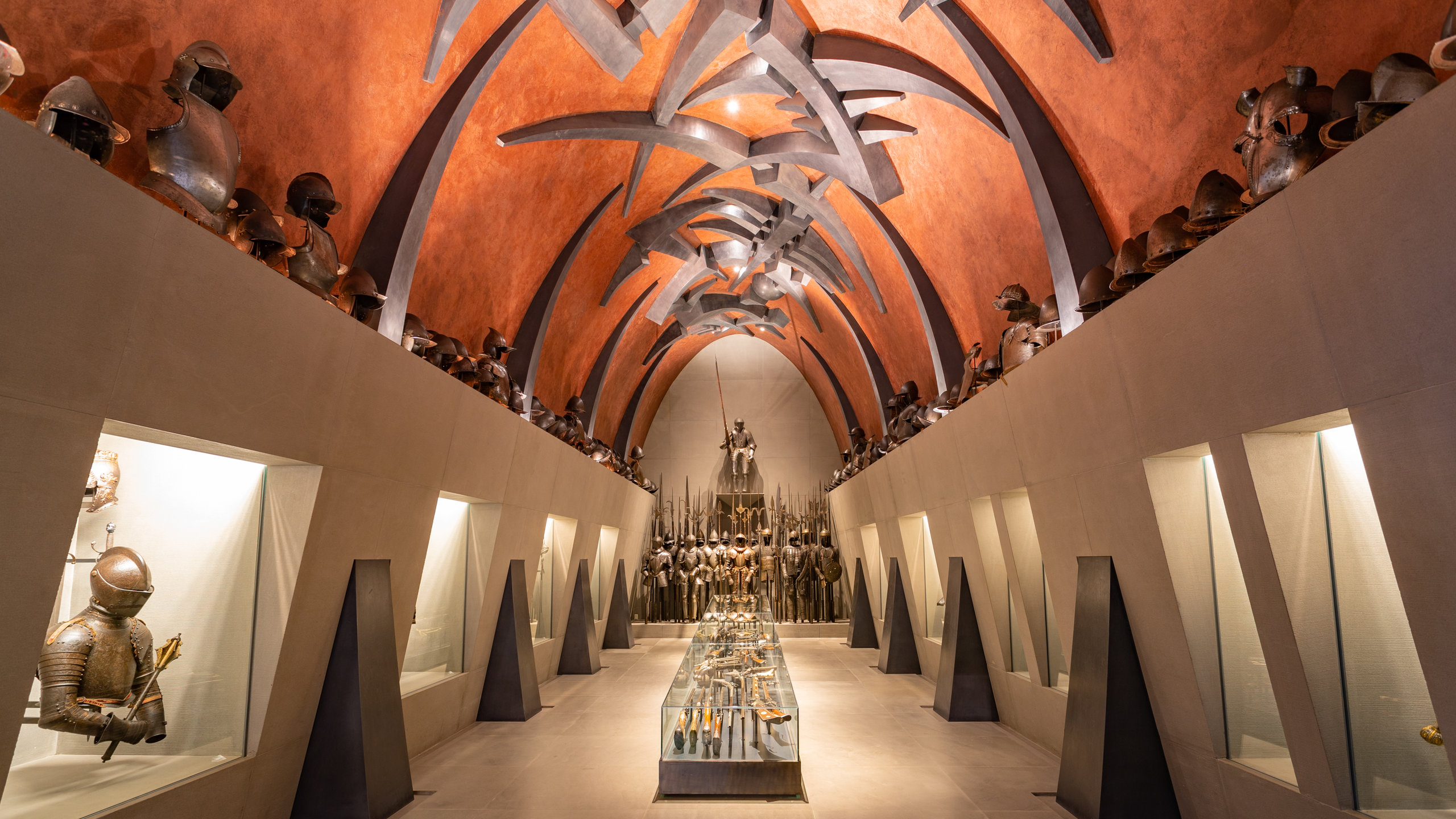 The most visited rooms at the museum are the Armoury, designed by sculptor Arnaldo Pomodoro, and the Golden Room, which displays this museum’s greatest masterpieces, including the Pietà by Botticelli and the Portrait of a Lady by Antonio Pollaiolo, an emblem of the institution. This room also has wonderful views of the rear garden of the building.

Its unique decoration has inspired other museums, such as those belonging to American Isabella Stewart Gardner in Boston, and French couple Nelly Jacquemart and Edouard André in Paris, both of which I’ve visited and loved.

When Poldi Pezzoli died in 1879 aged 57, he left his two-storey house and collection to the Pinacoteca di Brera. Its director, Giuseppe Bertini, prepared the Poldi Pezzoli Museum for its official opening in 1881. In his will, the aristocrat wrote that his house should be converted into a museum for the use and benefit of the public, in perpetuity.

During WWII, the Poldi Pezzoli Museum was irreparably damaged but the collection was unharmed because it had been evacuated before the bombing. However, the windows, stucco and sculptures were completely destroyed. It was renovated and reopened in 1951.

During the second half of 20th century, the Poldi Pezzoli Museum has welcomed important bequests from significant collections covering everything from textiles to clocks and paintings.

And finally, there’s an interesting story to be told about the Poldi Pezzoli Museum… Apparently aristocrat Gian Giacomo had the unusual idea of calling a smoking strike when the Austrians invaded the city, persuading the inhabitants of Milan not to buy tobacco or lottery tickets to cause serious financial damage to the Austrian Treasury’s coffers.